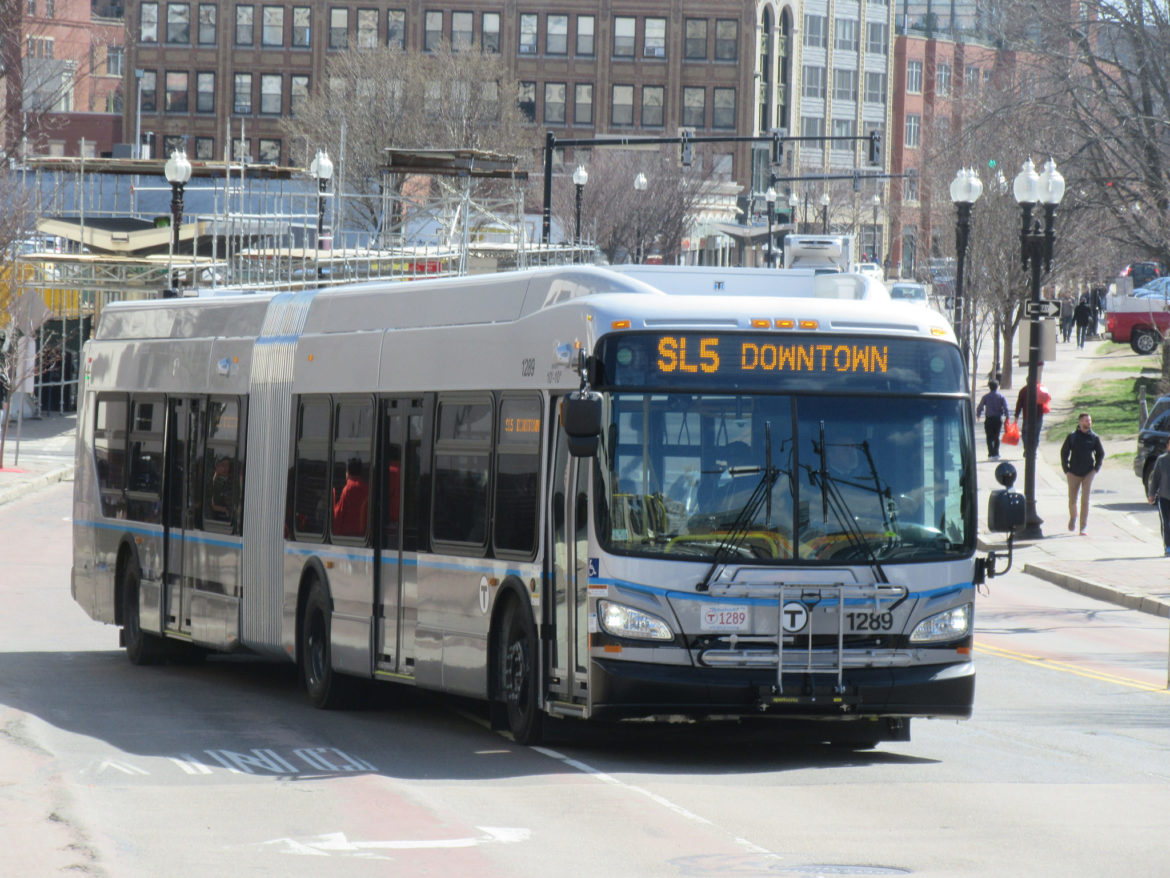 A letter to the governor and the region’s top transit official last month calls for purchasing electric vehicles only by 2030.

The Massachusetts Bay Transportation Authority, the agency that runs the majority of public transit in the greater Boston area, earlier this month authorized the acquisition of 194 new diesel-electric hybrid buses that it expects will cut fuel costs and reduce emissions.

That progress is inadequate, though, according to a letter signed by more than 100 local shops, restaurants and other businesses seeking a commitment from the agency to purchase only electric vehicles by 2030.

“We, the undersigned Boston city businesses, support the transition of MBTA’s fleet to zero emission electric buses so that we can meet our shared goals of reducing air pollution, lowering greenhouse gases and make our neighborhoods more welcoming,” the Sept. 10 letter says.

Massachusetts has some of the country’s most aggressive carbon-cutting goals, with laws requiring an 80 percent reduction by 2050. The transportation sector is the largest carbon polluter in the state, responsible for 40 percent of all emissions. Transportation is considered a major target for reductions as the state works toward its goal.

The MBTA bus fleet currently includes nearly 1,000 diesel, diesel-electric hybrid, and compressed natural gas buses. In 2015, the Federal Transit Administration awarded the agency a grant of $4.14 million to obtain five battery-electric buses, which are scheduled for delivery in 2019. The new hybrid buses authorized earlier this month are expected to be delivered over a 15-month span from June 2019 to September 2020, and are intended to replace 193 diesel buses purchased in 2004.

Because the new buses have more efficient batteries, this upgrade should save about 225,000 gallons of fuel annually, a reduction of about 5 percent to total fleet fuel use, and cut greenhouse gas emissions by 41,000 tons, William Wolfgang, MBTA director of vehicle engineering, told the agency’s Fiscal and Management Control Board at the October 1 meeting where the purchase was approved.

Across the country, an increasing number of transit agencies are making big moves toward electrifying their bus fleets. Los Angeles has plans to make the switch to electric by 2030 and the country that includes Seattle is aiming to be completely electric by 2040. The transit agency serving Minneapolis-St. Paul last week withdrew a proposal to buy diesel-electric hybrid buses until it can further study electrification of its fleet.

Meanwhile, environmental advocates argue, the MBTA is lagging behind, moving too slowly on electric buses even as it continues to acquire new fossil-fuel burning vehicles.

“Our key objective is to get the MBTA to act on electrifying their fleet,” said Veena Dharmaraj, program manager with the Massachusetts chapter of the Sierra Club. “I don’t even know what the delay has been.”

Dharmaraj led the coordination of the letter, which points to the violent and volatile weather that is widely expected to increase as a result of climate change. After closed by a natural disaster, 40 percent of businesses never reopen and another 25 percent fail within a year, the letter notes, citing a report from the Federal Emergency Management Agency.

“If we are to address climate change impacts, we need to address public transportation,” Dharmaraj said.

Public health is another major concern cited. Diesel emissions can cause or worsen asthma and lung disease. And this pollution can hit hardest in low-income neighborhoods, which are more dependent on public transportation and more likely to be served by high-volume bus lines.

About 80 percent of the businesses that signed on are located in the neighborhoods of Jamaica Plain, Roxbury, and Roslindale, home to some of the busiest bus routes in the city.

The businesses that signed on to the letter echoed concerns about the potential for more frequent and powerful storms to cause financial problems. Vincent Petryk, owner of local ice cream chain J.P. Licks, worries what would happen if a hurricane knocked out electricity for more than a day or two.

“I haven’t been able to come up with any plan that makes any sense to insulate us from a two- or three-week power outage,” he said.

In the long term, he noted, climate change is also likely to damage the pasture land dairy cows depend on, increasing the price of milk and thus his costs.

David Doyle, owner or co-owner of three businesses in Jamaica Plain, agreed that climate change poses a business risk, but his main concern is about the legacy he will leave for future generations, he said.

“It’s a concern that we as a population are not taking seriously enough,” he said. “I have a six-year-old, so I think about the world the kids are growing up in.”

The MBTA declined to comment on the push for faster electrification. The Sierra Club and concerned businesses, however, intend to keep the pressure on as the agency plans for the replacement of aging buses.

“We want to make sure that electric buses are a big part of that conversation,” Dharmaraj said.