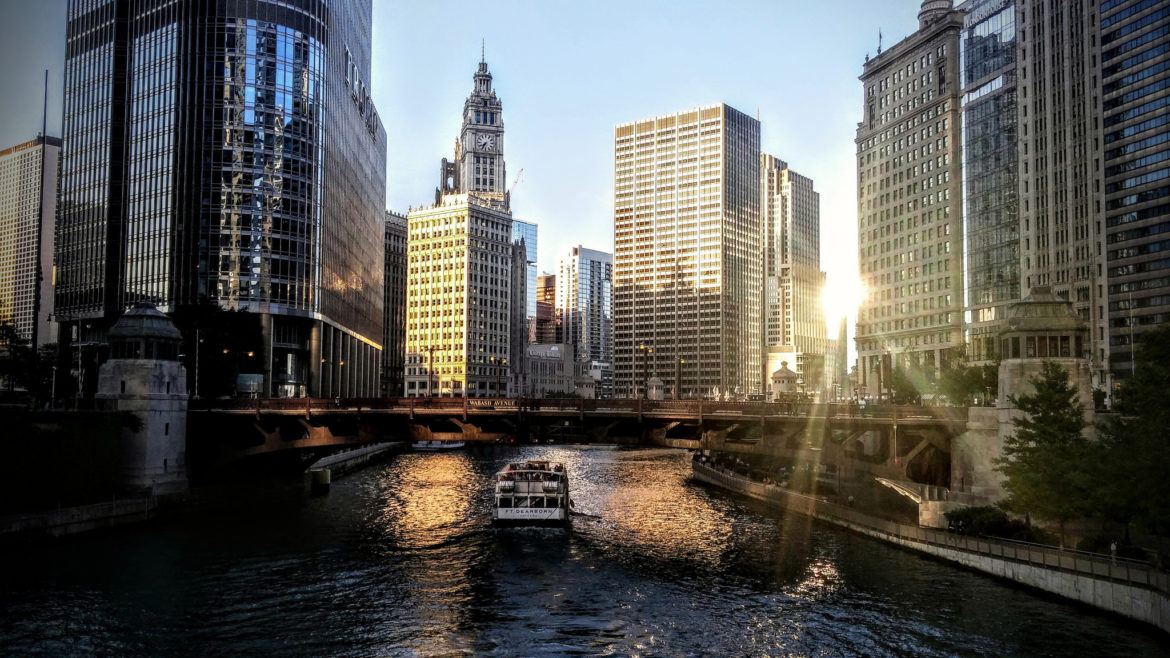 Chicago attorney Mark Johnson joked that when he got his first job out of law school at the high-powered firm Sidley Austin LLP, he didn’t know they had a regulatory division, and might have been scared away if he’d known. Today as a partner in the firm Steptoe he represents ComEd and other energy companies with a focus on competitive markets, technology and disruption in a quickly-changing regulatory environment.

The Financial Times recognized him in its North America Innovative Lawyers report for his involvement in Illinois’ 2016 Future Energy Jobs Act (FEJA). Johnson, who also has experience in anti-trust litigation and white-collar crime, talked with the Energy News Network about his thoughts on FEJA and the things he is keeping an eye on.

Q: You started your career shortly after deregulation took effect in Illinois, working with attorneys who had been heavily involved in those proceedings. How does that era compare to today?

Since I started practicing in the space in 2002, it’s been remarkable to watch the utilities and all the diverse stakeholders grow in their ability to collaborate on issues that in the past have been much more contentious. Today it’s possible to envision diverse parties reaching agreement on such complicated issues. And FEJA is a testament to a broad coalition of groups of varied interests coming together and reaching agreement on a tremendous bill that is going to move and is moving Illinois forward, proving Illinois to be a leader in the country on renewables, energy efficiency, and zero-carbon initiatives. I think for Illinois in particular the future is very bright, as we build off this collaborative framework we have with stakeholders.

Q: The idea of deregulation was that market forces could best serve customers; do you feel like that worked well, and will market forces be able to drive the shift to clean energy and energy efficiency?

Illinois has made [deregulation] work for 20 years. Other states have had catastrophic market failure and had to walk it back, but with the legislation that was passed in 1997 and refined over the years, we have a really solid framework in place here that saves customers money. Knowing ComEd’s story in particular, it’s important to underscore that in addition to the savings customers have reaped from the introduction of retail competition on their bills, another way customers are saving money and benefiting from service enhancement is through the advanced metering infrastructure, smart grid and smart meter rollout.

Q: What are the key things to watch with FEJA implementation in coming months and years? Where does it still remain to be seen how successful the law will be?

Stakeholders have strong points of view about how the IPA [Illinois Power Agency, which procures power for utilities] is developing its adjustable block program [for solar incentives]. Other states that have pursued similar paths have also had to deal with the avalanche of pent-up demand that hits when these new processes and markets take effect. I think our IPA and the folks there are well-equipped and have a proven track record of being responsive, listening to stakeholders, fine-tuning things to make sure we don’t end up in some kind of catastrophic failure. I have a lot of confidence in our folks at the IPA and others that we’ll end up getting this right. Not to say there won’t be a learning curve or growing pains, but I think we’ll get there.

Looking to the future, both utilities [ComEd and Ameren] are nearing the end of dockets to approve their initial distributed generation (DG) rebates. The statute is fairly prescriptive on these first rebates, setting the value at $250 per kilowatt of nameplate generating capacity and limiting it to the nonresidential sector. But going forward the statute says the Illinois Commerce Commission will revisit [DG rebates] when net metering load equals 3 percent. At that point there will be an extensive proceeding to set new values for rebates that will include residential once the net metering load reaches 5 percent.

There’s uncertainty as to when those thresholds will be met, although with what we’re seeing with the adjustable block program and the participation levels, maybe it will be reached sooner rather than later. These initial proceedings have had the benefit of the rebate value largely being determined by law. The valuation proceedings [initiated once the net metering load has been reached] will be the next or maybe one of the last frontiers of FEJA to be explored.

Q: Along those lines, what are your thoughts on FERC’s alternative proposal for states to procure capacity from these subsidized resources in place of the grid operators, which could increase payments for generators?

It’s certainly an intriguing idea; this proposal would pull some of the resources out of the RPM [Reliability Pricing Model] and base residual auction and instead have a state auction that procures capacity at prices set by the state, but subject to all the performance and reliability requirements that PJM would otherwise impose. [It would] be incredibly important to sort through how this might be implemented.

There has been tension with zero emissions and renewable programs, and PJM is now trying to address how to deal with these resources that receive subsidies through the ZEC and REC programs. There could be workable solutions that a number of stakeholders are looking at, it’s all very complicated.

Q: Some refer to such programs and trends as reregulation – do you see that as a valid description?

The idea of the state taking back a portion of capacity procurement, with bidding into a state auction instead of the interstate PJM auction, I suppose there is a sense in which people can claim that is reregulation. On the other hand, you could look at it as a bifurcated or hybrid approach that is preserving wholesale capacity markets while also allowing for the programs the states have to incentivize zero carbon emissions.

Q: What do you think have been the successes of FEJA so far?

One thing that I think has been a great success — especially in the ComEd service territory — is energy efficiency. It’s another great example of stakeholder collaboration. After FEJA became effective June 1, 2017, utilities had to very quickly file brand new four-year energy efficiency plans. ComEd worked with stakeholders to execute stipulations and reach agreements on a very large plan, which was virtually uncontested at the [Illinois Commerce] Commission. Energy efficiency continues to be a terrific success story in Illinois.

Q: Nationally there are some utilities seen as embracing the energy shift and new technology or innovative structures, and other utilities that are seen as resistant to change or trying to protect legacy business models. What do you say about the variation in how utilities are responding?

You certainly see different approaches and attitudes, different tones in different states — some of that is at the utility level, some at the commission level. In Illinois, the reason we’re making such great progress is the willingness to collaborate, negotiate, meet in the middle. That’s why we’ve been able to put together such a progressive framework and legislation. Other states are further along on electric vehicles and charging station infrastructure; Illinois will have to take a hard look at how we’re going to ensure we’re keeping up in that space or even becoming a market leader. I see that as an issue that requires attention and isn’t going away any time soon.

Q: Are utilities and commissions in other states looking to Illinois for leadership or to see how different programs pan out?

Certainly. I frequently have discussions with other utilities that have been intrigued by the relatively novel way we’ve set up energy efficiency cost recovery in the state — how we’ve aligned the energy efficiency savings goals with utility cost recovery goals, over the time period that the energy efficiency measures deliver savings and benefits. I talk to folks not infrequently about our cost recovery mechanisms, our RPS, our adjustable block programs and DG rebates. Other states are definitely looking to this suite of mechanisms, incentives and advancements that Illinois has put in place and how those things are working together holistically to incentivize a low-carbon to zero-carbon environment.