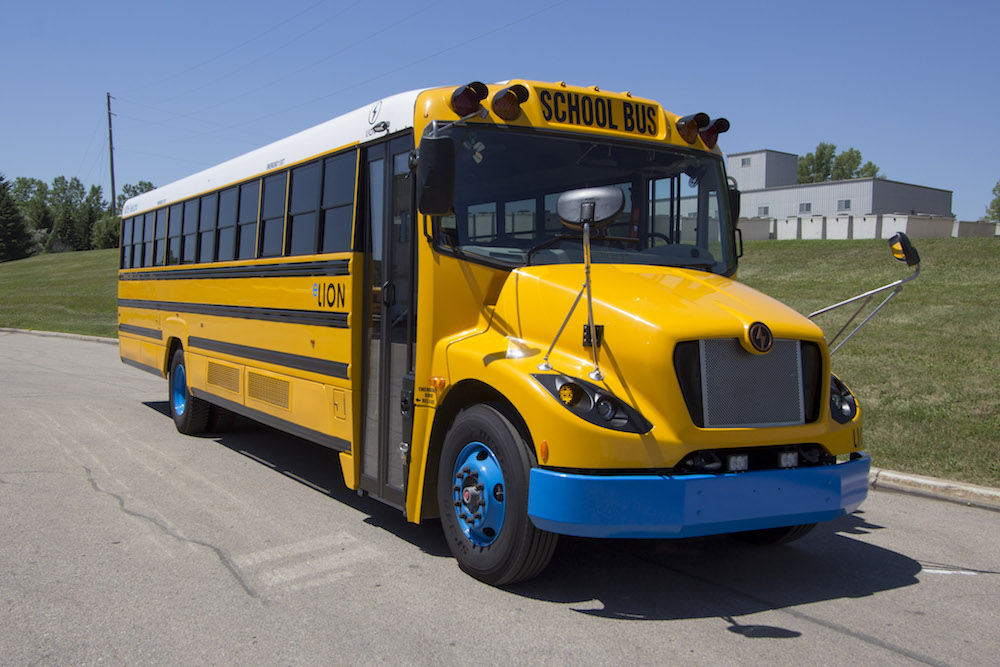 The first electric school bus in the Midwest, shown here, at a Minnesota school district in 2017.

State officials released the “Volkswagen Settlement Beneficiary Mitigation Plan” this week, which will distribute $64.8 million over the next nine years to reduce air pollution from the transportation sector.

The first phase directs nearly $13 million toward school buses, with up to $3 million specifically for electric buses and charging stations. While school districts have options for replacing them — including with newer diesel models — the state is incentivizing electric and alternative-fuel models by reimbursing more of the upfront costs. The plan will cover up to 70 percent of the cost of a new electric bus and charging station under contract with a public school district compared to 25 percent of the cost of a new diesel bus. Buses powered by propane or compressed natural gas are also eligible for funding.

“We’re funding all of them but incentivizing those with greater emissions reductions,” said Debbie Swartz, pollution prevention program analyst with the Michigan Department of Environmental Quality.

Clean energy advocates sought dedicated funding for electric school buses while the plan was developed over the past two years.

“One thing that stands out in a positive way for Michigan is the ($3 million) carve-out for electric school buses,” Mudd said. “School buses are lagging behind technologically and with funding” compared to other vehicle fleets.

Funding is available to government agencies, schools, transit authorities, private businesses, metropolitan planning organizations, nonprofits and tribes. Applications for funding are reviewed on a competitive basis and reimburse entities a percentage of the cost of a new vehicle. Applicants in 10 counties with higher levels of air pollution will also be prioritized.

Of the $64.8 million Michigan received from the $2.8 billion Volkswagen settlement:

Charles Griffith, director of the Ecology Center’s climate and energy program, said he is supportive of Michigan’s plan. While he had hoped for more dedicated funding specifically for zero-emissions vehicles, the incentives for electric models may help steer applicants in that direction.

The plan “at least acknowledges the fact that these technologies cost a little more upfront but provide fuel savings over the life of the vehicles,” Griffith said. “The easy thing to do if you have an old diesel piece of equipment is just buy a different one. It’s a little more of a jump to try out a new alternative fuel vehicle or EV, which falls outside folks’ normal or comfort zone.”

Michigan follows most other Midwest states in issuing Volkswagen settlement spending plans. Ohio, for example, recently issued its first round of grants from its $75 million in settlement funds, which include school districts, a waste-hauling company and Coca-Cola Bottling Co.

Swartz said each state has adopted unique plans “tailored to meet their needs.”

“There are varieties and different flavors in each plan,” Mudd said of the Midwest.

The ELPC and others will now closely follow how applicants are selected for Michigan funding.

“The next steps will be very important to watch as they implement the plan,” Griffith said. “Hopefully they will do it in a good way.”