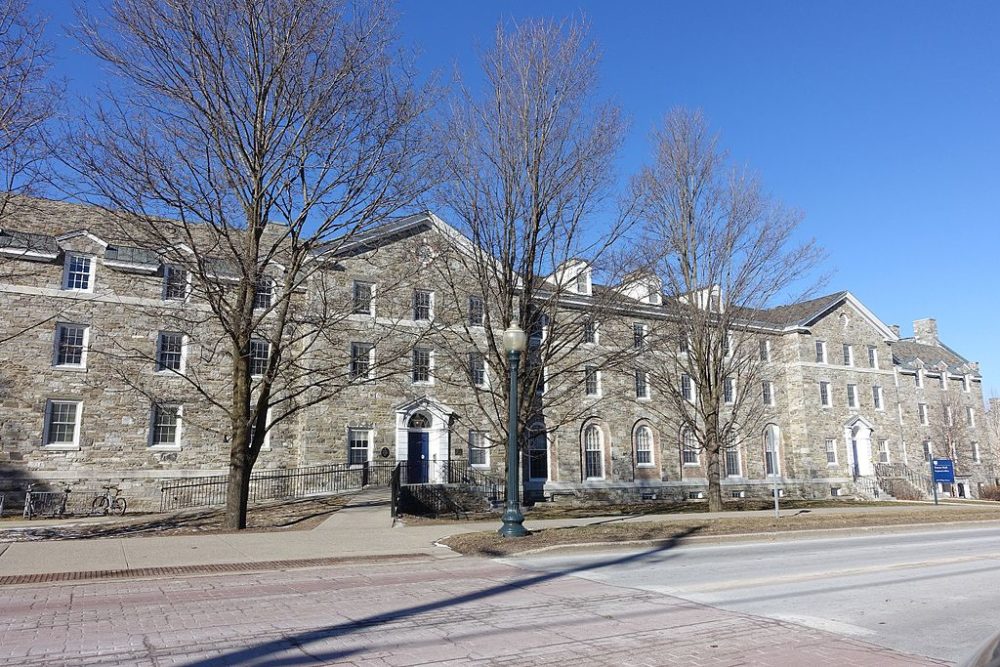 The faculty of Middlebury College will vote on Friday on whether to support a student referendum calling for the Vermont school to divest investments in the fossil fuel industry from its more than $1.1 billion endowment.

The vote comes weeks after students overwhelmingly passed a divestment resolution and then met with the school’s Board of Trustees to advocate for the move.

“We feel there has been a shift in the administration’s position. The movement has been growing both globally and on-campus since 2013, when the Board turned it down,” said Alec Fleischer, a junior majoring in environmental policy and organizer of Divest Middlebury.

A college administrator tamped down student enthusiasm in a statement Wednesday to the Energy News Network.

“While the Middlebury Board of Trustees is actively engaged in discussions about energy and sustainability goals for our campus operations and about the composition of the investments in the endowment, it would be a leap of logic to infer that the Middlebury Board of Trustees is on a path to vote to divest entirely. The issues raised by the divestment question are complex and are ones upon which reasonable people disagree,” wrote Bill Burger, vice president for communications and chief marketing officer.

The students’ campaign started in 2012. In September, a student referendum drew 70 percent participation, with nearly 80 percent of votes cast in favor of divestment.

The vote this week will be on a non-binding “sense of the faculty” resolution.

A prominent faculty member and founder of the college divestment movement credited students’ persistence in getting the discussion to its current phase.

“Students have never given up, and constantly kept pushing; they’re remarkable activists,” said Bill McKibben, the Schumann Distinguished Scholar at Middlebury College and co-founder of the climate campaign 350.org. “My guess is that the huge number of other institutions that have divested may make it easier for others to come along in their wake. And, of course, the planet just keeps getting hotter.”

Momentum from the student vote continued into a presentation Divest Middlebury made to the Board of Trustees in early October.

“Divestment condemns unmitigated fossil fuel extraction and accelerates the transition to a post-carbon economy while ending Middlebury’s complicity with environmental and humanitarian degradation,” part of the students’ presentation to the Board states. They also say that investments in companies that are climate change deniers is antithetical to the what the college stands for.

“Trustees asked numerous questions, thanked them for their leadership and, over that day and into the next, discussed at length the issues raised by the students. In doing so, the board strongly affirmed Middlebury’s commitment to the health and betterment of the planet and to the next stages of environmental sustainability and efficiency in our campus operations.”

Middlebury said it will continue to engage in its environmental commitments that include “working with our endowment manager to address the composition of our endowment with respect to fossil fuels and sustainability-focused investments.”

“After we made our presentation to the Trustees last month, we got a large round of applause and they told us they would be working to get it on the agenda for a vote in January. We’re not sure how they’re going to vote, but we’ve been asking for a vote for years. So, the fact that we may be getting one is extremely positive,” Fleischer said.

In 2013 when the college first responded to the divestment movement, Middlebury cited the largely symbolic nature of the move and logistical difficulties in deciding not to divest.

According to gofossilfree.org, nearly 150 colleges and universities worldwide have divested their fossil fuel holdings.

The students pointed to the precedent more than 30 years ago in which Middlebury divested from apartheid South Africa in 1986 after “nearly a decade-long movement by students, faculty, and staff.” The global divestment movement is credited as a factor in ending the apartheid regime.