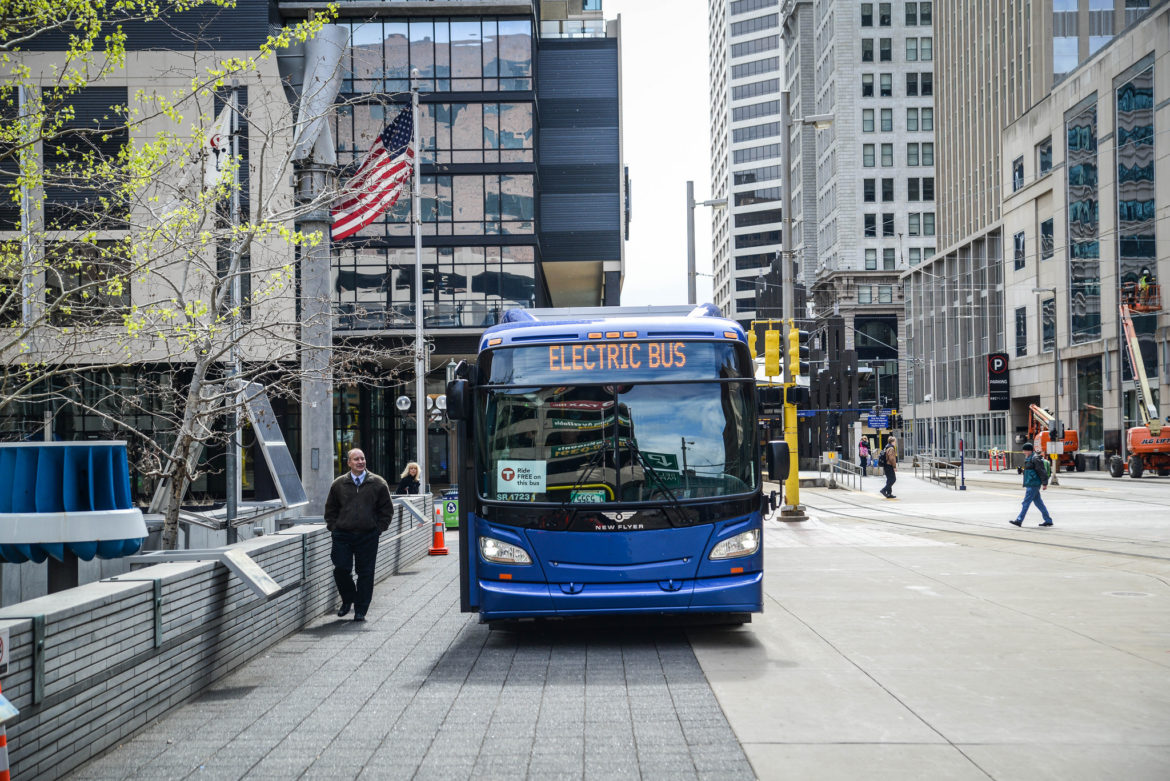 Among the new group’s priorities is increased investment in electric buses, especially in neighborhoods most affected by air pollution.

A new organization in Minnesota has begun an advocacy effort to increase the adoption of electric vehicles, especially by mass transit and government agencies.

Led by MN350 and Fresh Energy, the Coalition for Clean Transportation has the support of several organizations working to move electric vehicles more quickly into the mainstream, among them the Sierra Club’s North Star Chapter, the political action group Take Action MN and the interfaith organization ISAIAH.

The Energy News Network is published by Fresh Energy, whose policy staff do not have access to ENN’s editorial process.

Noa Shavit-Lonstein, just transition organizer for the coalition and MN350, said the timing is right for the initiative. The groups in the coalition will have a more organized approach to advocacy buttressed by policy research Fresh Energy will provide.

“Minnesota is a state blessed with fairly clean electricity, especially in the Twin Cities, where Xcel Energy is putting a lot of money into non-carbon energy resources,” she said. “There’s a lot we can gain in terms of combating pollution, improving people’s health and fighting climate change. A lot of that we can do if we change our transportation sector over to clean vehicles.”

Transportation is the largest contributor to carbon emissions in the United States — higher than utilities, buildings or businesses, according to the the Inventory of U.S. Greenhouse Gas Emissions and Sinks 1990–2016. And those emissions continue to create harm in the Twin Cities. The Minnesota Pollution Control Agency reports an estimated more than 2,000 people die annually from air pollution in the Twin Cities, Shavit-Lonstein said.

The coalition and its allies helped push the Metropolitan Council, the regional planning council for the Twin Cities and operator of Metro Transit, to cancel an order for 131 diesel buses in October.

The move came after the Met Council received more than 100 letters asking it to reconsider the purchase order. Many of them came from coalition partners and transit bus riders, she said.

Moving Metro Transit to electric vehicles is important, Shavit-Lonstein added, because many of its vehicles travel through economically disadvantaged neighborhoods with high transit ridership.

Though Metro Transit has not released a new request for proposals, its five-year plan calls for the acquisition of 84 electric buses. “We’re going to try to persuade them to plan for more than that,” she said.

Andrew Twite, Fresh Energy senior policy associate, said the greatest near-term opportunity for transportation electrification will be for Metro Transit to increase investment in electric buses and operate them in neighborhoods that have been disproportionately impacted by air pollution.

“What we really want to do is get more electric buses in [Metro Transit’s fleet] and be strategic in where you put them, so you can maximize the public health benefit,” Twite said. “You should be putting these buses in neighborhoods with the worst air quality.”

Announcements targeting the electrification of the transportation sector have grown in the last few months, Shavit-Lonstein said. For example, Xcel Energy recently submitted a $25 million plan to Minnesota regulators that promotes building out an electric vehicle charging infrastructure.

A large part of Xcel’s proposal centers around a $14.4 million charging pilot that would fund a fleet services program for Metro Transit, state agencies and the city of Minneapolis, creating hundreds of charging ports available to government vehicles and potentially open to private company fleets.

Another 70 “public community mobility hubs” would be built to offer public charging services, 10 each in Minneapolis and St. Paul. Others would be placed along interstate highways and other areas.

Other government agencies are either studying electric vehicles or have begun to use them. Hennepin County announced the results of a first part of a study to electrify its transportation fleet. A follow-up study is due later this year. And the Duluth Transit Authority deployed seven electric buses in October.

While these studies and projects focus on the public sector, the coalition has plans to push for private sector electric vehicle adoption. A zero-emission vehicle (ZEV) standard like one operating in California and nine other states could promote electric vehicle sales in Minnesota.

The program requires automakers to invest in electric vehicles and uses ZEV credits to encourage automakers to reach certain sales’ goals. “It would get more of these cars sold and be with the state’s regulatory framework,” Shavit-Lonstein said.

The coalition joins a movement of organizations working on transportation electrification in the state, including its partner organizations and Great Plains Institute, sponsor of Drive Electric Minnesota. Shavit-Lonstein believes Fresh Energy’s policy knowledge combined with MN350’s grassroots organizing abilities will be a potent combination.

“We’re going to be turning people out to show there is public support for this — this is something the public wants,” she said. “We’ll help build support among public officials to get electric vehicles over the finish line.”