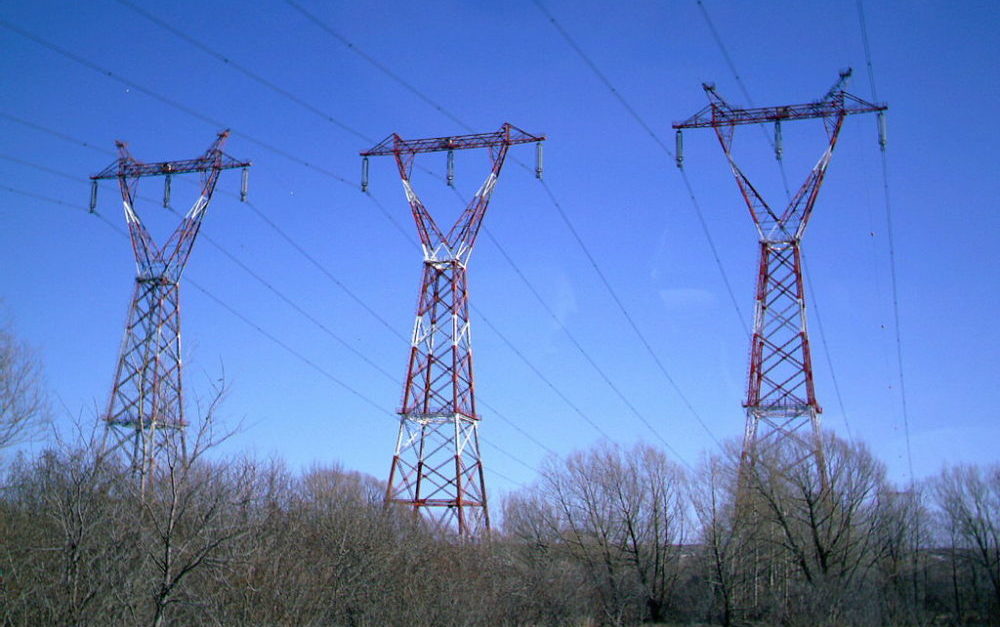 Opponents of a proposed hydropower transmission line from Canada through Maine to Massachusetts are calling for the states to commission an independent study to determine if the 145-mile line would reduce global greenhouse gas emissions.

Critics of the planned New England Clean Energy Connect (NECEC) line say it will do little to lower global gas greenhouse emissions because it will merely divert clean power that would have otherwise gone to other customers.

A spokesperson for Hydro-Québec, which owns and operates the hydro facilities that will supply the power, dismissed that concern as baseless and said the company has plenty of capacity to meet growing demand.

Regulators are unlikely to issue any decisions before next year.

Neither state is required to consider the question of global emissions when making its ruling. However, environmental advocates argue the stated intent of the project — to help mitigate climate change — would be undermined if the transmission line caused net pollution to increase.

“Will it result in actual global greenhouse gas reductions beyond the Massachusetts and New England footprint? It is unclear,” said Heather Clish, director of conservation and recreation policy for the Appalachian Mountain Club, which filed comments with the state opposing the plan.

Currently, no analysis of the emissions question has been conducted by a party without a stake in the outcome of the proposal. And even though advocates on each side cite facts and figures, predictions about future energy generation are inherently opaque.

“Forecasting is a lot more art than science,” said Liz Stanton, environmental economist and founder of the Applied Economics Clinic at Tufts University. “The assumptions that it’s based on are opinions and guesses. And the opportunities to lean on it are easy and plentiful.”

The dispute centers on a plan to bring 9.45 terawatt-hours of hydropower to Massachusetts annually through a transmission line to be built in Maine.
In 2016, Massachusetts Gov. Charlie Baker signed a law that called for the sizable procurement of clean energy. Earlier this year, state officials selected a bid by Hydro-Québec, a state-owned power company based in Montreal, to provide the energy through a transmission line that was to run through New Hampshire. Less than a month later, however, New Hampshire rejected the pending construction permits for that line.

Massachusetts then moved on to another bid, still buying power from Hydro-Québec, but instead receiving it through the New England Clean Energy Connect (NECEC) transmission line to be built through Maine. Currently, the 20-year power contracts, which promise a price of 5.9 cents per kilowatt-hour, are under review by the Massachusetts Department of Public Utilities. Authorities in Maine are considering the permits for the 145-mile transmission line.

Environmental groups and many Maine residents have objected that the project would damage Maine’s natural beauty, disrupt tourism, and fragment important wildlife habitats.

Furthermore, several intervenors in the case — including environmental groups, power generators, and energy experts — are questioning whether the project will reduce overall greenhouse gas emissions in the region. Groups including the AMC, the Sierra Club, and the Nature Conservancy have all asked that Massachusetts commission an independent study to provide firm answers on this point before approving the contracts.

“It is likely it would lower the emissions of our grid in New England,” said Deb Pasternak, interim chapter director of the Massachusetts Sierra Club. “But it doesn’t reduce global emissions.”

The argument is essentially that Hydro-Québec currently sells a significant quantity of the energy it generates on the short-term markets. Therefore, when NECEC comes online, Hydro-Québec might simply sell less energy to its previous customers, sending it instead to Massachusetts, where the company is guaranteed a higher price than the short-term markets usually provide. The arrangement would mean fewer fossil fuel-burning plants in New England switching on, but it might leave grids in New York and Ontario turning to dirtier generators to meet their needs, opponents said.

A report by energy consultancy Energyzt — produced for the Maine Renewable Energy Association, the Natural Resources Council of Maine, and the Sierra Club — concludes that Hydro-Quebec would indeed have to reduce sales in other markets to supply Massachusetts.

Hydro-Québec spokeswoman Lynn Saint-Laurent, however, said the company has more than enough capacity to supply Massachusetts without diverting energy. Hydro-Québec has been building its capacity since the early 2000s, specifically so it would be able to participate in clean energy solicitations like this one, she said. The system has the capacity to increase the amount of energy it generates for export, creating a new supply of low-carbon energy, rather than simply shifting existing supply.

“We have the energy,” she said. “It is low-carbon, it is firm and reliable.”

The energy provided by the company will prevent 3 million tons of carbon emissions in New England each year, the equivalent of removing 900,000 cars from the road, she said.

The Energyzt report also raised other questions. Hydro-Québec has declared the energy traveling the NECEC will be 100 percent hydropower, but that promise might mask a more complicated reality, the report says.

In the past, the report concludes, Hydro-Québec has held back on generating power during times when it would have received a low price, instead buying and reselling cheaper energy from other sources — including fossil-fuel burning generators — to meet demand. It then used water stored in its reservoirs to generate energy at times when it could sell the energy for higher prices. If it uses this strategy to ensure a supply of pure hydropower is available for the NECEC, net emissions across the larger region might not go down.

However, Hydro-Québec bought just 0.04 percent of its power supply from fossil fuel sources in 2017, according to the results of an independent audit, which were provided by Hydro-Québec. These imports only occurred to meet peak demand in very cold weather, Saint-Laurent said, and are only used to supply power to Québec.

As both sides wait for the decisions from Massachusetts and Maine, environmental groups argue that the clean energy requirement would be better satisfied by developing new projects, preferably ones closer to home. This approach, they argue, would both ensure the addition of new renewable capacity to the New England grid and create jobs.

“Truly, the best thing we can do is we can develop a regional energy economy,” Pasternak said.