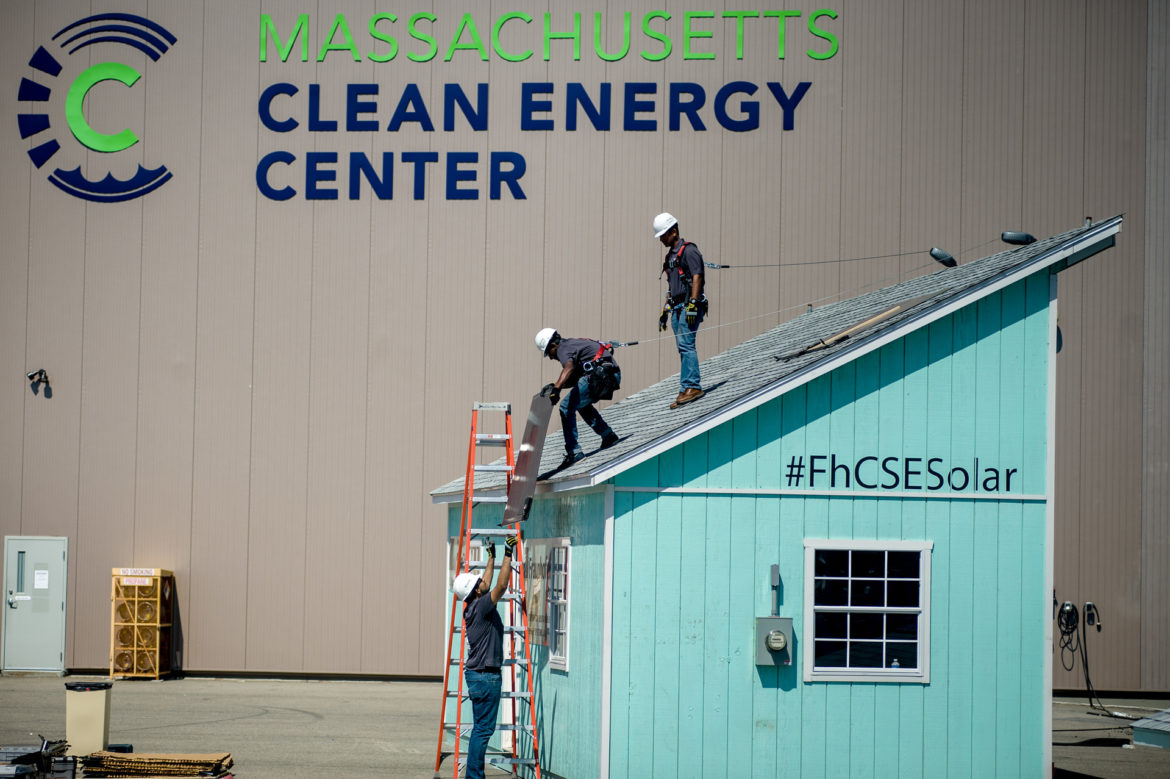 The state awarded $20 million in grants with hopes of helping to increase state’s storage capacity by more than tenfold.

A year after Massachusetts awarded $20 million in energy storage grants, the first project is online and showing promise to help shave peak demand, save customers money, and pave the way for more solar power.

Municipal utility Braintree Electric Light Department (BELD) paid for most of the $2.6 million battery installation using its reserve funds and some of its business customers invested additional money in exchange for lower demand charges.

But it was a grant from Massachusetts’ Advancing Commonwealth Energy Storage (ACES) program that helped make the numbers add up for the pilot project. The program is part of the state’s Energy Storage Initiative, which has a goal of deploying 200 megawatt-hours of energy storage in the state by 2020, up from the current level of seven megawatt-hours.

In 2016, the state commissioned a report on the use of energy storage in the state and strategies to expand its deployment. Among the recommendations was a grant program to provide at least $10 million to demonstration projects that would identify and resolve obstacles to storage deployment, explore business models, and help developers gain experience working through the kinks of the process.

This proposal became the ACES program. In December 2017, the state announced $20 million in grants — twice the original target sum — to 26 projects planned for commercial sites, utilities, hospitals and education institutions.

The battery storage industry is at a pivotal moment, said Eric Hittinger, an assistant professor of public policy at the University of Rochester with a focus on electricity production. Like solar a decade ago, storage technology is getting better and cheaper, and is widely perceived as having strong potential, but there is still some uncertainty about it, he said.

“People see it as a tech that can provide a lot of value,” he said. “But it’s perceived as a little bit risky — people are not sure how to use it, where to put it, what the business model is.”

The ACES program aims to help resolve some of these uncertainties by funding a wide range of proposals, spurring the development of projects that will try out potential answers. A project at two Walmart stores, for example, will attempt to validate the use of battery storage in a big box retail setting; an installation on Nantucket will test the ability of batteries to substitute for a new undersea transmission line.

“We think of them as a constellation of projects,” said Kavita Ravi, the director of emerging markets at the Massachusetts Clean Energy Center, the state agency administering the program. “We want to market to help us identify how to use these batteries.”

The project in Braintree, the first to come online, involves a four megawatt-hour lithium ion battery that stores solar power for a municipal utility until it is needed on the grid. BELD expects it to save money for ratepayers by reducing peak demand and making it easier for its grid to handle a growing amount of solar generation.

For BELD, the ACES grant allowed the utility to move ahead with a project it had long contemplated, said the company’s general manager Bill Bottiggi. The utility had been researching battery storage for a couple of years as a way to mitigate rising transmission costs. The utility received $700,000 and pitched in $1.9 million of its own money.

“The grant pushed us over the top to incent us to do the work,” Bottiggi said.

The battery has been running since June, but had an official ribbon-cutting ceremony last month.

The main use for the battery is to reduce the utility’s demand during times of peak energy usage. When demand spikes, BELD can discharge the battery, sending power into the system and reducing its need to draw energy from other sources.

BELD’s project is also testing whether battery storage in conjunction with solar generation can alleviate a problem known as “backfeeding.” On sunny days, solar panels on homes or businesses can produce more power than is needed. The excess flows back into the grid. When an area has a high concentration of solar installations, costly equipment is required to manage this reverse flow. Storing the excess energy in batteries at substations could reduce the need for these pricey interventions, said Dan Berwick, general manager of energy storage at Borrego Solar, the company that installed the BELD battery.

“They’re seeing if the battery can smooth the impact of solar generation,” he said. “There’s a public interest in the state understanding, along with BELD, whether that is possible.”

In addition to the state grant, BELD funded the project with a new business model it calls “community storage.” The utility went to business customers that pay demand charges — a monthly fee based on peak usage — and asked them to invest in the battery project. In exchange, their demand charge would be lowered from $10 per kilowatt-month to $7. The businesses that took BELD up on the offer will contribute $195,000.

“It helps us offset the cost and they get all their money back within three years,” Bottiggi said.

In the four months the battery has been up and running, BELD’s battery has performed as expected, Bottiggi said. Its installation already saved Braintree ratepayers some money on the hottest summer days, when peak demand was high, Ravi said. At this rate, the installation should save the utility $250,000 per year.

In fact, the company’s first foray into battery storage has it thinking about deploying more such projects in the future.

“I foresee us doing more of this,” Bottiggi said. “Our goal to provide highly reliable electric service at the lowest cost and doing projects like this saves or ratepayers money in the long term.”