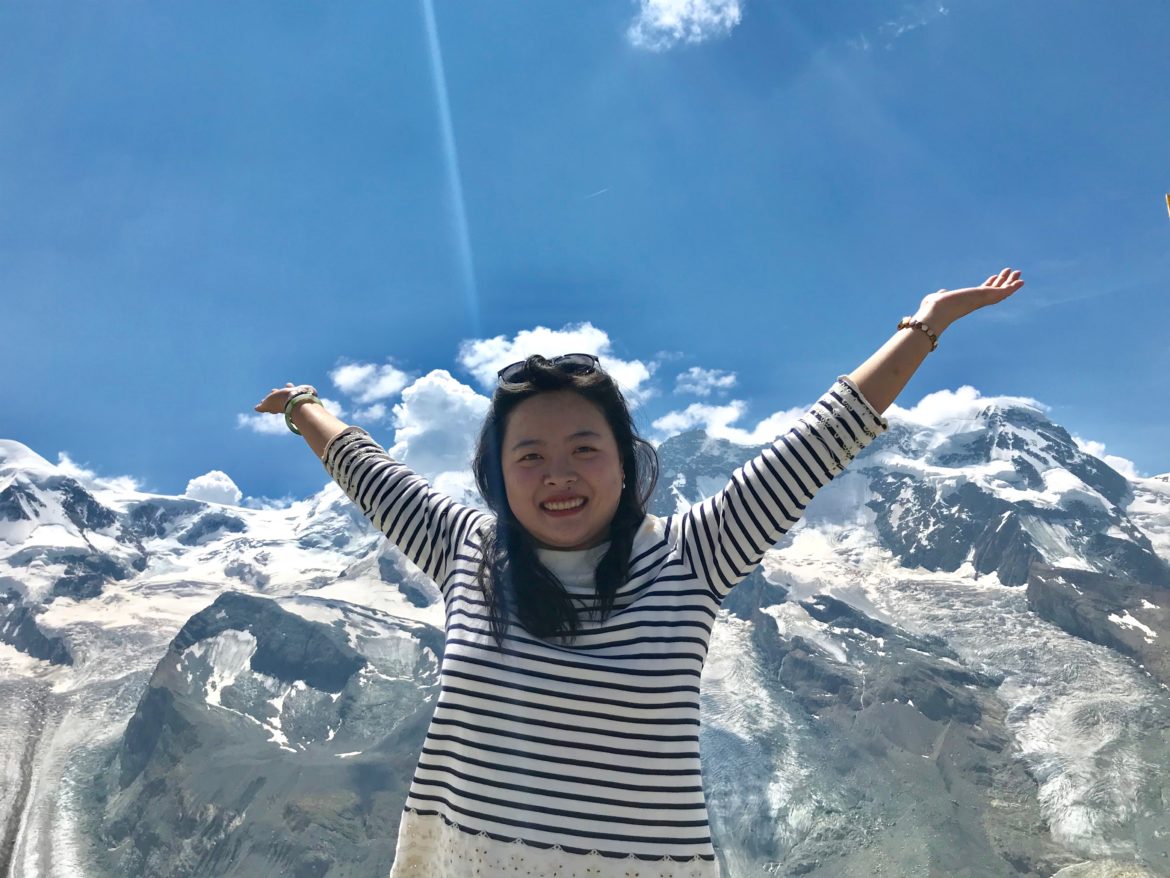 Jing Hu is one of almost 100 women in STEMM fields who will spend three weeks in Antarctica next November through a program that aims to raise awareness of climate change.

“Chicago is the coldest place I’ve ever been,” said Jing Hu, who came from southern China to do her postdoctoral work in materials science at Argonne National Laboratory outside Chicago.

So she is “excited and terrified” about spending three weeks in Antarctica, among almost 100 women in STEMM fields who were recently announced as fellows in the Homeward Bound program to raise awareness of climate change and promote the role of female scientists, engineers and other experts in addressing it.

The program was started in 2015 by an Australian activist and an Antarctic marine scientist. The participants raise much of the funding for the trip themselves. Over the next 11 months they will collaborate and strategize on leadership development and science education before going to Antarctica in November 2019.

They come from a wide range of disciplines, including agricultural science, molecular biology, epidemiology and geochemistry. The only other representative of the Midwest is Krissa Skogen, a conservation scientist and botanist at the Chicago Botanic Garden whose specialty is studying the effects of climate change on evening primroses in the Southwest.

The idea is that in Antarctica, the women will not only do their own research but, perhaps more importantly, network and strategize with each other around how to make people care about climate change and how to bring more women and girls into STEMM (science, technology, engineering, math and medicine) fields where they can work to mitigate and curb climate change and develop clean energy.

Solar for the South Pole?

In Antarctica, Hu hopes to test out solar technology that she was involved with developing at Oxford University: a “third-generation quantum dot solar cell” that can absorb types of light other than UV and — hopefully — tolerate a harsh environment like Antarctica.

“A lot of the [research] stations in Antarctica are actually powered by diesel generators and things like that — it’s not very clean at the moment,” but solar could ideally power zero-emissions stations, said Hu, whose work at Argonne involves using a highly specialized microscope to study materials in extremely hot environments, like inside nuclear reactors or in outer space.

“And on expeditions people get lost; they have no walls to plug in. By using these solar panels you could charge things [like satellite phones or GPS devices] that could save your life.”

Hu was inspired to go into materials science by her parents, who worked in banks in China and encouraged her not to take that route. She was aware of energy issues from a young age, given the air pollution problems in China, and her family had a solar thermal installation on their roof.

During her doctoral work at Oxford, where she was studying materials involved in nuclear reactors, Hu became especially concerned about climate change. She organized the Oxford Climate Forum in 2015 and campaigned during the Paris Climate Conference that year, while also working on the solar technology that she and her colleagues hope could efficiently provide power in Antarctica.

Hu said she hopes the trip helps her “step outside my comfort zone” and “find out where my future lies. How does my personal science fit into the bigger picture?” 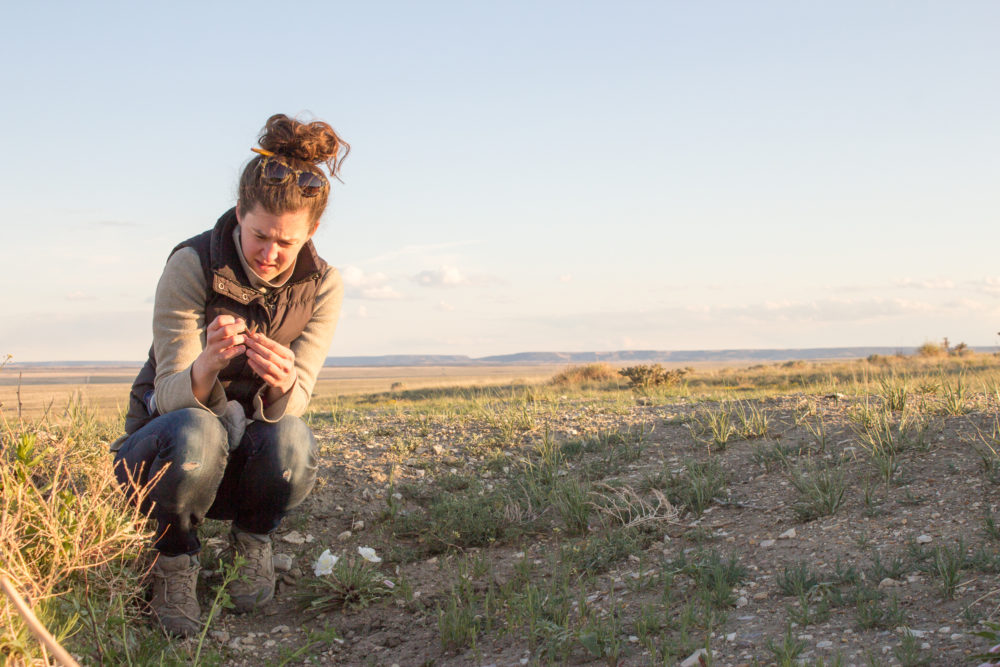 Krissa Skogen is one of two women from the Midwest announced as fellows in the Homeward Bound program.

Skogen will not have much chance to do her primary research on the trip.

“I’m a pollination biologist, and there aren’t any insects in Antarctica,” she said. But she sees it as a way to view the impacts of climate change firsthand in one of the earth’s most delicate ecosystems, just as she observes how evening primroses are suffering from reduced soil moisture in the Southwest.

‘… having Antarctica as a backdrop provides the opportunity for connecting with folks in a fundamentally different way.’

Skogen had a minor in women’s studies in college, and she was active on women’s rights and “edited a zine, as you do in the ‘90s.” Some friends were surprised when she chose a career in science, since it seemed out of step with her advocacy work. But with science education and pushing for more diversity in science, she melds her various interests.

“I’m very committed to increasing diversity and opportunities for folks left out of the scientific process historically,” Skogen said.

She finds herself mentoring younger women in science — just as she sought mentors in her career — to help them deal with issues that her male colleagues “never even have to think about.” Things like avoiding “up-speak” that means women are perceived as less competent, and figuring out how to pursue career opportunities while also living in the same place as a husband or partner.

She noted that exploring such issues with women scientists can be done in settings other than Antarctica.

“But having Antarctica as a backdrop provides the opportunity for connecting with folks in a fundamentally different way. Antarctica is a fantastic place to go to highlight the importance of climate change in people’s daily lives, and it’s a good metaphor for how important it is for women to have a voice and feel represented and confident.” 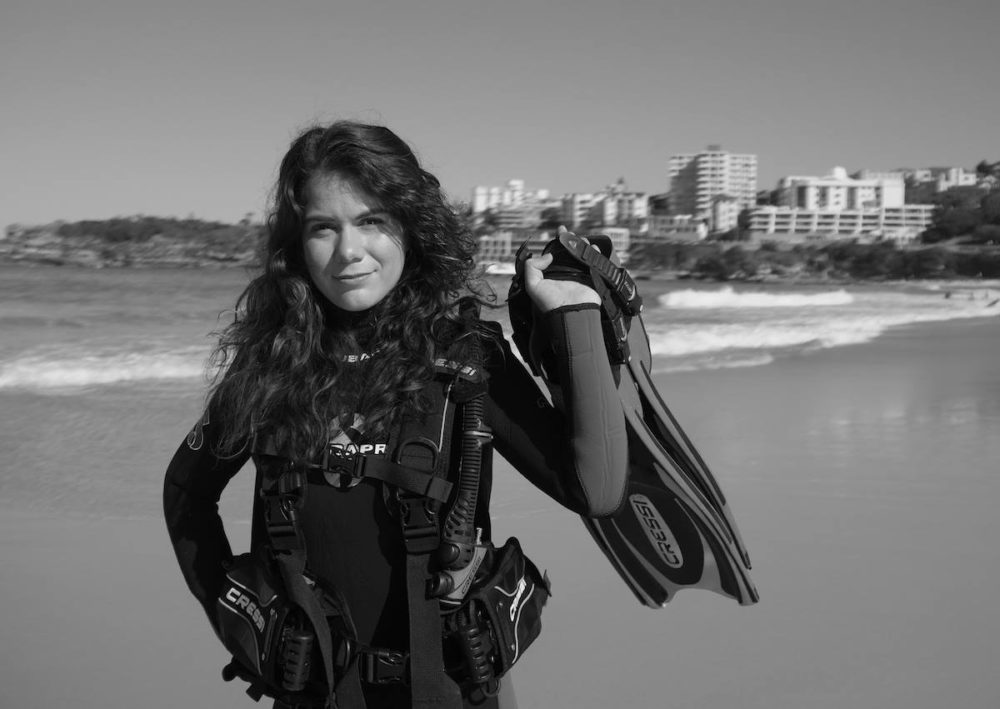 Melissa Marquez, who is based in Australia, will join Hu and Skogen on the trip.

‘A brown girl with a shark’

Inspiring women and especially women of color to go into science is a major goal for Melissa Marquez, a marine biologist of Mexican and Puerto Rican heritage joining Hu and Skogen on the trip. Marquez is based in Australia and studies (among other things) the impacts of climate change on sharks, skates and their relatives.

This summer she appeared on the Discovery Channel during its popular Shark Week event. During filming in Cuba she was bitten and dragged — “ironically,” as she has said — by a crocodile.

After the show, she said, “I got a lot of messages saying [things like], ‘Thank you so much for being on the show. I had my little girl watch, and she said, “Oh my gosh Papi there’s a brown girl with a shark.”’ Representation really matters in the media. Growing up, I never saw women marine biologists, no less Latina marine biologists.”

Marquez was born in Puerto Rico and visited the island after Hurricane Maria, seeing how it affected her family and an ecosystem expected to be buffeted with increasing storms because of climate change.

She sees Antarctica as a key place to study a climate change impact that affects ecosystems around the globe: the migration of species into new habitats because of changing climate.

“Currently there are no rays or sharks in Antarctica, though there are several endemic species of skates that can live in cold waters,” Marquez said. “Some researchers have found increases in water temperature of even a few degrees Celsius could make those very frigid waters habitable for sharks. Antarctic waters are dominated by soft-bodied invertebrates — so animals with jaws would find easy pickings and decimate the Antarctic benthic community as we currently know it.”

The Homeward Bound program is sponsored in part by several companies; a lead sponsor is the Spanish company Acciona, which develops renewable energy installations and infrastructure around the world. Christiana Figueres, former executive secretary of the United Nations Framework Convention on Climate Change and member of Acciona’s board, will join the scientists in Antarctica.

In order to complete the trip, the women who were chosen still need to raise more than $17,000 each. Hu recently launched a crowdfunding site, the first time she has ever used the medium.

Skogen said that while the fundraising is a major challenge, it adds to the mission of the program.

“I’m thinking about the fundraising angle really as a different way to tackle science outreach — it’s requiring me to be creative, to make connections with people I know in different industries that maybe I wouldn’t have talked about these particular topics with,” she said.