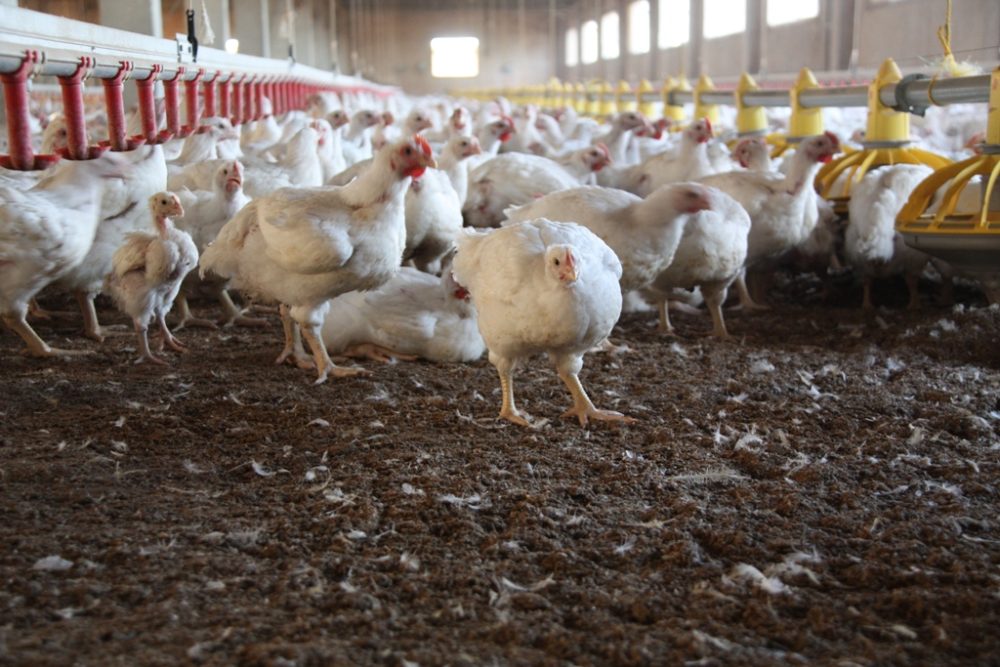 Poultry growers are under less pressure and have fewer incentives than hog farms to convert animal waste to energy.

As pork producer Smithfield Foods commits to major investments in waste-to-energy projects in North Carolina, don’t expect a similar pledge from chicken or turkey companies in the state any time soon.

North Carolina utilities are on pace this year to sell enough electricity derived from fowl droppings to power about 23,000 homes, a requirement under state law. Yet compared to the swine industry, converting animal waste into renewable energy has generated little synergy or enthusiasm.

“It hasn’t been a real firecracker issue for the poultry industry to beat the drums on it that much,” said Bob Ford, president of the state’s poultry federation, which represents both farmers and corporations.

It isn’t for lack of bird manure. Instead, poultry farmers and their corporate integrators have less public pressure and fewer incentives than their hog counterparts to convert it to energy. At the same time, critics say burning the waste — rather than capturing its gas — produces health-threatening air pollution that could cancel out its benefits.

North Carolina’s poultry business is a $36 billion endeavor, according to the state’s poultry federation, surpassing its better-known swine industry. North Carolina produces the second most turkeys in the nation, behind Minnesota, and consistently ranks among the top chicken-growing states.

As in the pork industry, chicken and turkey production is largely integrated, with major corporations like Tyson Foods contracting with farmers to raise more than 860 million birds a year, producing an estimated two million tons of waste each year.

The two industries manage animal waste differently, however. Hog farmers store manure in open pits and periodically spray liquid from the pits onto nearby fields, at times disturbing neighbors and polluting waterways. As manure in the pits decomposes, the potent greenhouse gas methane escapes into the atmosphere.

Bird manure, meanwhile, is mixed with pine shavings and other components to create bedding. This litter is dryer than hog manure, and poultry farmers spread much of it on their on their crop fields as fertilizer, where it produces less methane. If farmers have more litter than they can use on their own land, they can have it transported it elsewhere.

“There are brokers who will come by and pick [the litter] up and buy it from you. They’ll take it out and sell it for fertilizer,” Ford said. “It’s called a third-party hauler.”

Ford isn’t sure how many poultry farmers end up using third-party haulers. But critics say the manure is too often overapplied, causing runoff that harms water quality. Some neighbors complain of odor, health threats, and lowered property values.

Still, those grievances haven’t caught up with the poultry industry like they have the hog industry, which has been constrained by a ban on new factory-scale farms for two decades and faces a raft of nuisance lawsuits. Poultry farmers aren’t required to get a pollution permit from regulators.

‘He could care less if there’s a mandate’

In 2007, a new law required the state’s electric utilities to produce a small amount of electricity from both poultry litter and hog waste-to-energy, creating an opportunity for farmers to earn extra revenue from animal waste. But even this inducement has done little to change poultry growers’ economic calculus.

‘I don’t see the mandate going anywhere, but I swear I don’t see any new kids coming in on the block wanting to build a [poultry litter] plant.’

Poultry farms have a harder time accounting for their climate impact than hog farms, making selling to a national carbon offsets market difficult. Poultry litter-to-energy facilities that burn litter rather than capture gas — which make up nearly all of the state’s existing projects — also can’t capitalize on a national renewable fuel standard.

To top it off, poultry farmers already get value from their litter for fertilizer, either by selling it or using it themselves.

“If a guy’s got enough land to grow crops … he’s utilizing all of his litter right now,” Ford said. “He could care less if there’s a mandate for the utility companies to buy and burn it, because he doesn’t need that. And some of our companies that are in the business could give a hoot, too.”

‘An old-fashioned way of dealing with the nutrient problem’

Scientists and advocacy groups such as Food and Water Watch point out that incineration can create as many or more health-threatening air emissions as burning coal. Those pollutants — including dioxins and arsenic — are linked to cancer, respiratory illness and other diseases.

Concerns about these impacts helped scuttle plans of the British company Fibrowatt, once widely expected to single-handedly fulfill the state’s poultry-to-energy requirement.

Local opposition stymied one of the company’s three planned facilities in the state, in Surry County in the northwest corner. The other two plants were eventually scrapped when the company failed to strike a deal with the state’s utilities to sell power.

(Fibrowatt’s only other plant in the United States — in Benson, Minnesota — suffered criticism over air quality permit violations, was eventually sold to another company, and is scheduled to close this year.)

Experts say it’s preferable to capture gas from poultry waste by depriving it of oxygen and allowing tiny bacteria to change its composition, a process called anaerobic digestion.

“Combusting poultry litter is an old-fashioned way of dealing with the nutrient problem,” said Patrick Serfass, head of the American Biogas Council. “There’s some upside but the benefits are so much greater if you digest it.”

But Serfass said digesting nitrogen-rich poultry litter compared to swine manure creates more ammonia in the early stages. Minimizing that effect adds costs, and only half a dozen poultry waste digesters are in operation right now across the country. None are in North Carolina.

Despite economic and environmental challenges, North Carolina’s utilities are on pace to almost double their supply of electricity derived from chicken and turkey waste this year, from 170,000 to 300,000 megawatt-hours.

“That’s a significant jump,” said Jay Lucas, an engineer with the Public Staff, the state’s utility customer advocate. “We weren’t able to hit the 700,000 [benchmark] in the general statute, but we definitely got closer.”

But the resource will still represent less than a quarter of a percent of energy use in the state, far less than what experts predict the hog industry will produce under an ambitious plan recently announced by Smithfield Foods.

Many of the state’s 10 poultry energy facilities use old industrial boilers once used for wood or coal and combine the litter with wood chips. All reuse the waste heat produced, allowing the poultry litter to perform extra duty. And the plants’ backers say they meet air pollution limits and stand by their benefits to water quality.

“The reason this works here is because it’s solving an environmental problem,” said Tom McCarthy of Veolia, the company that helped convert a coal plant in Lumberton to one burning a mix of wood waste and litter.

The Lumberton plant now burns about 40 percent litter but aims for 100 percent. As more facilities like it increase their reliance on poultry waste, most observers agree the utilities will meet their ultimate 900,000-megawatt-hour mandate.

Ford, of the poultry federation, doesn’t see any major movement beyond that.

“I don’t see the mandate going anywhere, but I swear I don’t see any new kids coming in on the block wanting to build a [poultry litter] plant,” Ford said. “I just don’t think it’s there.”

Serfass is more optimistic. He points out that Maryland is aggressively pursuing poultry waste digesters to address nutrient pollution in the Chesapeake Bay.

“Sometimes it takes a crisis to get action.” In North Carolina, he said, “I think there is a crisis. But I don’t think enough people are focusing on it.”