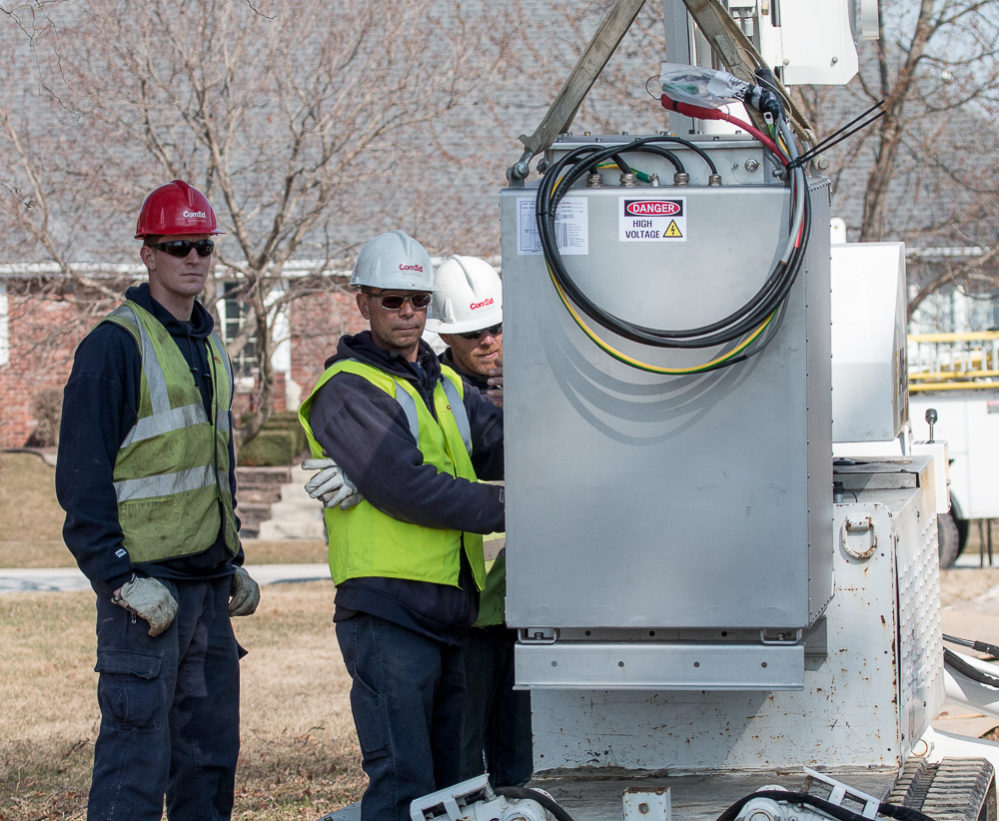 Utilities are testing batteries and other “non-wires alternatives” to power lines for bolstering grid resilience.

As a thunderstorm blustered through Beecher, Illinois, last July, winds blew electrical lines into a tree branch and plunged a neighborhood into darkness.

All of it, that is, except for three homes — part of a utility pilot project to test batteries’ ability to provide backup power during outages.

Grid resilience projects have typically focused on adding power lines and connections so that if one line goes down, another can still deliver power. A newer approach known as “non-wires alternatives” looks to add redundancy instead with a mix of energy storage, microgrids or distributed generation.

More: Microgrids are generating a lot of buzz. But how exactly do they work?

“We had a couple of successes with the system in both July and August,” said Peter Tyschenko, manager of capacity planning for ComEd. “The unit was successfully deployed to alleviate some outages for those residential customers.”

The success of this small battery shows the potential of non-wires alternatives to shore up the power grid in lieu of constructing million- or even billion-dollar distribution systems.

The goal of these types of projects is to provide resiliency at a lower cost and reduce congestion, especially during hot summer months when the power grid is taxed from large numbers of customers running air conditioning units all at once.

One reason ComEd invested in the Beecher project was to gain experience with the technology and to learn from its integration with the smart grid. The utility is developing standards for installation and operation that can be modeled across its territory and potentially on much larger projects.

“We’re trying to test and learn how these types of projects can be deployed and integrated into our grid,” Tyschenko said. “There will be a variety of different applications as we move into the future from reliability and backup perspective to the integration of renewables — particularly related to the intermittency of renewables like solar which is, you know, picking up steam in Illinois.”

‘As these projects become more and more price-competitive with traditional upgrades, they can be deployed more seamlessly.’

While the non-wires alternative market is expected to grow rapidly — one projection predicts a rise from $63 million in 2017 to $580 million in 2026 — these types of projects are still considered to be more risky for utilities.

One reason: a common way that regulated utilities make money is through capital expenses, when they build projects to maintain or expand the power grid. Expanding into the world of non-wires alternatives is exploring an untested business model.

Right now, no single business model exists for developing non-wires alternatives. ComEd’s Beecher project was funded by a $4 million grant from the Department of Energy. But utilities are experimenting with a few other business models, including using requests for proposals.

For many years, utilities and system operators fixed problems or expanded service with poles and wires, and those construction projects earned them money, a regulated rate of return. Sometimes these projects cost tens of millions of dollars, and for many years utilities were not looking at alternatives that could be cheaper and more environmentally friendly.

Instead of building new power lines, utilities can install energy storage, or put in a microgrid coupled with some form of generation. “There are any number of things that you could do,” Chiesa said, adding that these types of projects are cheaper for the public and can support the broader transition to clean energy.

“We should want the public utility commissions to make utilities evaluate these non-wires alternatives,” Chiesa said. “That’s how you see microgrids and microgrid-like distributed energy resources start to happen. You’re going to see this proliferate more and more throughout the Illinois territory because the PUC is looking at the best way to spend taxpayers money.”

“All over the U.S., utilities are taking similar efforts to do demonstration projects, gain operational experience as technology is maturing and as prices for the technology are coming down,” he said. “As these projects become more and more price-competitive with traditional upgrades, they can be deployed more seamlessly.”