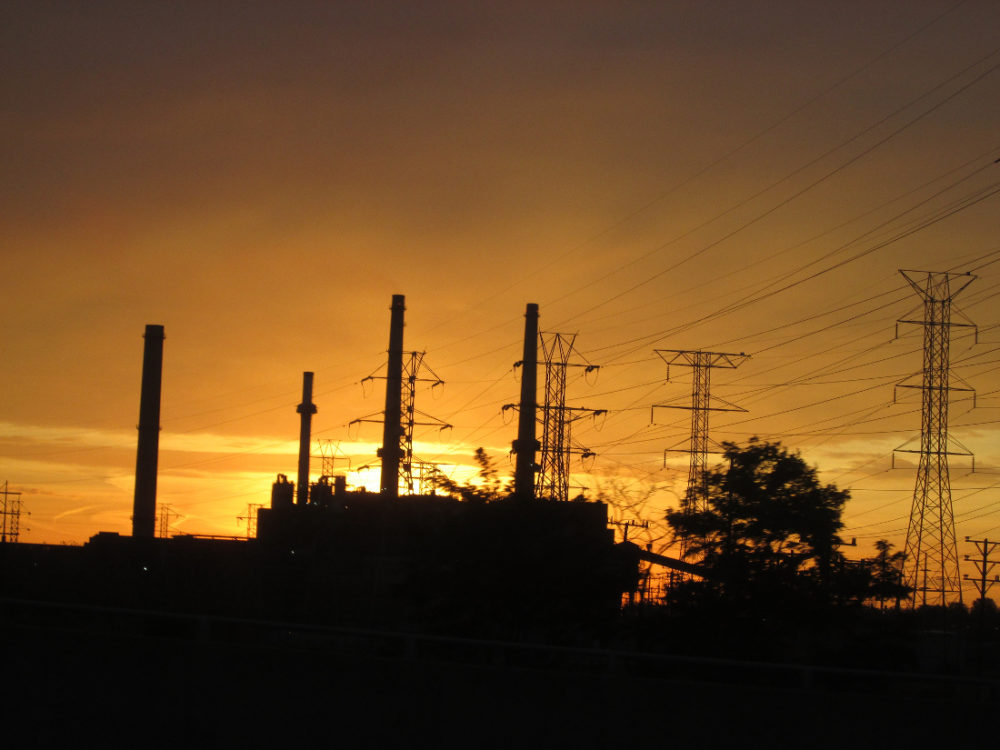 NRG’s Waukegan plant on the shore of Lake Michigan north of Chicago.

A report based on coal companies’ own self-reported data shows widespread contamination of ground and surface water.

Coal ash repositories at 22 operating and defunct coal plants in Illinois have contaminated groundwater and water bodies with toxic heavy metals and other elements at rates higher than legal limits, in some cases exponentially so, according to a new analysis by four environmental groups.

The report, released Wednesday, is based on data reported by coal plant owners under federal coal ash rules that kicked in this year. It shows high levels of arsenic, boron, chromium, molybdenum, lithium and other metals were found in groundwater near plants across the state.

The Environmental Integrity Project, Earthjustice, Prairie Rivers Network and the Sierra Club, which collaborated on the report, raised concerns that the contamination is polluting rivers and lakes — some used for drinking water — and that it could contaminate private drinking water wells.

The environmental groups compared the levels of metals reported in groundwater to Environmental Protection Agency safe drinking water standards and other federal health standards. In some cases, the levels found near coal ash repositories were hundreds or even thousands of times higher than levels considered safe.

“The leaching of toxic metals from coal ash into these precious water supplies is a clear public health risk,” said Joe Laszlo, facilitator of the Central Illinois Healthy Community Alliance, during a press call. “The human health impacts of these toxins are well-established. We have a moral obligation to make sure the companies clean up the mess they created.”

It is not clear how many private wells lie in the vicinity of coal ash impoundments, and some are in remote areas away from residences. But other coal ash impoundments are in populated areas where people rely on wells, like Joliet southwest of Chicago. Advocates worry about health effects especially since the government does not systematically test private wells and many citizens are unaware of possible sources of contamination and cannot afford to do their own testing.

The plants where contamination was found include operating and closed plants owned by NRG, which bought a fleet from Midwest Generation in 2014; and Vistra, which last year acquired Dynegy and the fleet of troubled coal plants Dynegy had earlier acquired from Ameren.

Under the federal rules the groundwater monitoring results could trigger required cleanups by the companies. But environmental groups question whether cleanups will be adequate and worry about future pollution from closed coal ash impoundments. And they worry about rollbacks in the federal rules under the Trump administration, including the potential for states to suspend groundwater monitoring requirements if the groundwater is not considered to have potential to migrate.

Environmental groups are calling on the state of Illinois to complete state coal ash storage rules that have been in the works since 2013 but not finalized.

Contamination across the state

High levels of metals were found in groundwater near plants including NRG’s operating Waukegan plant on the shore of Lake Michigan north of Chicago; Vistra/Dynegy’s closed Hennepin plant just downstream on the Illinois River from popular Starved Rock State Park; Vistra/Dynegy’s closed Vermilion plant on the Vermilion River in central Illinois, the state’s only federally designated wild and scenic river; and NRG’s Lincoln Stone Quarry about 40 miles southwest of Chicago.

The Southern Illinois Power Cooperative’s plant in Marion in the far southern end of the state, on the shore of Lake Egypt, was also found to have contaminated groundwater with coal ash; as was the City Power & Light plant in the capital, Springfield.

The environmental groups frame coal ash as an environmental justice issue in Illinois, noting that the majority of the coal ash impoundments are located in areas with significant low-income populations, and several are in areas with high minority populations, including Joliet, the closed Crawford plant in Chicago and the long-closed Venice plant near the Missouri border.

The environmental groups are especially worried about the pollution since companies plan to permanently close a number of the coal ash impoundments, and the groups worry that current federal and state rules do not do enough to ensure adequate monitoring and remediation in the future.

Many of the impoundments are unlined, and in many cases companies plan to leave the coal ash in place after capping the impoundment, according to plans posted online as required by the federal rules.

Environmental groups have called for some of the ash to be moved to secure disposal facilities farther from bodies of water. Sites where groups have made this demand include the Vermilion plant, where there is significant evidence of ongoing erosion of banks separating coal ash from the river. The local group Ecojustice Collaborative is calling on the Illinois EPA to hold a public hearing about the plans for coal ash storage at Vermilion. Dynegy has made multiple upgrades to the river banks in efforts to stem erosion, and the U.S. Army Corps of Engineers is currently overseeing a public process regarding a riverbank stabilization plan.

The environmental groups’ findings do not necessarily mean coal ash pits are violating regulations. Earlier this year in response to advocates’ concerns about Lincoln Stone Quarry, then-NRG spokesman David Gaier said that “Lincoln Stone quarry is safe and presents no environmental issues. It’s operated under strict permit limits and the oversight of the Illinois EPA, and no groundwater associated with the quarry affects any sources of drinking water.”

Environmental advocates have long questioned whether monitoring requirements were adequate, and say the new reporting requirements of federal coal ash rules help them keep better watch on the situation.

“This is the first time we’ve had a comprehensive, internally consistent inventory of groundwater quality data from across the country, and the coal ash rule requires monitoring for the pollutants that matter in the context of coal ash, that was new,” said Abel Russ, senior attorney with the Environmental Integrity Project.

While companies are required to post the groundwater monitoring results online, the information is difficult to interpret. The environmental groups are compiling the information for coal ash sites nationwide in a user-friendly format on the website ashtracker.org.

“Each plant reports in a different way and a lot of times the results are buried in hundreds of pages of lab reports, so our immediate task was to extract the data, analyze the data and interpret the data for the general public,” said Russ.

Limits to data and action?

The federal coal ash rules call for companies to do two phases of monitoring: one for warning signs of pollution near ash repositories, and — if those warning signs are found — another phase looking for a list of specific contaminants and comparing their levels to presumably unaffected control areas nearby. If the comparison shows a statistically significant difference in levels of metals, the company is required to take action.

The report by environmental groups criticizes the way the rules monitor whether a coal ash impoundment has caused contamination. The phase two monitoring requirements call for comparing groundwater “downgradient” of a repository — presumably where pollution would flow — with background wells upgradient, presumably unaffected by the coal ash.

But the environmental groups complain that the upgradient sites considered as background or control data are in some cases too close to the plant and could also be contaminated from coal ash dumped in the past. In other cases, the groups argue the flow of groundwater was inaccurately calculated and groundwater could actually flow in multiple directions including into the test wells that are designated as background.

The groups are calling on the state Pollution Control Board to proceed with the long-stalled state rule-making process and impose stringent requirements on coal ash stored at both operating and closed plants; the federal rules only deal with open plants. Environmental groups are asking the state to require companies to set aside funds for future coal ash cleanup, and to prohibit the storage of coal ash in areas where it comes in contact with groundwater.

“What we’re calling for is permanent protection,” said Andrew Rehn, water resources engineer for the Prairie Rivers Network. “We fear that coal ash will be left in the groundwater forever if we don’t have stronger protections.”