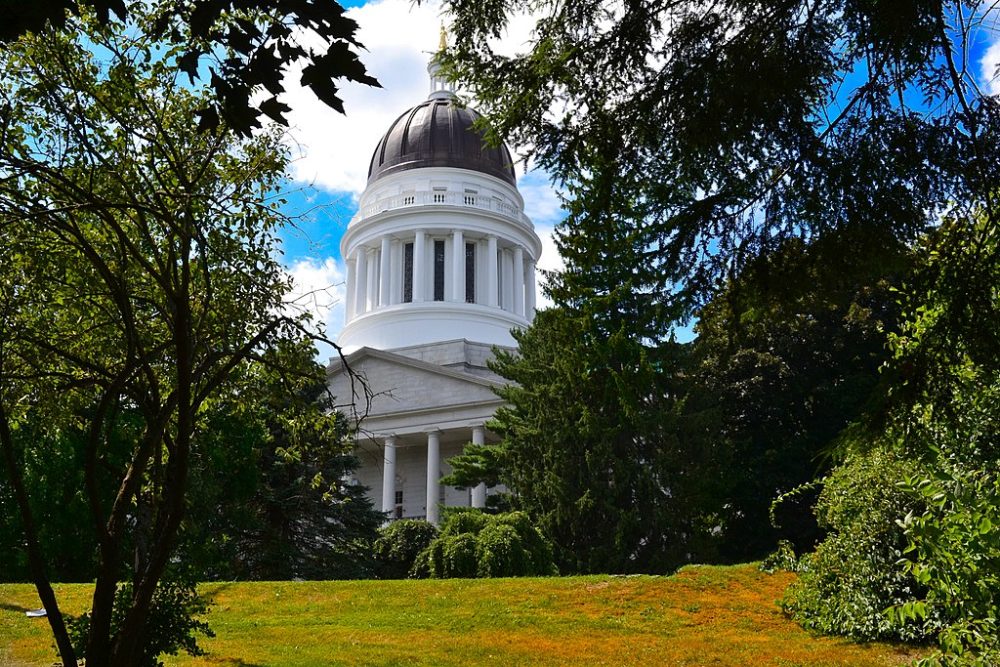 A coalition of businesses, nonprofits and other advocates seeks to revive renewable energy policies in the state.

A wide-ranging coalition of Maine businesses, nonprofits, clean energy developers and others are gearing up for the next legislative session to promote policies intended to lower emissions and drive down costs of renewable energy.

The Energy Pathway for Maine group formed in September in anticipation of an election that would result in a more clean-energy-friendly governor than outgoing Republican Gov. Paul LePage, who is term-limited.

The group is expected to meet in coming weeks to discuss its priorities and approach as a new governor and Legislature begin the next legislative session on Jan. 2.

During his two terms, LePage promoted expanded natural gas pipelines, expanded imports of Canadian hydropower, an effective moratorium on land-based wind energy and scaling back of net metering programs to encourage solar power — all with the stated aim of lowering energy costs.

“After the past eight years of the LePage administration, during which he tried to drown solar and wind in the bathtub, we knew that either [2018 candidates] Shawn Moody or Janet Mills would be much more pro-renewable energy in their policy approach, so we wanted to get the document out into the public in September to try and set the tone for a dialogue around the resuscitation of the renewable energy industry in Maine,” said Phil Coupe, co-founder of solar developer ReVision Energy.

Democrat Mills, currently the state’s attorney general, defeated Republican Moody and two independent candidates in the November election. Democrats also won the majority in both houses of the Legislature as the party flipped the state Senate.

“There are many things that were attempted to be advanced in the Legislature and were repeatedly rebuffed, so now we expect some movement as there has been a pent-up demand for a different policy around clean energy,” said Keith Bisson, president of Coastal Enterprises Inc., a Maine-based investment and advisory firm that supports environmentally sustainable enterprises, and in the past decade has supported clean energy businesses. The firm a year ago added sustainability as a key pillar of its organization.

“We think there’s an opportunity in Maine to help change the narrative about climate change in the negative sense that has been promulgated by our political leadership in our state and the national level,” he added.

Clean energy supporters are encouraged by several possibilities that Mills laid out during the campaign.

That could include a lifting of caps on net metering projects and new rules that went into effect last March requiring installation of a second costly meter for on-site solar installations that now make those projects unfeasible. Mills supported the growth of community solar projects to bring that technology to residents who are unable to site panels on their own residences. These proposals failed to be enacted in recent legislative sessions.

Mills has supported offshore wind development in conjunction with other states. Her campaign was largely silent on land-based wind.

She has also supported the expansion of electric vehicles and additional charging stations, and also vowed to release funds for energy efficiency improvement that were bottled up under LePage.

Another initiative that signatories of the Energy Pathway are encouraging is the development of smart grid technology to better manage energy use. And with the largest percentage of homes in New England relying on oil for heating, ways to lower emissions could also be added.

Other organizations that helped form the Energy Pathway are agricultural and fishing interests, low-income advocates, faith leaders, environmental organizations and trade associations. Since its founding, it has grown to more than 40 members.

Bisson said the group taps into long-standing traditions. “We felt it was an opportunity to lay out some guiding principles that are nonpartisan that build on Maine’s history and the people we’re involved in,” Bisson said.

A founding statement says in part: “Maine currently exports $5 billion per year from the state economy to import fossil fuels, while abundant local energy resources remain untapped and our buildings remain inefficient. We have a chance to keep our energy dollars in-state by investing in an energy future that will fuel a 21st-century economy: one that is dynamic, competitive, and clean.

“Mainers, including fishermen, farmers, University of Maine scientists, policymakers, business owners, individuals, and families recognize that a changing climate poses significant risks to Maine’s economy and environment. Many aspects of our economy and segments of our population remain vulnerable, not only to climate change but also to unaffordable energy, housing, and transportation.”