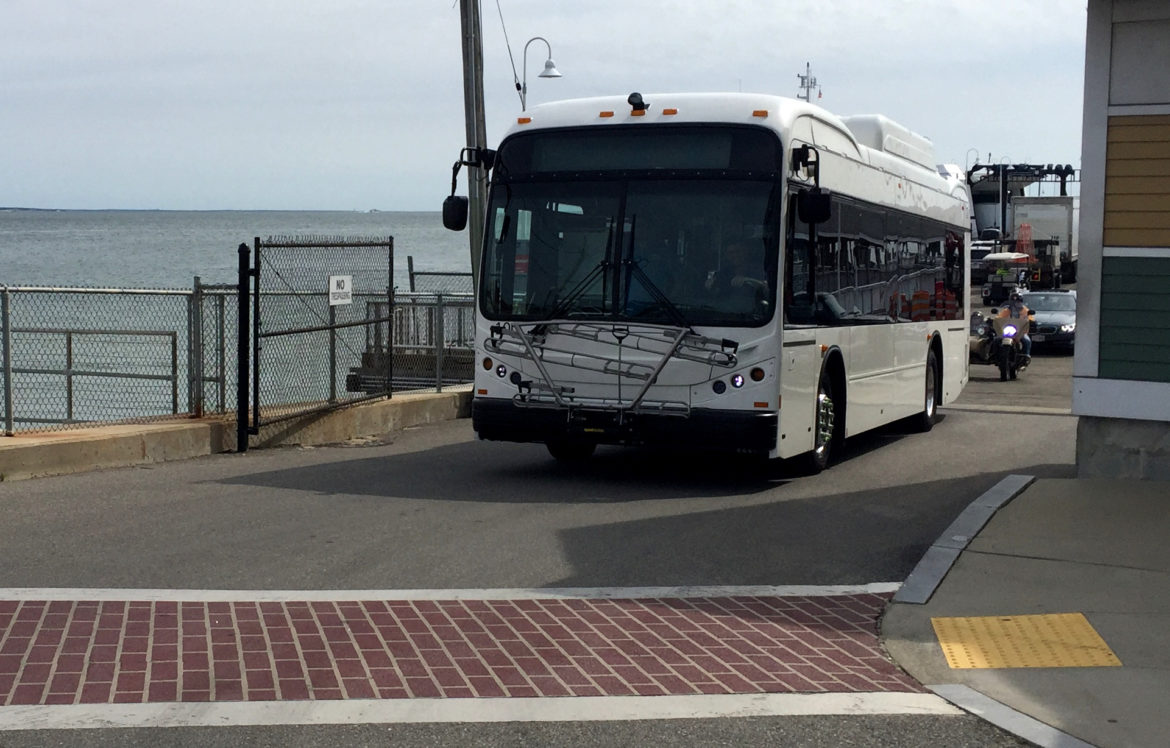 The transit agency serving Martha’s Vineyard plans to power a new fleet of electric buses with an innovative microgrid system.

The Martha’s Vineyard Transit Authority is embarking on an ambitious plan to modernize its public transit system. The agency is in the midst of replacing all of its diesel buses with battery electric models, and has plans to employ a combination of solar panels, battery storage, and induction charging to power the new fleet.

“Diesel was becoming wildly unreliable and expensive,” said agency administrator Angela Grant. “Electric solves a lot of issues all in one swoop for us.”

Martha’s Vineyard, an island of about 100 square miles off the southern coast of Massachusetts, is best known as a vacation destination for the wealthy. However, the island is also home to 17,000 year-round residents spread out across six towns that are connected by bus service.

Though headlines about bus electrification tend to focus on larger urban areas, the project on smaller, largely rural Martha’s Vineyard could offer valuable insight into the challenges and benefits of integrating a range of technologies into one system.

“We very quickly realized this could be very powerful for other [transit] agencies,” said Michelle McCutcheon-Schour, a consultant at the Vermont Energy Investment Corporation, which is helping the island transit authority go electric.

The Martha’s Vineyard Transit Authority (VTA) runs a fleet of 33 buses. The agency initially decided to make the switch from diesel to electric because of growing problems with maintenance costs and reliability. The first six electric vehicles hit the road this summer and another six are set to be delivered next summer. The remaining diesel vehicles will be replaced by electric buses as they are retired over the next several years. The main charging location will be located at the VTA’s garage. The facility will be grid-connected, but also include solar panels and battery storage, allowing the agency to reduce its demand on the grid during peak hours.

The vision is for the system to disconnect from the grid during power outages, which means it will still be able to use its stored electricity and solar-generated power. Typically, solar installations that are connected to the grid are designed to turn off during outages for safety reasons. Diesel generators will also provide backup electricity if needed.

This combination of resources, known as a single-user microgrid, is increasingly seen as a promising strategy for making public transportation systems more reliable and sustainable. Falling costs for electric buses, battery storage, and solar panels increase the appeal of microgrids. Few transit agencies have yet deployed such systems, however.

For the VTA, the system is designed to maximize resilience, especially important on an island, where resources can’t be easily brought in from neighboring towns.

“Transit agencies are required to serve the public 24/7,” said McCutcheon-Schour. “So when you embark upon electrifying a fleet, you have to make sure you can serve the public in all scenarios.”

Across the island, buses will power up at inductive charging stations. At three or four stops — the plans are not yet firm — charging plates will be embedded in the ground. The bus will park over the plate and the electricity will transfer wirelessly to the vehicle. In the time it takes passengers to load and unload, the bus should be able to take on about 30 kilowatts, enough to keep it going until its next opportunity to charge, Grant estimated.

Inductive vehicle charging is still a young technology and has largely been deployed in warmer climates. The Martha’s Vineyard charging stations will be one of the first real-world tests of the technology in colder climates, where snow could cover plates and the need to heat buses could drain batteries faster.

“The technology has come quite a long way,” said Colin McKerracher, a clean transportation analyst for Bloomberg New Energy Finance. “It is still more expensive, but can also be more convenient.”

As it combines disparate technologies, the Martha’s Vineyard project is asking — and answering — a lot of questions about how best to finance and integrate vehicle, solar, storage, and charging systems.

VTA has turned to a range of funding sources to achieve the project. A $545,000 grant from the state Advancing Commonwealth Energy Storage program is helping pay for the system’s battery storage and $2.6 million in federal and state grants to help pay for the vehicles. Some of the money Massachusetts received from Volkswagen in the wake of its diesel emissions scandal is also going into the project.

In the process, developers and suppliers are learning more about each other’s needs and how to work with each other to created a unified system, an advance that should benefit future transit projects, McCutcheon-Schour said.

“This is really the first time this is being done,” she said. “We’re learning to help them speak each other’s language.”