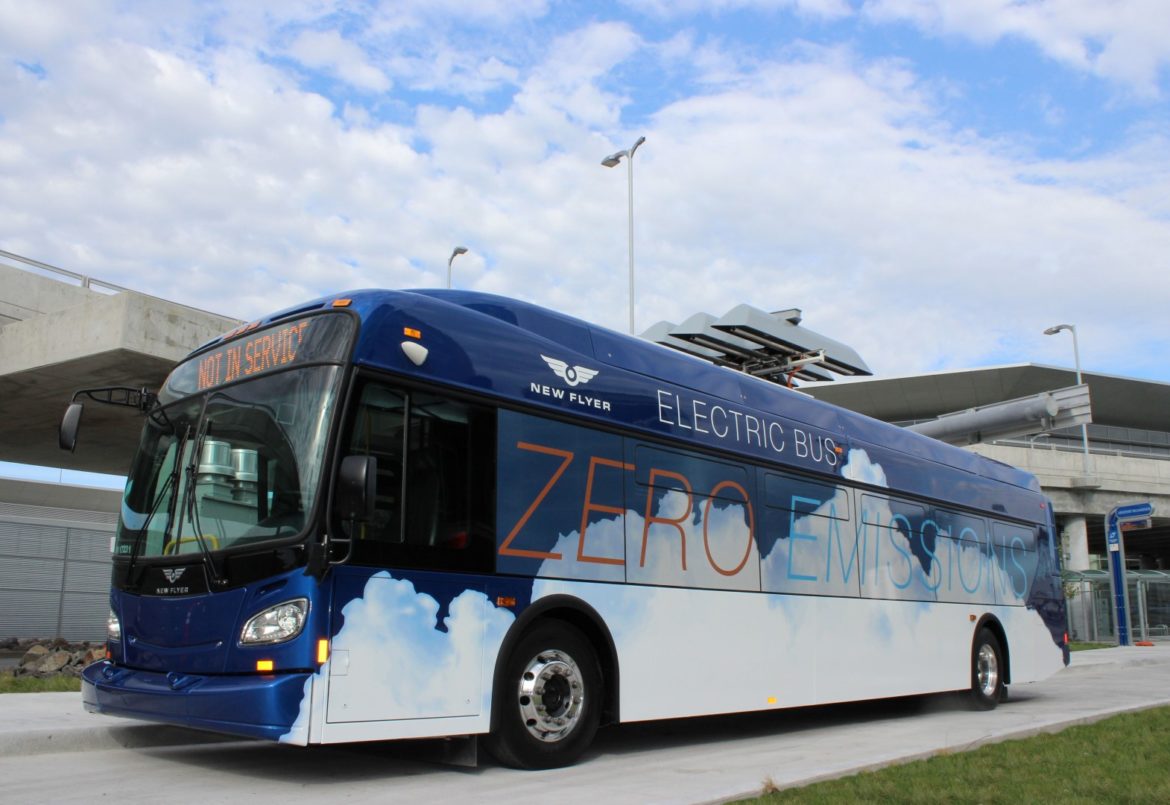 After adding a mix of electric and diesel buses over the next three years, the agency could go all-electric after that.

The transit agency serving the Minneapolis-St. Paul metro unveiled a plan Monday to pivot toward an all-electric future — weather permitting.

Metro Transit officials have questions about how electric buses will perform in Minnesota’s winters, but they want to add as many as 125 of them over the next four years, after which they may stop buying diesel buses altogether.

The multi-year strategy comes two months after clean energy advocates successfully pressured the agency to suspend the purchases of new diesel and hybrid buses so that it could study the potential for electrification.

“It’s a huge step forward and shows that Metro Transit, the largest transit agency in the state, and the Met Council are committed to taking action on climate change,” said Joshua Houdek, land use and transportation manager for the Sierra Club’s North Star Chapter, which was part of a coalition that included Fresh Energy, publisher of the Energy News Network.

Transportation is the Twin Cities’ largest source of greenhouse gas emissions, and clean energy advocates also pointed to studies showing that air pollution causes more than 2,000 early deaths per year in the region.

“Community members came together and told the Met Council that they should make it a priority, for the health of our communities and to reduce climate impact, to switch over to these vehicles,” said Noa Shavit-Lonstein, organizing lead with the Coalition for Clean Transportation, which recruited more than 1,200 people to sign a petition calling for electrification of the bus fleet. 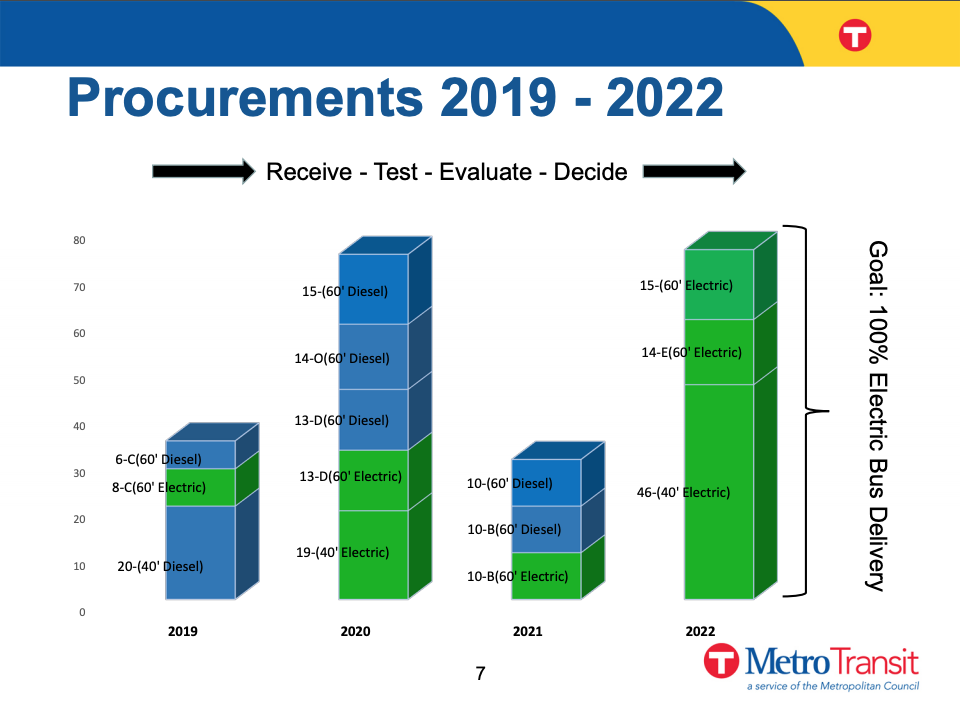 Metro Transit plans to put eight new electric buses on the road next year, followed by 32 in 2020 and 10 in 2021. It also plans to add 88 diesel buses during that time period. After that, however, the plan calls for shifting new buses to 100 percent electric in 2022, when it intends to add 75 buses to its fleet.

The purchases over the next three years will allow the agency to better evaluate the cost and performance of electric buses, both for standard 40-foot buses as well as 60-foot “arterial” models used on commuter routes.

Brian Funk, deputy chief operations officer for buses, said future investments will depend in part on what they learn over the next few years. The timing is critical: more than 170 buses are slated to be replaced in 2023 and 2024.

“We don’t have funding for those today, but we need to understand where the market is going and get the right number of electric buses into our system,” Funk said.

Among the concerns are whether electric buses can provide the same level of on-board heating for passengers, and whether charging issues will thwart electrification of longer commuter routes, he said.

Bus electric chargers cost around $100,000. The placement of them still needs to be determined. Charging fees from the region’s electric utility, Xcel Energy, will be another issue to manage, Funk said.

Metro Transit next year will start using eight electric arterial buses, along with six diesel models, on the new C Line bus rapid transit route from downtown Minneapolis to the northwest suburb of Brooklyn Center, he said. The electric buses, which cost $1.2 million each, are manufactured by New Flyer in St. Cloud.

“They are among the first 60-foot battery-operated buses in the country,” Funk said. “They are a few maybe out there, but none are in service now.”

Unlike diesel buses, which require no refueling during the day, the arterial electric buses will have to be recharged periodically on the C Line. Metro Transit is installing two fast chargers at its Brooklyn Center transit center to serve electric buses.

Each bus will have a battery capacity of about 101 miles. After each 17-mile round trip on the C Line, buses will charge 12 minutes to add 12 miles of capacity. Charging after every round trip means the buses should always have enough battery to travel at least 47 miles.

“These are estimates of what we expect,” Lamb said. “This is important because in the long term it’s not feasible to have these on route chargers at all our 350 or so end points.”

Metro Transit has years of experience and a large infrastructure devoted to diesel buses. The challenge now is to determine how to operate the bus system with an entirely different fuel source and what investments and changes to service that may require, he said.