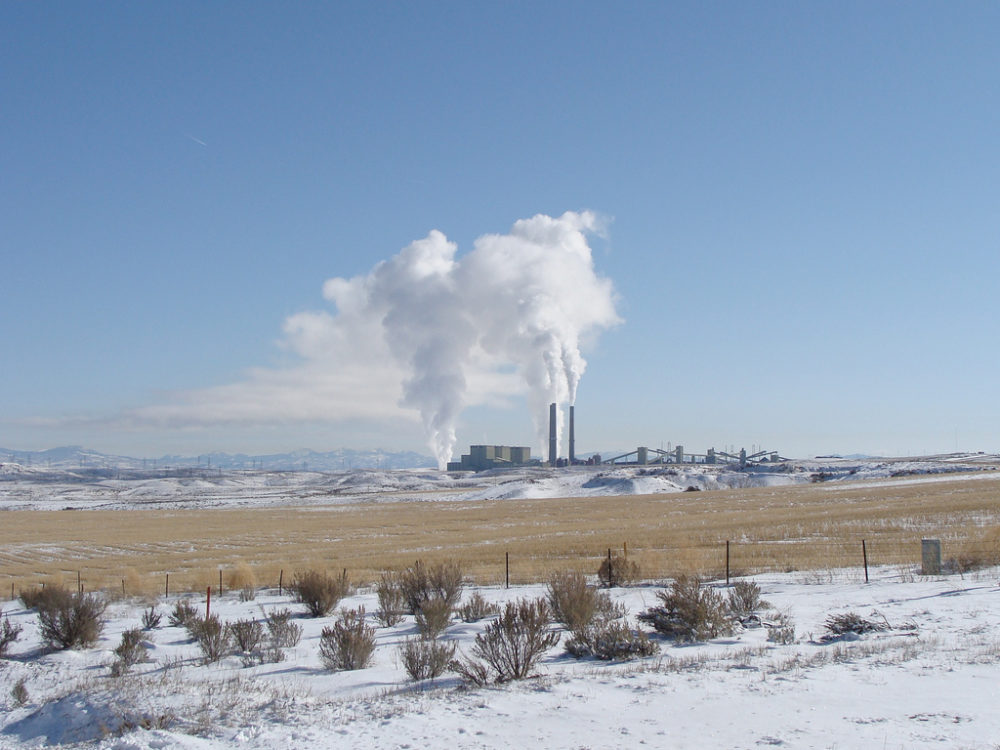 While one co-op tries to end its relationship with Tri-State, another seeks to incite insurrection from within.

Two Colorado electrical cooperatives, both seeking a more aggressive push toward clean energy, have chosen very different ways to express their displeasure with their wholesale provider.

Both co-ops say that in clinging to coal-fired generation, Tri-State Generation and Transmission has forced them to pay higher rates while customers of other, more nimble utilities have been able to realize benefits from plunging prices of renewable generation.

Meanwhile, United Power Cooperative, which serves an area outside Denver that is ripe with potential development opportunity, wants to reform from within.

Delta-Montrose began negotiations in November 2016 to leave Tri-State. In doing so, it followed the path established by Taos, New Mexico-based Kit Carson Electric, which left Tri-State in early 2016 after paying a $37 million fee financed by new wholesale power provider Guzman Energy. With help of Guzman, Kit Carson is angling toward 100 percent renewable power and has been rapidly building solar farms in its service territory of northern New Mexico.

If Delta-Montrose succeeds in leaving Tri-State, it announced, it will also hook up with Guzman.

The two were the only ones among 44 members in four Western states that in 2007 had refused to ratify 10-year contract extensions with Tri-State. Tri-State had wanted the contract extensions to 2050 as it planned a major new coal-fired power plant at Holcomb, Kansas — a plan that has since been shelved.

Tension flared in 2015 between Delta-Montrose and Tri-State over efforts to build local renewable generation, which is limited by contract to 5 percent of each member’s load, and the two parties are still engaged in a dispute before the Federal Energy Regulatory Commission.

Meanwhile, after two years of negotiations, Delta-Montrose and Tri-State have been unable to reach agreement about what an appropriate exit fee would be. On Thursday, the co-op asked the Colorado Public Utilities Commission to “exercise its statutory authority” over Tri-State as a public utility. “While Tri-State touts ‘voluntary and open’ membership,” says the complaint, “it has set a punitive exit charge that is unjust, unreasonable, and discriminatory in violation of Colorado law.”

Delta-Montrose board members and executives have not divulged what Tri-State has asked, citing confidentiality agreements, but Jasen Bronec, Delta-Montrose’s chief executive, told the Colorado Sun that it is “orders of magnitude” higher than what is justified.

The Colorado PUC has generally confined its jurisdiction to the state’s two investor-owned utilities except in cases of transmission. But in its complaint, Delta-Montrose declares that state law gives the PUC “broad jurisdiction over public utilities like Tri-State,” and cites a case filed in 2013 by three Tri-State members.

In that case, the commission agreed it did have jurisdiction. However, in a 2-1 vote the commissioners ruled they could not require Tri-State to undertake a partial or full rate case, as do the investor-owned utilities. The co-ops withdrew their complaint after a settlement was reached.

United Power, by far the largest of the co-ops that Tri-State serves, isn’t ready to head for the doors. However, a letter sent in November to the other 42 members of Tri-State seeks to incite insurrection from within. The letter expresses “grave concerns about key elements of Tri-State’s key generation products and services” and seeks “more flexible ways of doing business together.”

With the current membership class, “either you’re all in or you’re out, you’re black or you’re white,” Parker said. “We are just looking to see if there can be some gray areas between them.”

While most co-ops have had flat or even declining loads, United Power has had sales increase 50 percent in the last five years, about four-fifths of that coming from the oil and gas sector in Colorado’s Wattenberg field, one of the nation’s major shale plays. But with two interstate highways, railroads and the relative proximity of Denver International Airport, the co-op’s service area is an attractive location for business development.

To compete with Xcel Energy, United says, it needs better prices and more diversified packages. It says Xcel’s wholesale combined demand and energy charge is 28.5 percent lower than that of United’s. In turn, 80 percent of United’s cost is the wholesale costs from Tri-State. “This wholesale cost differential between United Power and our neighbor and competitor is a serious problem,” the letter says.

‘… Tri-State is almost continually evolving, and we look at this as just one more step in the evolution.’

Also a serious problem for United Power has been its ability to deliver energy with a lower carbon footprint.

“We haven’t had anybody really pounding on the front door or picketing in the parking lot,” Parker said. “We hear about it at our annual meeting. If we have a booth somewhere, people ask about it. It’s just a general rumble, something more and more on people’s minds.”

“All of a sudden there’s a guy, the chief executive of an outdoor clothing company who wants to be 100 percent renewables, because it’s important to his branding. You’re going to tell me that we love your stuff, but we can’t do it? Really?”

Parker notes that Tri-State started out as an aggregator, first delivering power from the new federal dams of the West to its members and then other resources. It didn’t acquire generation assets of any size until the 1980s.

“So Tri-State is almost continually evolving, and we look at this as just one more step in the evolution,” Parker said. “Quite frankly, they are behind some other co-ops and G&Ts around the country that took this step 10 or 20 years ago. We don’t think this is rocket science … This is a solution that has been done lots of times before.”

Marizza accuses Tri-State of using fear messages to persuade members against change, warning of high rates if coal is abandoned — when in fact embracing renewables will result in lower rates.

But Marizza cites a fear of his own. If utilities are to remain relevant in the future, they need to reinvent themselves. He cites the case of U.S. Postal Service, which had its best customers cherry-picked by Fed Ex and UPS and was left with the customers that were expensive to service and produced relatively little revenue.

Similarly, he says, if co-ops don’t change, they will become the “utility of last resort.”

At least two other Tri-State co-ops have also expressed frustration with Tri-State’s slow-to-bend path. Directors of Fort Collins-based Poudre Valley Rural Electric Association in September unanimously adopted a resolution that called for Tri-State to “work expeditiously in a transparent process to determine if significant cost savings are achievable by adjusting Tri-State’s fuel mix.”

“We continue to hear our consumer-members say that local renewable generation is important to them, and for that, we need flexibility to help fulfill their and our expectations,” said Ron Meier, manager of engineering and member relations for La Plata.

The election of Jared Polis as Colorado governor may factor into the approaches taken by Colorado utilities in registering their discontent with Tri-State. Polis campaigned on a pledge to push Colorado toward 100 percent renewables by 2040. In remarks last week about Xcel Energy’s new lower-carbon goals, Polis specifically mentioned working with “electrical co-ops to meet climate change goals.”

Editor’s note: An earlier version of this story misidentified the consulting firms that worked with La Plata Electric Association.