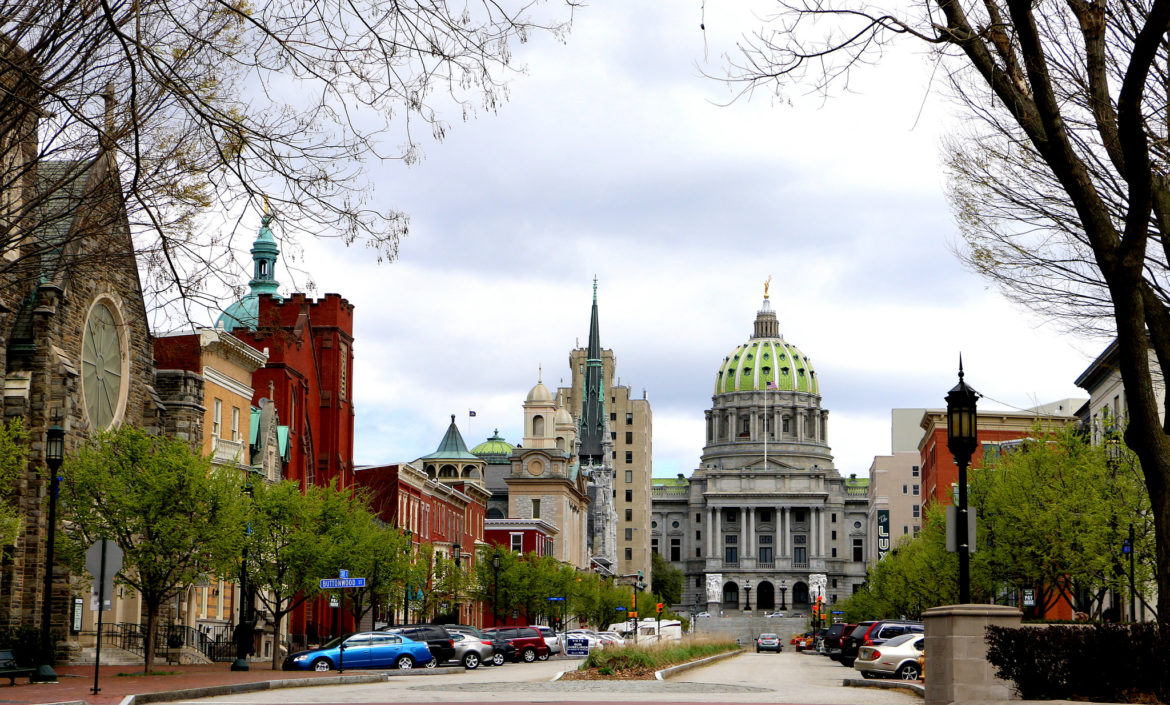 The cap-and-trade program being pushed by signatories may lead the state to join the Regional Greenhouse Gas Initiative.

A petition filed last month in Pennsylvania could give the state an opening to join the Regional Greenhouse Gas Initiative — an effort among nine northeastern states to lower carbon emissions and drive clean energy investments.

The petition has more than 60 signatories, including legal scholars, environmental organizations, and solar energy firms. They argue Pennsylvania regulators have the legal authority and constitutional duty to address climate change and ask them to create an economy-wide cap-and-trade program, using California as a model.

The move triggers a legal process, which entails a response from the state.

Cap-and-trade is a market-based system that starts with a cap — an overall limit on emissions. Polluters can then purchase and sell allowances to only emit certain amounts.

A pathway for Pennsylvania?

Pennsylvania’s governor, Democrat Tom Wolf, was recently elected to a second term. Earlier this month he said he has “not come to a conclusion” on the petition, but that he’s open to solutions to address climate change, calling it “one of the big issues we have to deal with.” Among states, Pennsylvania is the third biggest carbon emitter, after California and Texas, and has higher per capita emissions than any other Northeast state.

The so-called petition for rulemaking was co-authored by Robert McKinstry, a retired attorney working on it pro bono. He said it does not require Pennsylvania to join the Regional Greenhouse Gas Initiative (RGGI), but that it’s an option; the program is meant to be harmonized with it.

“It says we will accept RGGI allowances for the first three to five years, and after that we’ll accept their allowances if they’ll accept ours,” McKinstry explained. “We can accept those allowances and retire them and that will force RGGI prices up somewhat.”

‘Every state looking to join should expect to have a strong cap that will ratchet down carbon.’

“We get around a lot of the politics of this by moving forward with a regulatory approach,” Minott said. Petitioners say the state’s Air Pollution Control Act allows for such an action, and the state’s Environmental Rights Amendment requires it.

The Environmental Rights Amendment was added to Pennsylvania’s state constitution in 1971 and guarantees citizens the right to clean air and pure water. It was largely ignored for decades, until two recent state court cases dealing with natural gas drilling revived interest in it. The state Supreme Court has upheld a broad interpretation of it.

The petitioners point to a provision in the amendment that requires the state to act as a trustee of public natural resources, ensuring their benefit for all people, “including generations yet to come.” They say this creates a constitutional requirement for Pennsylvania to address climate change.

The petition is now under review at Pennsylvania’s Department of Environmental Protection, which will determine whether it’s technically complete. It will then go before the state’s Environmental Quality Board, which can decide whether to move forward with it or not.

As the Trump administration backtracks on climate action, states and local governments are stepping up to do more to curb harmful emissions. New Jersey Gov. Phil Murphy yesterday announced two new regulatory rules guiding the state’s re-entry into the program. An analysis earlier this year found the state had lost as much as $154 million in potential revenue since Republican Gov. Chris Christie exited the program in 2011.

Advocates in Virginia are also pushing for their state to formally join the initiative.

Doug O’Malley of Environment New Jersey said residents there were “robbed” by not being part of the program — seeing more carbon pollution and less investment in clean energy.

“We’ve been working diligently over the last seven years to get New Jersey back into the RGGI program,” he said. “It’s a program that works.”

A report published by RGGI last year said participating states were able to cut power sector carbon pollution over 45 percent since 2005, while the region’s economy grew.

“RGGI needs more partners,” O’Malley said. “We’re thrilled Virginia is on the cusp of joining the program and that other states are considering joining.”

But he cautioned that as more states look at being part of the initiative, they need to put forward strong emissions caps.

“This is not a feel-good program,” he said. “Every state looking to join should expect to have a strong cap that will ratchet down carbon.”