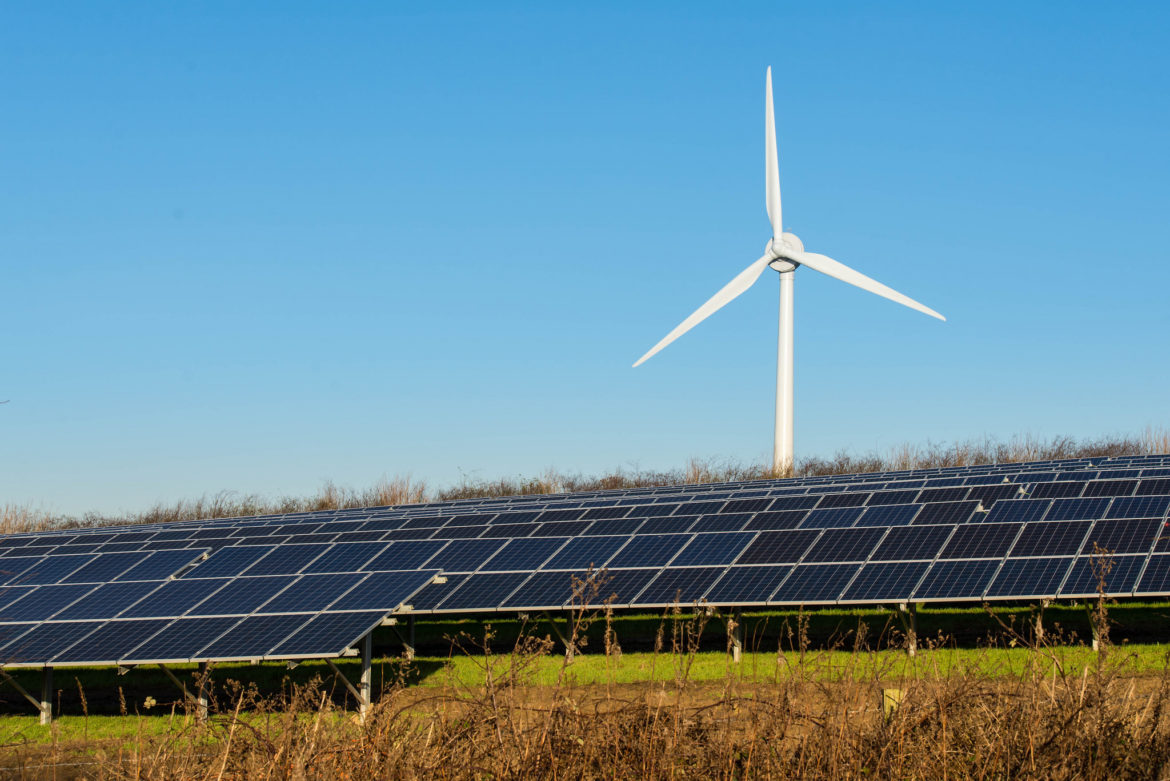 Adam Maxwell is the government relations director at Audubon Washington. Mackenzie Springer is a climate campaign and outreach intern at the National Audubon Society.

Earlier this month, Xcel Energy, one of the nation’s largest electric utilities, committed to 100 percent clean energy generation by mid-century. In Washington state, we have significantly less fossil fuels to convert to clean, renewable resources and the overall electricity load is 22 percent smaller. In 2019, Washington state’s Legislature must pass policy that ensures our electricity is 100 percent clean by 2045.

In the midst of a torrent of reports about the accelerating pace of climate change, Audubon Washington remains committed to policies that accelerate the clean energy transition. Thanks to a bold commitment by one of the nation’s largest electric utilities, that transition just got significantly closer to becoming reality. Xcel Energy, a major utility company based in Minnesota and operating in eight states, announced this month that it will be shifting its energy generation to 100 percent clean sources by 2050.

While this commitment is a big deal, it’s critically important to view these developments with the seriousness and sobriety that the climate crisis demands. And, for those of us here in the Pacific Northwest, to consider what this announcement could mean for our own energy future.

It is undeniable that clean energy commitments from the private sector are important, but climate and clean energy advocates cannot afford to let up. We must keep pushing for bold public policies that ensure the path to 100 percent clean energy isn’t completely dependent on boardroom decisions. That’s why the number one priority for Audubon Washington in the 2019 legislative session, is a strong 100% Clean Electricity Standard that removes all fossil fuels from Washington’s electric grid by 2045.

Audubon remains firmly committed to pragmatic solutions that eliminate climate polluting fossil fuels from our energy mix. The good news is that in Washington state, we are close. Much closer in fact, than Xcel Energy is in the eight states it serves.

In 2018, Washington state sourced roughly a quarter of our electricity from fossil fuels. That stands in stark contrast to Xcel’s numbers. Nationwide, when Xcel customers turn on the lights or plug in their devices, about 60 percent of that energy comes from burning fossil fuels. In Xcel’s largest service territories, Colorado and the Upper Midwest, those numbers are 78 percent and 42 percent respectively.

Comparing Xcel Energy’s clean energy transition to what we need to do here in Washington is a pretty reasonable comparison to make. The total load Xcel would ultimately serve with 100 percent clean electricity is roughly 109 million megawatt-hours, which is about 22 percent more than Washington’s total energy use. Here in the Evergreen State we have less fossil fuels to convert to clean, renewable resources and the overall electricity load is significantly smaller. We are very well positioned to go 100 percent clean!

For years utilities and fossil fuel companies have been telling us 100 percent clean energy is a fantasy. But customers aren’t buying it and Xcel recognizes that. When Xcel CEO Ben Fowke announced the news, this is what he said: “when your customers are asking for this over and over, you really do listen.” It’s great to see Xcel listening to its customers, and it’s time for Washington state utilities to do the same. 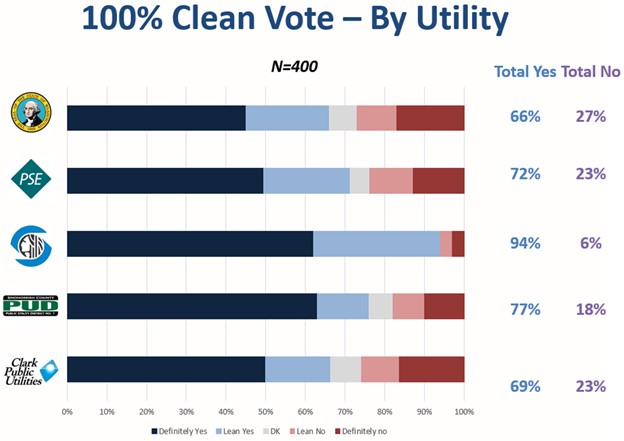 Xcel Energy is embracing the kind of bold leadership our climate moment demands. Washingtonians deserve the same type of action. Our electric utilities have the opportunity to do that by supporting a 100% Clean Electricity Standard that creates a clear, well-ordered pathway to a fully fossil-fuel free grid.

Good faith commitments are not enough. To make the kind of transition we need, we must have full public and private sector participation in coordinating the deployment of the clean energy technologies that are already largely in place. We need strong clean energy policy.

To sum up, 100 percent clean energy — it’s what Washingtonians want, it’s entirely achievable, and it’s what our climate needs. Washington state’s utilities must step up to the plate and join us in supporting the strongest possible 100% Clean Electricity Standard in the 2019 legislative session.