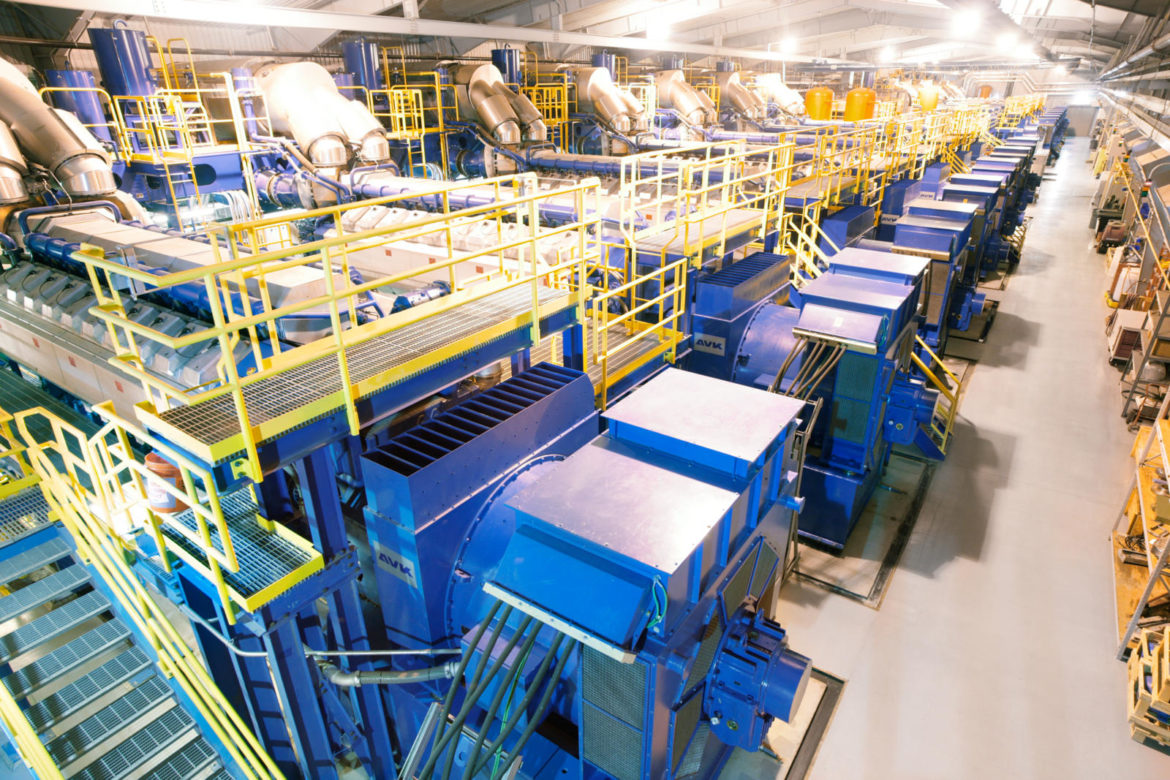 The state’s largest utility is teaming up with a Finnish company to explore using hydrogen to make methanol.

A Nebraska utility, finding itself with a ready source of hydrogen, is exploring a solution that could enable it to reuse carbon dioxide from power plants or other sources.

In November, the Nebraska Public Power District (NPPD) announced a partnership with Finland’s Lappeenranta University of Technology and Wärtsilä, a Finnish manufacturer, to explore using that company’s technology to generate electricity from methanol, which would be synthesized by combining hydrogen and carbon dioxide.

While a news release touts the study as intending to help “accelerate the move towards a future where energy will be produced from 100 percent renewable carbon free sources,” NPPD does not yet know whether any carbon reduction benefits will result.

Methanol, which is chemically similar to ethanol, can be used in internal combustion engines and burns cleaner than fossil fuels. It’s commonly used as a solvent and antifreeze, is relatively easy to ship and is biodegradable.

However, it is also energy intensive to make, and still emits carbon dioxide when burned.

NPPD became interested in the fuel when it contracted to purchase hydrogen — one of the two chemical components of methanol — that will be produced as waste from a factory under construction near the utility’s Sheldon Station coal-burning plant. Monolith Materials plans to manufacture carbon black, a versatile industrial material, from natural gas using electricity from Sheldon Station, located about a quarter-mile away.

The utility envisions burning most of the hydrogen from Monolith in a boiler at Sheldon Station that it would convert from coal. Anticipating a small amount of excess hydrogen, the utility began casting about for a use, according to John Swanson, NPPD’s generation strategies manager.

Swanson said the other key ingredient, carbon dioxide, could be collected from one of NPPD’s power plants, or from some of the ethanol production facilities located across the state. The methanol would be burned in a high-efficiency engine developed by Wärtsilä.

Swanson acknowledges there are many questions to sort out.

“We need to know whether it’s worth making hydrogen into methanol,” Swanson said. “The technology exists to make methanol, but at what scale is the big question. There are various ways you can do it. What are those technologies, and what would work best for us at Sheldon Station?”

‘The technology exists to make methanol, but at what scale is the big question.’

Swanson said the utility will need to know “the whole story, the life cycle of the chemicals we’re talking about, what temperatures, what pressures, and then how much methanol can you actually make? How much will it cost for the raw materials, how much to convert those to methanol, and what’s the value of methanol?”

In addition, he said, the utility will want to know what they’ll have to charge for that electricity. It is also unclear how overall carbon emissions would compare to other forms of generation. NPPD’s current generation mix includes about 45 percent coal.

While NPPD’s concept is unique, the technology it will draw upon already exists.

A project in Iceland run by Carbon Recycling International uses surplus renewable energy to produce methanol for use as a gasoline substitute. While the process is not carbon neutral, it does reduce emissions by capturing CO2 from a power plant and offsetting gasoline use. And a 50-megawatt power plant in Eilat, Israel, was converted from diesel to methanol in 2014 to reduce local emissions.

G.K. Surya Prakash, a professor of chemistry at the University of Southern California and the director of the Loker Hydrocarbon Research Institute, says methanol could provide a niche source of power that might prove especially useful at times of peak demand.

The manufacture of liquid methanol from hydrogen and carbon dioxide gases is energy-intensive, he said, producing roughly 100 units of energy for every 70 units put into the process. But energy in liquid form can be stored until needed, making it much more valuable and flexible, he said.

While coal and natural gas need time to ramp up, and consequently aren’t good complements for the vicissitudes of wind and solar energy, a methanol-fired generator reacts quickly to the flip of a switch.

“Wärtsilä, their claim to fame is that they can run them up and down, and they are very fast reacting units,” Swanson said. And in an energy future that likely will depend heavily on variable renewable power sources, he said, that asset could make methanol a valuable addition.

Swanson said in a recent news release that the utility would like to complete the business case early in 2019.