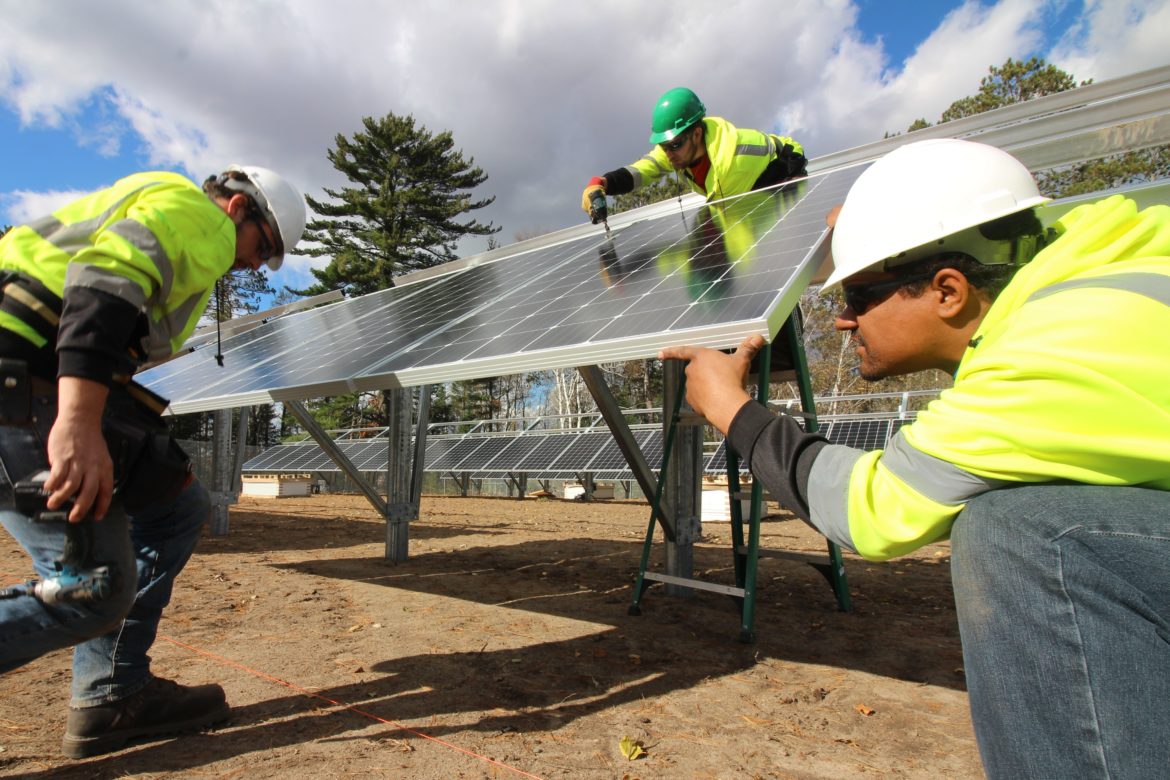 When a Minnesota nonprofit partnered with the Leech Lake Band of Ojibwe to build a community solar array in 2017, they believed their model could scale nationally.

That theory is being tested as the Rural Renewable Energy Alliance (RREAL) travels east to Vermont’s Windsor and Windham counties where they are working with Southeastern Vermont Community Action (SEVCA) to provide solar power to 50 low-income households.

Jason Edens, director of RREAL, started the nonprofit in his garage with a group of local volunteers. Their goal was to alleviate the burden of high energy bills in northern Minnesota by installing solar units for low-income households.

Edens, who was once a recipient of assistance through the federal Low-Income Home Energy Assistance Program (LIHEAP), said solar power can reduce energy costs in a more environmentally and financially responsible way.

In Vermont, one-fifth of residents experience fuel poverty, meaning they spend more than 10 percent of their income on energy. As SEVCA’s executive director of 14 years, Steve Geller has witnessed Vermont’s energy burden firsthand.

“We just see this enormous volume of people who don’t have the resources to heat their homes and pay their rent, put food on the table, and pay their health care costs,” Geller said.

SEVCA had experimented with solar power as a form of energy assistance before teaming up with RREAL. These were small-scale projects installing panels on individual homes, much like RREAL’s flagship solar assistance program. The current project in Vermont involves building a community solar project — a more cost-efficient way to provide solar power.

With community solar, people who can’t install their own panels can buy subscriptions to solar panels elsewhere in their community. The energy contribution of those panels is then taken out of their utility bills.

Community solar projects are more easily integrated into the energy assistance program because they are not fixed to a particular house. As Edens explained, “The community action agency can assign the subscription or the share to a family for one year or five years, but then have the ability to shift that capacity to a new family that is now income eligible or has moved into the service territory. It’s a really elegant way for a community action agency to use those subscriptions.”

During the 2016-17 heating season, 26,557 Vermont households received LIHEAP funds totaling about $19 million. The estimated cost of the solar project is $300,000, and it is expected to generate about $23,000 worth of electricity per year over the estimated 25-year lifespan of the panels. This means it will take about 13 years for the installation to pay for itself. 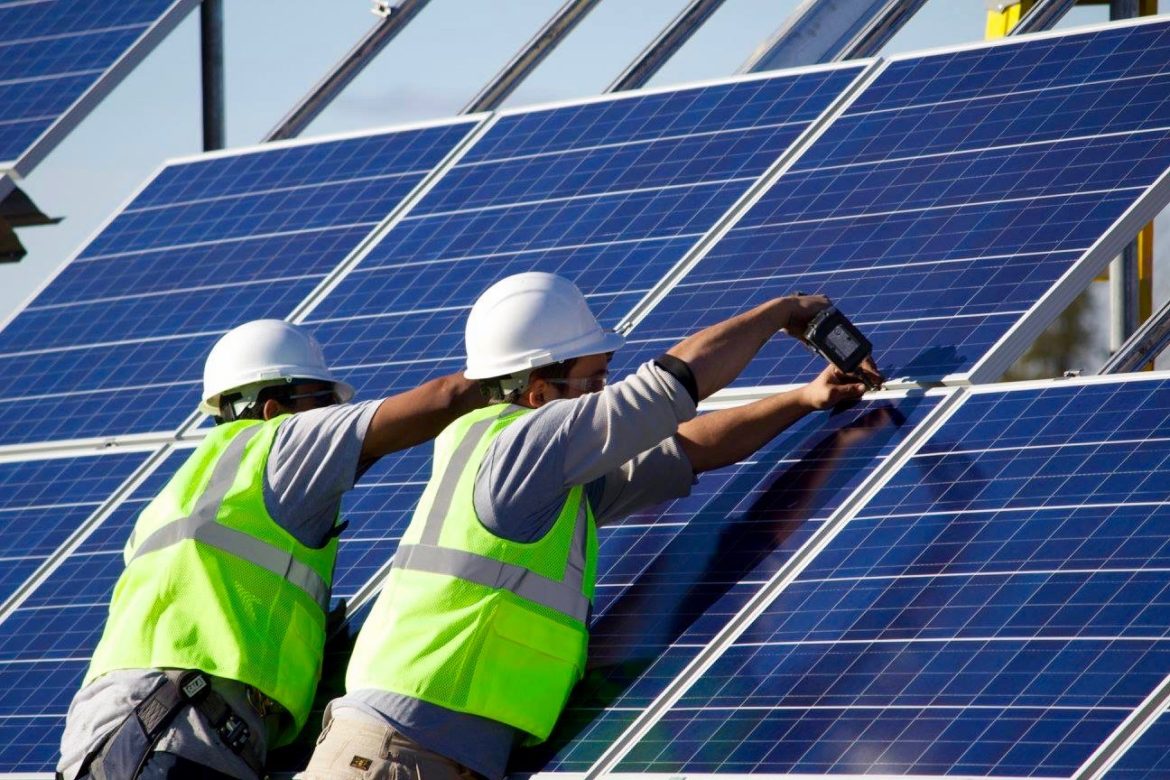 A RREAL crew installs a solar panel in central Minnesota.

The infrastructure for nationally scaling RREAL’s model already exists — community action agencies like SEVCA currently serve 96 percent of U.S. counties. The Lyndon B. Johnson administration’s 1964 War on Poverty created these agencies to provide services and assistance in the elimination of poverty. Eventually they were charged with administering LIHEAP funds to their service areas.

LIHEAP runs an annual bill of about $3.5 billion, appropriated each year by Congress. Energy assistance is vital for families spending outsized portions of their income, but the program is in trouble. Funds allocated for LIHEAP have dropped by more than $1 billion since a brief spike during the 2008 recession. The program is not meeting needs — less than one-fifth of the families eligible for energy assistance actually receive it.

Community action agencies don’t always know how much money they will receive in a given year because of fluctuating LIHEAP appropriations. The $19 million Vermont received from LIHEAP last year, for example, is down from $34 million in the 2011-12 cycle. According to Geller, “It’s been a kind of roller coaster.”

“By having some local control over some local capacity, it at least ensures that the community action agency or the energy assistance service provider can meet the needs of a certain percentage of its clients,” he said.

RREAL’s solar assistance model could give LIHEAP new life. Instead of giving congressionally appropriated funds straight to utilities as a pseudo-subsidy, RREAL envisions a carve-out for solar installations.

Not all of LIHEAP’s annual $3.5 billion goes towards bill assistance. Within the grant there are subsets of funds allocated for other relevant purposes, such as reducing the energy vulnerability of eligible households. RREAL wants part of that subset — and not bill assistance — to go toward integrating solar.

The Leech Lake and Vermont projects were funded by a mixture of state grants, contributed income and philanthropic dollars. While RREAL doesn’t consider this a sustainable source of funding, these projects demonstrate the efficacy of solar assistance as they continue to push for LIHEAP funding.

Securing a solar carve-out from LIHEAP will require negotiating with utilities and regulators. Utilities have some discretion over which solar projects are approved, and regulators prohibit LIHEAP funds from being used for construction.

As for the Vermont project, “There have been a lot of unanticipated things that have come up,” Geller said, “but we felt confident that we’d be able to work through whatever those obstacles were.”

Utility pushback is irritating, but not debilitating. Wrangling with the four utilities that traverse the Leech Lake reservation in many ways makes the Vermont project look tame. As for regulators, LIHEAP faces dwindling funds and threats of elimination from one side and the risks and rewards of innovation from the other.

“No one knows if energy assistance is going to be solvent in 2 years, 5 years, 10 years — so if we start to invest in community solar on behalf of the community action agencies, we can build the capacity of those agencies to continue to provide energy assistance for decades,” Edens said.

RREAL is currently approaching state governments, utilities and first nations about forming “pay for success” partnerships — reducing risk for the public sector by only requiring payment if certain metrics are met. For example, if RREAL were to partner with a state government to reduce energy assistance costs by 10 percent over 10 years, the state would implement RREAL’s plan, but only pay RREAL if within 10 years there truly is a 10 percent reduction.

Pay-for-success projects have been gaining traction since the first one based in the U.S. was launched in 2015. In February 2018, Congress passed the Social Impact Partnership to Pay for Results Act, which sets aside $100 million every year for programs of this sort. Pay-for-success funding, however, is merely a placeholder for RREAL — a solar carve-out in LIHEAP funds is the ultimate goal.