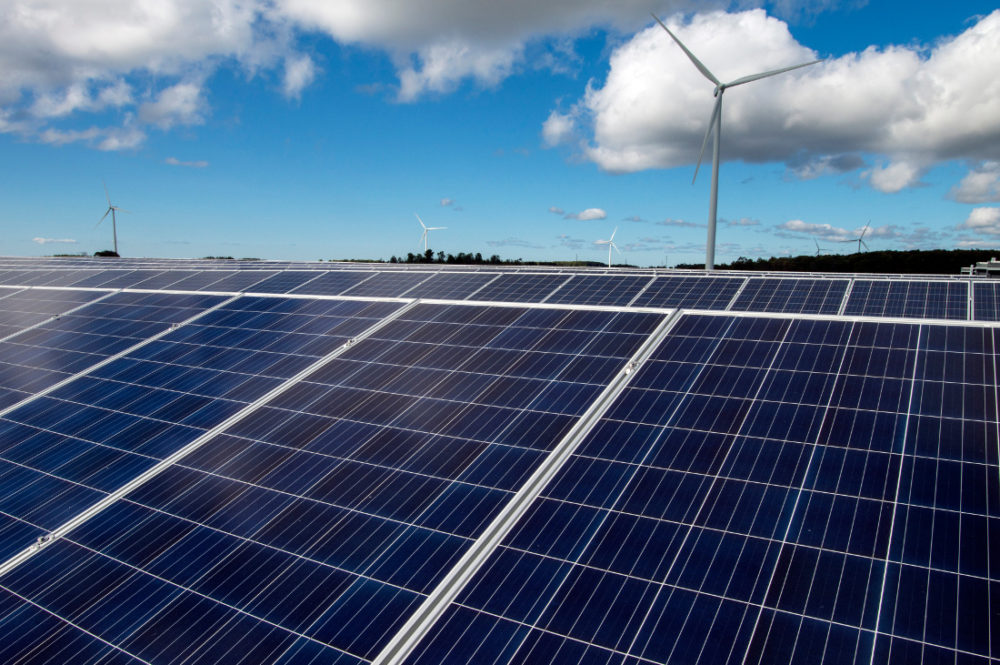 The chair of the Michigan Public Service Commission discusses how utility oversight has changed amid a shift toward renewable energy.

Over the past six years, Sally Talberg has overseen what she calls a “fundamental transition” in Michigan’s energy market.

Talberg, who was appointed to the Michigan Public Service Commission as an Independent in 2013 and has chaired it since 2016, says coal plant closures are driving this shift to natural gas and renewable energy. However, the commission continues to grapple with questions around distributed generation, the role of third-party developers, and electric vehicles, to name a few issues. 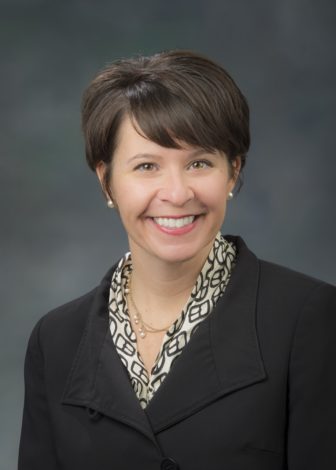 Talberg may also take on these challenges with new colleagues. By July, Democratic Gov. Gretchen Whitmer will have had the opportunity to fill two spots on the three-member board. Whitmer appointed former Commissioner Rachel Eubanks to state treasurer late last year, creating a currently vacant position at the MPSC, while Norm Saari’s term expires on July 2. Saari, a Republican, could be re-appointed. But Whitmer’s picks this year could shape the state’s energy regulatory decisions for years to come. (The commission can have up to two members of the same political party.)

Talberg joined the MPSC following years of energy consultancy and analysis in the private and public sectors. She also serves on the board of the Organization of MISO States.

In a late-December interview with Energy News Network, Talberg discussed Michigan’s transition from coal and how that’s impacting utility oversight. Talberg also predicts emerging issues will include the relationship between federal and state regulators as more distributed generation and energy storage come online.

The interview was edited for length and clarity.

Energy News Network: With two new appointments to the MPSC coming this year, is continuity important or do you expect change when this happens?

Talberg: The very structure of the MPSC where we serve longer, staggered terms helps with the continuity, and that’s by design. It’s not like you see with other state departments where they leave at the end of the administration. It’s important given the complexity of the work we do.

Electric vehicles were an ongoing topic before the commission last year. What gains did the state make on EV planning and the roles of various companies?

There were continued discussions around education — the planning and impact on the grid, pricing, and infrastructure deployment. With the discussions that were had, the commission hosted a technical conference early in the year, launched pilots, tested different concepts and the education is critical to that.

Both Consumers and DTE included funding in their electric rate cases pending before the commission. There’s been a concerted effort at addressing the role of the utility, the pricing particularly for at-home charging at night with less impact on the grid, and passing savings on to customers.

What does the future buildout of renewable energy look like in Michigan? It appears we’re starting to see a shift from large-scale wind to solar.

There has definitely been an increased interest in solar with the declining cost of that resource, but there are continued low-cost options for wind as well. Both are in the mix with solar becoming increasingly dominant as you get further out.

‘Michigan in a relatively short period of time is undergoing a fundamental transition in energy supplies.’

Solar is a lot more modular in terms of capability and placement. I think it also can ease some of the concerns around siting we’ve seen with some of the larger wind projects in the state. There’s also interest in customers having it onsite, whether that’s a business or residential. You definitely get economies of scale with larger solar projects, but there’s more of a move to smaller, more distributed options particularly as costs come down.

What impact do you expect recent MPSC decisions transitioning from net metering will have on distributed generation?

Those issues are pending before us and I can’t speak to what the impact will be. It will impact a whole host of proposals, and the commission will take that under advisement. The DTE rate case is the first one where the issue will be decided, in the first half of 2019.

An analysis conducted as part of the (2016) energy legislation on the methodology of inflow/outflow as an alternative to net metering showed that even without the federal tax credit it will still make it where you can pay off the cost of rooftop solar within the life of the project.

What we’re really focused on at the commission is the charge from the Legislature: Come up with a model as an alternative to net metering and phase that out so it reflects an accurate cost of service.

Isn’t the cost of service — or the value of solar — still an open question in Michigan and elsewhere? Clean energy advocates and utilities still appear divided on this issue.

I would say it is an open question. It’s something regulators across the country are grappling with. It can really be a dynamic situation where the value may change based on location as well as the amount that may exist. It’s pretty complicated from a technical standpoint. Also there are a lot of inherent policy questions, whether you consider things like health benefits and other things not traditionally accounted for in the rate-making process.

We’re focused on language to come up with an alternative that has an equitable use of the grid for distributed generation projects.

How has the issue of PURPA — and the ability of third-party developers to sell power in Michigan — evolved, particularly with growing interest here from solar developers?

The commission updated the avoided cost methodology and finalized rates for Consumers Energy. There’s significant interest based on that decision by solar developers to be able to interconnect with Consumers and sell power to the utility at that price.

We’ve also initiated new rule-making on interconnection rules. We’re taking a step back to make sure the process is fair, expectations are clear between generators and the utility, and we facilitate that given the strong interest from developers — particularly solar — under PURPA.

Approving permits for DTE’s 1,100-megawatt gas plant was one of the more high-profile rulings the MPSC made in 2018. How do you see that tension between building new gas plants versus renewables playing out in the coming years?

Michigan in a relatively short period of time is undergoing a fundamental transition in energy supplies. Over a 10-year period, half of our coal plants are closing — that doesn’t include the later 2020s and beyond.

DTE is closing thousands of megawatts of coal plants in southeast Michigan and replacing it with a gas plant. There were a number of factors the commission weighed given the statutory framework. Cost and reliability were big factors. Even with the new gas plant modeled in the system, it’s really significant when you close large generating facilities. With the real-time reliability needs to keep the lights on, their gas plant can play a key role in being very flexible and providing the right needs for southeast Michigan.

As we’ve closed all of these coal plants — and continue to do so — the overall shift has been to the renewable side. Going forward, investments in wind and solar, natural gas and energy waste reduction means we are really diversifying our power supplies in the state. We’re well-positioned in that regard, along with nuclear plants that continue to operate and pumped storage. We’re seeing a more nimble system going forward that’s quite diverse and ensures reliability as well.

What emerging issues do you see coming that future commissioners should be concerned about?

One that immediately comes to mind relates to the jurisdictional basis between the federal and state government, specifically with increased adoption of resources like storage and solar and how that participates in wholesale markets. I think that’s an area that will require a tremendous amount of coordination between federal regulators and state commissions. In my mind, the more we can do collaboratively, the better off we’ll be, since there are some gray jurisdictional questions to work through.

Another topic is — as you see this push for renewable energy and demand by commercial and industrial customers to meet their own sustainability goals — how we’re going to source that and the role electric transmission plays across a broad part of the country and how those costs are allocated.

It’s an exciting time. The pace of change is pretty remarkable with the cost reductions we’re seeing in renewable energy and other technologies.