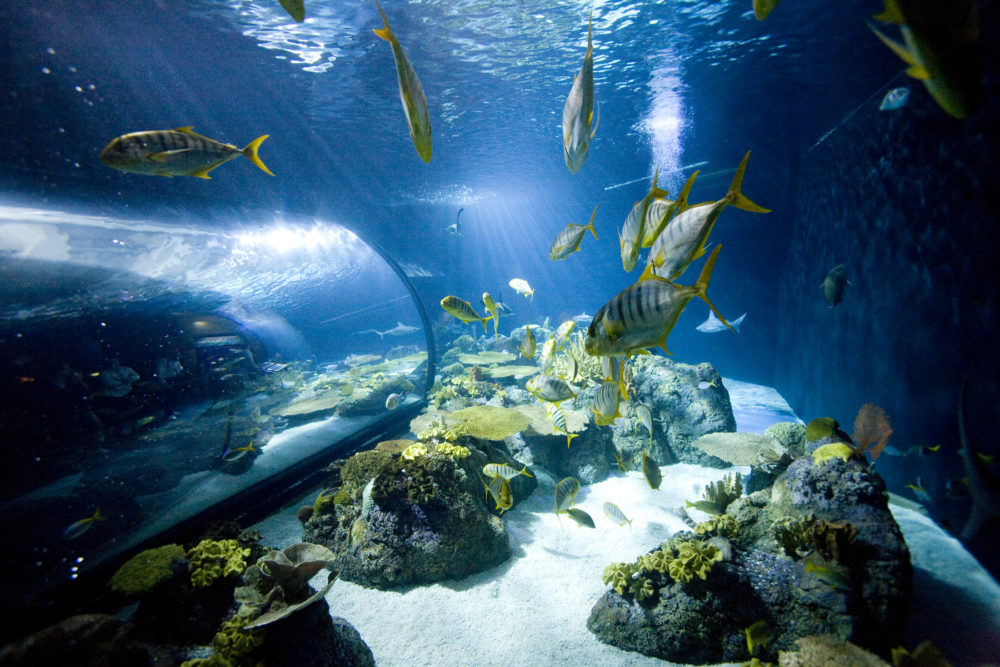 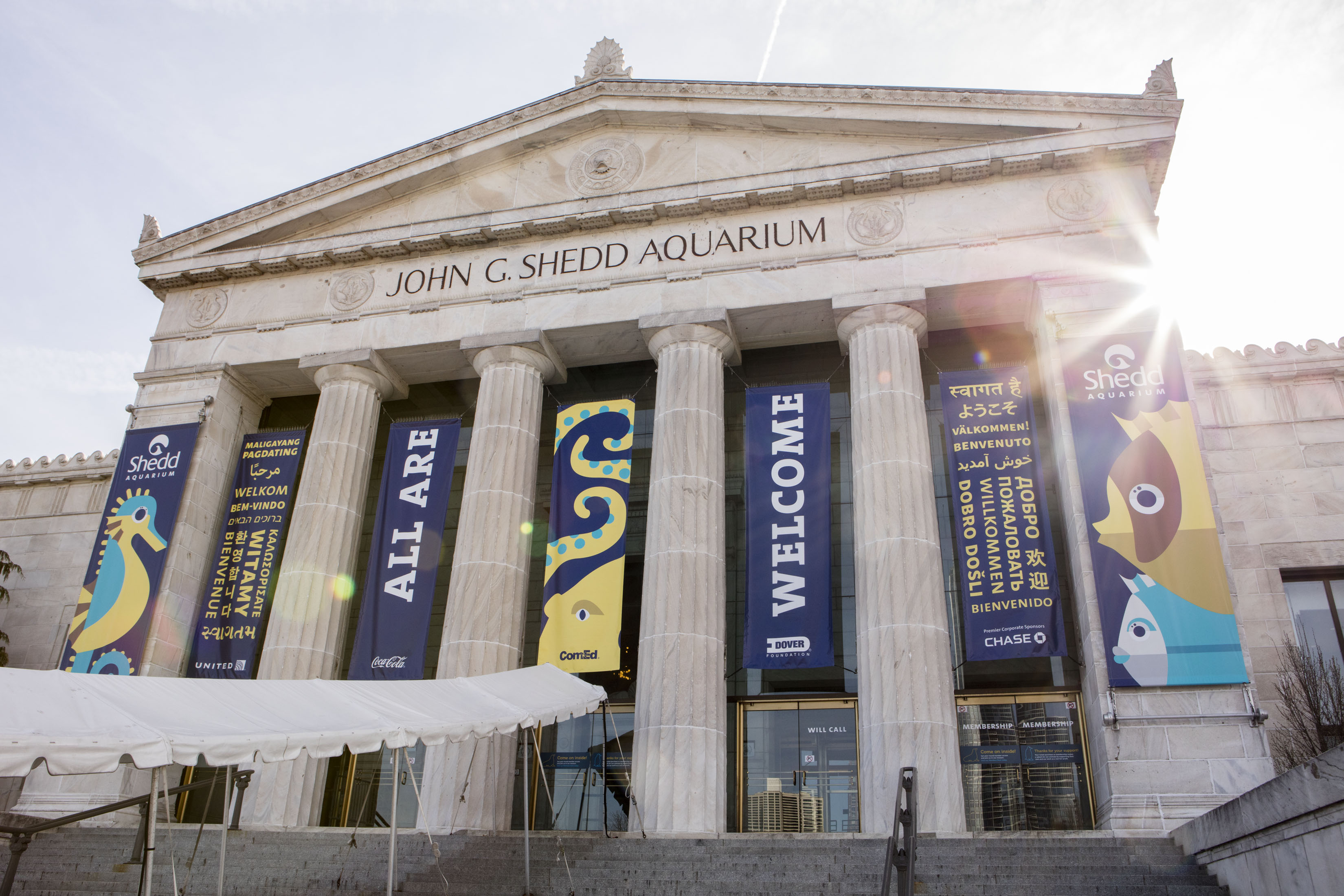 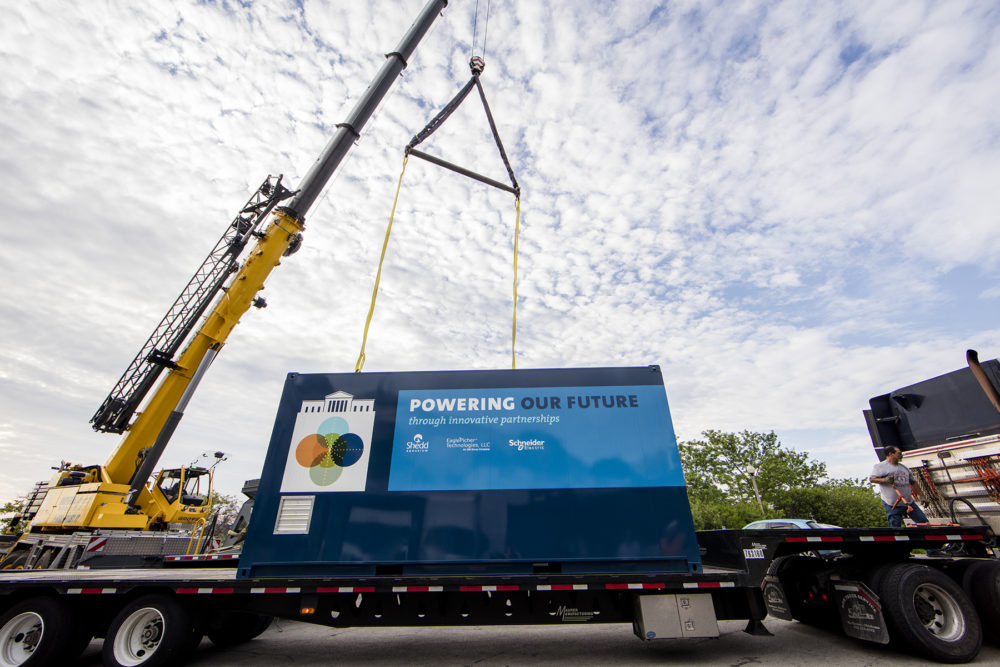 A battery installed at Shedd Aquarium in May 2016 will soon be operational. 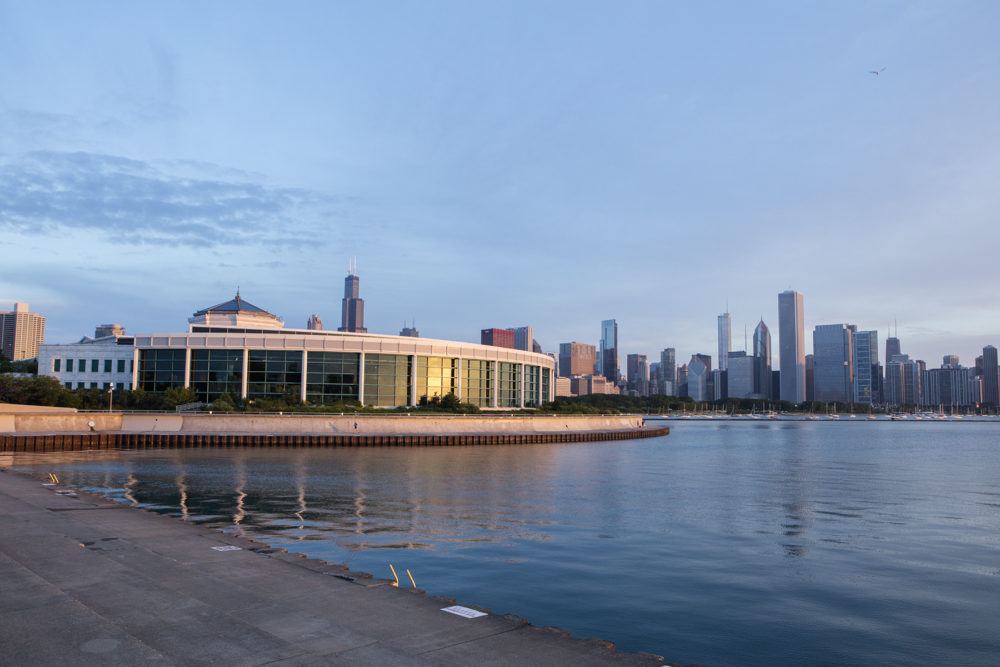 The custom-built software is now being rolled out to other building managers to help reduce energy consumption.

The Shedd Aquarium in downtown Chicago had invested in an impressive suite of clean energy solutions, from a 1-megawatt lithium-ion battery to automated energy management software.

“We had submeters. We were doing monitor-based commissioning. We had these powerful controls. We were doing LED lights, and we had the solar,” said Bob Wengel, Shedd Aquarium’s senior vice president for facilities. “And we were dropping our peak. At one time it was 3.5 megawatts. We got it down to 3, and then we got it down to about 2.9 megawatts.”

Shedd was cruising, Wengel said. Then came a summer thunderstorm. 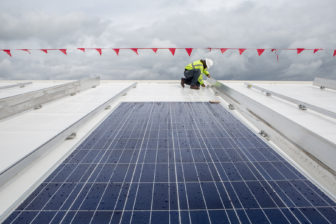 Solar panels are installed at Chicago’s Shedd Aquarium in October 2013.

It was 72 degrees and cloudy on a summer day in 2015. A weather system traveled west over Chicago before rolling across the rest of the PJM area to the east — terrific conditions for Shedd to save on its power costs. Mostly, people in PJM’s territory cranked on their air conditioning units, driving up the demand and cost of power, but with a storm overhead, Shedd could be powering down. “They’re still roasting away, and we’re cooling off,” Wengel said. “That’s huge potential for us to really take advantage.”

But, later, when Wengel was reviewing the energy data, he saw that Shedd power had actually surged on that day, pushing its usage above 3 megawatts again when it didn’t need the extra power.

Wengel called it a lightbulb moment, and he made a key realization that would reshape how the aquarium managed its power altogether. “We didn’t really have anything to make a prediction. We were looking at the weather, but you know these thunderstorms roll in and 30 minutes later they are gone.”

The issue: Shedd could see how much energy it used in real time, but not where it should be adjusting power in order to improve the overall efficiency of the building. Wengel wanted to track his energy use against a baseline, and for that, he needed help. He reached out to Andrew Barbeau, president of the Accelerate Group, an energy consultancy firm.

‘When we look at our mission of conservation, this is our contribution to that.’

“They wanted a tool for their building operators to monitor and make sure things didn’t get out of hand,” Barbeau said. “And to be able to find new strategies for reducing energy from an operational side by being able to directly see the impact. Not just how much energy they were using, but how much better they were doing than they normally would be — every moment of every day of the year, and in real time.”

They searched for existing software, but nothing was right. So, the Accelerate Group, working with Wengel at Shedd, built its own tool — a dashboard to monitor efficiency. In the summer of 2016, it piloted successfully.

Shedd was able to track not just daily operation of the building, Barbeau said. “They were able to respond to peak days, high heat or where they had large events going on and to be able to make sure they’re able to manage and meet their goals for energy reduction but also peak reduction at the building.” Now, sitting inside the energy control room at Shedd, Wengel is clearly pleased with the product. A major benefit, he said, is his operators still have control — the system “maintains their ability to think.”

In theory, the system could run on autopilot, but Wengel believes that humans need to be in control. “Especially in our critical environment. We’re not just an office building. Our stuff that we’re playing with is live creatures — we can’t take a lot of risk there.” 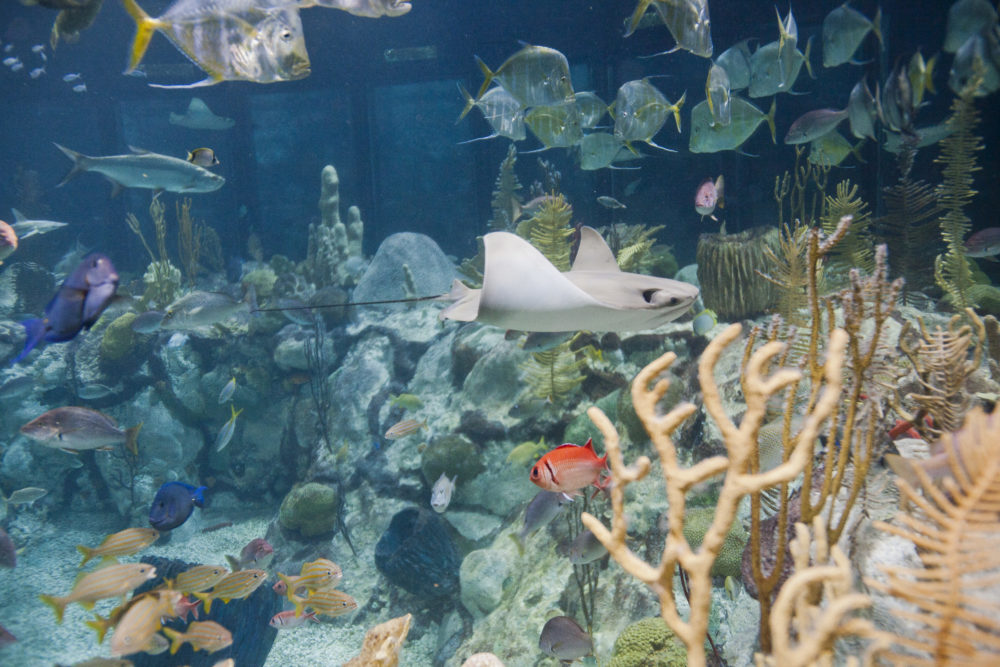 Shedd’s Senior Vice President for Facilities Bob Wengel said it’s important that humans control the aquarium’s energy management dashboard. “Especially in our critical environment. We’re not just an office building. Our stuff that we’re playing with is live creatures — we can’t take a lot of risk there.”

Shedd’s operators work on daily shifts, and for each workday, they are given a set of efficiency targets that are measured against a baseline. They monitor progress using the dashboard, and a chart on the screen shows them if they are meeting their target. Green if they are; red if they aren’t. At the end of the day, their performance has a simple metric: green is a win, red is a loss.

At all times, Wengel’s team is a click away from being able to identify an issue. Barbeau said a problem with some of the other software on the market was that the operator had to review a lot of different sites to identify the problem, which wasn’t helpful.

“Shedd’s system allows for more innovative grid programs,” Barbeau said. “There are demand response programs out there already that allows you to have a baseline of what you are you bidding into the market compared to your peak capacity. But what this provides is kind of an ongoing real-time tracking of energy efficiency reduction.”

After working with Shedd, the Accelerate Group expanded and built up the dashboard. “We began reaching out to other buildings throughout the city to see who also had this type of need, where they were looking to invest in, or already had the equipment to measure real-time data usage,” he said.

Related: A cluster of Chicago museums is exploring the case for combining energy systems

Soon, they launched at smart buildings pilot project with the Environmental Defense Fund and ComEd, the largest utility in Illinois. Barbeau said the software is now in nine different buildings and covering 10 million square feet of commercial office space in downtown Chicago. He’s looking to continue to grow in Chicago, and take the technology into other states, too.

Building efficiency is a big deal in the city, where more than 70 percent of the city’s emissions are from building energy use. Chris Wheat, Chicago’s former sustainability coordinator, said it’s key to the city meeting its goal of reducing emissions 80 percent by 2050. “That’s the game,” he said.

“I’m gonna tell you right now we’re addicted to this thing,” Wengel said. “When this thing goes down, we’re like, ‘This thing’s gotta get fixed.’ And that’s a good thing. When we look at our mission of conservation, this is our contribution to that. Management of resources. Carbon footprint. That relationship between those kilowatt-hours, wild habitats, and human health. We’re passionate about this.”