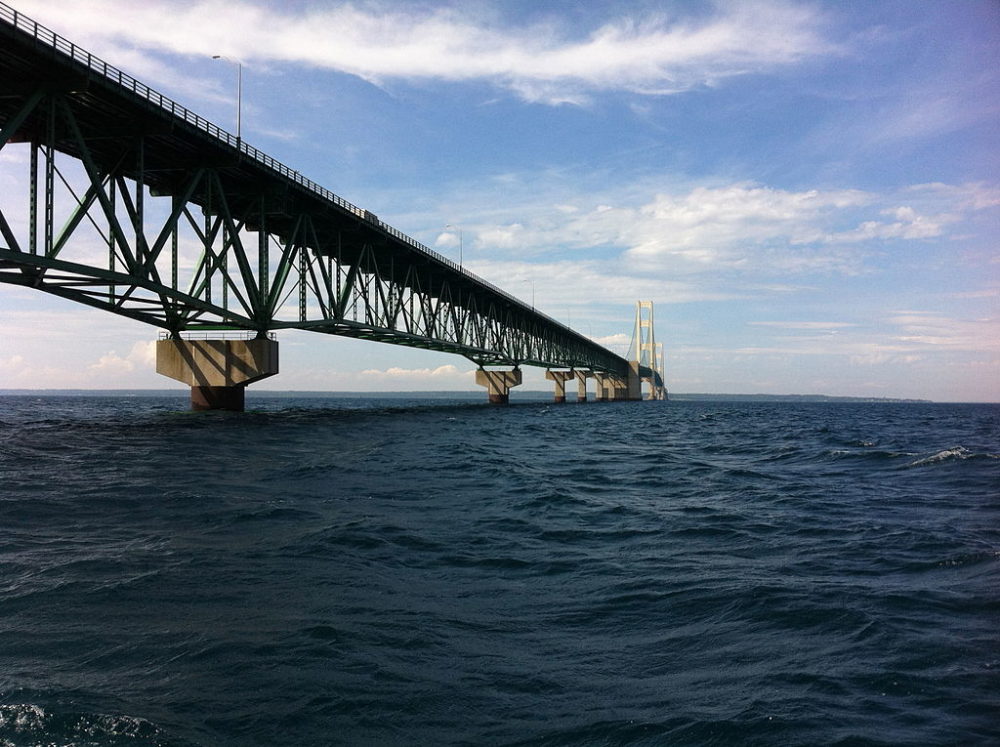 Previous cost estimates have not been updated since the state proposed a utility tunnel under the Straits of Mackinac.

As Michigan officials study the legality of a deal to tunnel the Line 5 pipeline beneath the Straits of Mackinac, an overlooked aspect of the project is whether it could bring a stronger electric connection between the Upper and Lower peninsulas.

The regional grid operator has approved a plan to replace underwater transmission cables that were severed last year in an anchor strike incident. However, questions remain over whether a stronger transmission connection is needed or cost-effective.

Until now, experts have said the costs of building additional transmission between the two peninsulas outweigh the benefits. It’s unclear whether adding transmission lines to a “utility corridor” tunnel envisioned under the previous administration would be cheaper, as it has not been studied.

“If there weren’t an existing line, I’d say it might be worthwhile,” said Joydeep Mitra, who runs the Energy Reliability & Security Research Laboratory at Michigan State University. While Mitra said it would likely be cheaper to add a transmission line in a tunnel versus running it along the lake bed, additional factors include the need for interconnection upgrades throughout the U.P. and a need for the capacity. But he hasn’t seen a “meaningful” lifetime analysis on whether it would be justified.

“I find it kind of hard to justify the cost-benefit equation,” he said.

Valerie Brader, the former executive director of the Michigan Agency for Energy and an attorney who helped broker the tunnel deal under the administration of former Michigan Gov. Rick Snyder, said last month the “precise cost for laying more standard cables within the tunnel versus trenching across the straits with submarine cables is being actively explored.”

Snyder first discussed the need for a better transmission connection between the peninsulas in 2012. The peninsulas effectively act as two different states on power generation and grid regulation, with the U.P. more closely linked with Wisconsin. Two transmission cables owned by American Transmission Co. currently run along the bottom of the Straits. Those were severed by an anchor strike from a passing vessel in April.

While the Lower Peninsula has plenty of generation capacity, large areas of the U.P. rely on imported power from Wisconsin, which contributes to high electricity prices, particularly in the northwestern U.P.

The problem was exacerbated by 2014 when questions swirled over the future of a coal plant in Marquette that the owner wanted to close but was forced to keep open to maintain reliability.

However, the state brokered a solution in 2017 with Wisconsin-based We Energies to form a subsidiary to build a pair of natural gas plants near Marquette to replace Presque Isle. Those plants are expected to come online this year.

Clean energy advocates, meanwhile, have said that more distributed generation projects throughout the U.P. would better address the area’s reliability issues as opposed to transmission.

Under Snyder, the state sought cost-benefit studies of new transmission lines between the peninsulas as well as with Ontario in Sault Ste. Marie. In both cases, the costs outweigh the benefits, according to the Midcontinent Independent System Operator (MISO).

“MISO has not been involved in the discussions about the feasibility of including the cables in the ‘utility corridor’ tunnel, which is a siting issue best addressed by the state of Michigan. The cost estimates in our earlier study have not been revised,” said MISO spokesperson Mark Brown.

“The study didn’t look at how that line would be configured — whether in or out of a tunnel — but at increasing transmission capacity between the two peninsulas,” Talberg said. “The costs outweigh the benefits, but that’s a snapshot in time. Over time it can be evaluated and things can shift significantly, such as new generation coming online or going offline. It’s something we’ll continue to evaluate longer term.”

Brader said the plan is “not expected” to move the existing transmission cables into the tunnel.

“The question would more be if new cables or replacement cables would be laid in a trench on the bottomlands, or if a preferable alternative would be placement into a tunnel,” Brader said last month.

State lawmakers also tried in previous years to study the transmission question. Former state Sen. Tom Casperson, R-Escanaba, who sponsored legislation last year to help facilitate the tunnel deal, led an effort to create a task force on the peninsula connection. The bill didn’t pass the Legislature and faced pushback from a utility trade group. Concerns were also raised about which companies would be able to participate in a new transmission project.

“The biggest hurdle was the cost,” Casperson said. “Every time we dug in, both sides said it would be expensive.”

When initial discussions about a pipeline tunnel evolved to include a “utility corridor,” Casperson said he was told, “Without a doubt, it would be cheaper” than running a line on the lake bed.

With the reliability issue solved around the closing of the Presque Isle plant, Casperson said there’s less urgency to bolster the transmission connection, though the U.P. would still benefit from such a project.

“We’re limited in the U.P. on what kind of power supply we can get if any expansion or growth were to be had,” he said. “When [developers] find out we’re closed on energy, then find out our energy costs, it deters opportunity.”

Backers of the tunnel project see the ability to include transmission — as well as potentially broadband lines — as an added public benefit to the project.

“Having a more robust utility linkage between the Lower and Upper peninsulas for any kind of development seems reasonable,” said Anthony England, dean of the University of Michigan-Dearborn’s College of Engineering and Computer Science who was appointed by Snyder to the Mackinac Straits Corridor Authority.

Additional underwater lines in the Straits, he added, is “extremely expensive and introduces new hazards to the lake. Having them in a protected tunnel where you can change out the system if it gets larger or technologies change, to me, just makes a lot of sense.”

Jackie Olson, a spokesperson for ATC, said last month the company is focused on replacing the damaged in the cable in the Straits.

“We have been kind of sitting on the sidelines and learning more about the [tunnel] proposal,” Olson said. She added that ATC has been “working on a number of projects” to improve the power flow in the existing cables, such as installing high voltage direct current flow control devices.

“The failure of the transmission cables in the Straits of Mackinac [last year] is just the latest reminder that we need to have a sense of urgency when it comes to addressing our state’s infrastructure challenges,” he said in a statement. “ITC believes it is critical to think about the both short term and longer term needs of the region. We support efforts such as this one that will improve the electrical connection between the Upper and Lower peninsulas.”