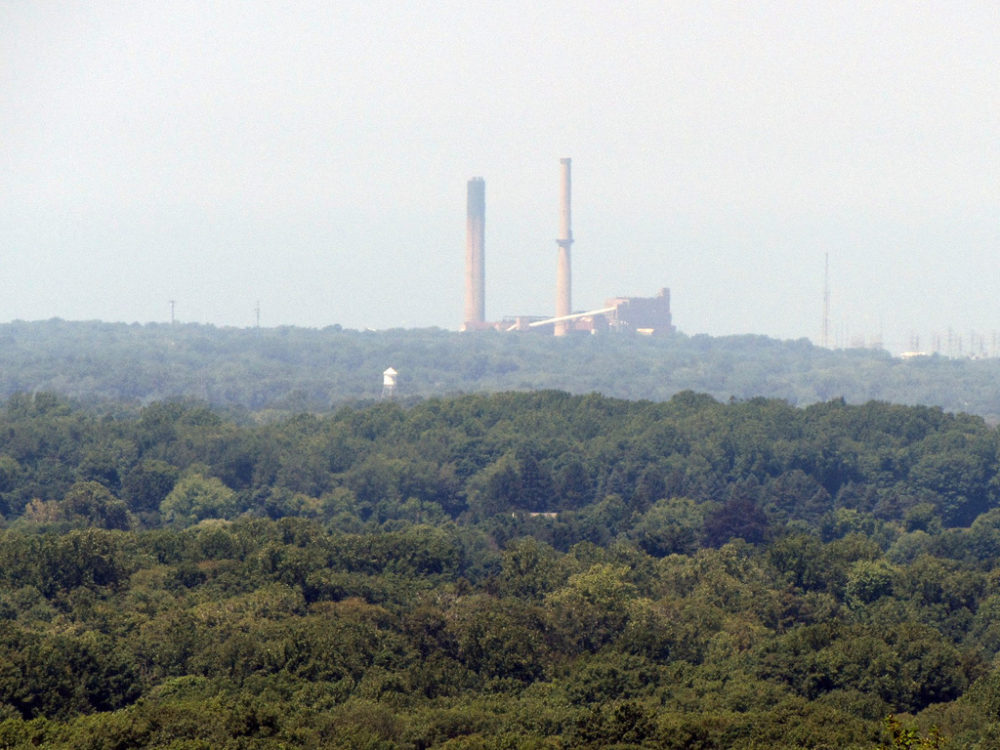 The Eastlake coal plant, shown here in a 2011 photo, is among many retired in Ohio in recent years.

With renewable energy prices falling, it may be time for Midwest governors to take a look at a 2007 regional climate accord. 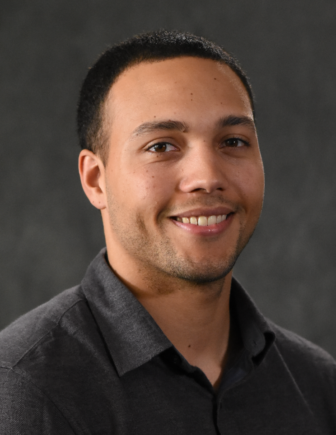 The Midwest is the largest untapped American region in the fight against climate change. While many press announcements focus on California and the coasts, the real action is going to happen in the Midwest.

This 12-state region where I was raised is many things: a home to 68 million residents; a place where pop, puppy chow and shorts weather can all take on a different meaning; and where pragmatism, utility, and hard work aren’t buzz words but embedded values. And now with the recent 2018 elections, the Midwest, not the coasts, provides the greatest opportunity for immediate development in clean energy with the most impact on climate change.

To understand why, we should know what went wrong the last time the Midwest attempted meaningful clean energy policy.

It’s true, the Midwest has been here before. In 2007, a group of bipartisan governors and policymakers committed the region toward a low carbon energy economy that maximized economic advantages while reducing greenhouse gases (GHGs) through the Midwestern Greenhouse Gas Reduction Accord (MGGRA). Even before the country encountered now-infamous disasters like Harvey, Maria, Sandy or any recent West Coast fire, Midwestern leadership prioritized economic opportunities, cleaner air and a healthier environment in a place uniquely known for its manufacturing, agriculture, ability to mobilize industry and dependable workforce.

The regional commitment was ambitious, with plans to shift toward an energy economy through efficiency goals, renewable portfolio standards and even carbon cap and trade. Unfortunately, the alliance ultimately failed in 2010 as prices for renewable energy were still too expensive, mainstream public support lacked a sense of urgency, and political support disappeared with a change in the congressional majority. The accord stagnated, and despite the significant improvements in clean energy technology and economics over the past eight years, it remains inactive.

Today, on the other side of the 2018 midterms, there’s warranted talk of a clean energy resurgence in the Midwest. Scientific American writes the region is poised to resurrect clean energy policies, and continued emission reductions in the U.S. depend on decarbonizing electricity generation from Midwestern utilities. As new terms are beginning for several governors that rightfully and successfully campaigned on climate change and clean energy as a means of growing the economy, supporting good jobs, and mitigating anthropogenic climate change, 2019 may be the time to rekindle a regional coalition.

So, why should we restore a new MGGRA? And why is policy more likely to be successful today than in 2010?

Regional clean energy policy makes sense for the Midwest. State politicians and leaders should act toward implementing impactful regional clean energy policy for several reasons: renewables are cheaper than coal, utilities are showing increased interest for sustainable energy programs, industry foundations exist ready to grow and support good jobs, and it’s so much better for air quality and the climate.

Solar panel performance and falling costs have improved dramatically in the last decade, a large reason solar has undergone an average annual growth rate of 54 percent nationally through the same time. The Midwest region lags the rest of the country (even other states at the same latitudes) in installed cumulative solar capacity, indicating a potentially large amount of remaining solar to be harnessed. Wind, while receiving modest gains compared to national solar growth, is already the largest source of new energy installation in the Midwest, with room to grow.

Additionally, available technology can achieve increased reliability of intermittent energy sources like solar and wind that may not always be readily available by pairing with dispatchable energy storage systems (ESS). ESS with advanced power electronics and communication devices that enable them to operate optimally on the electric grid are already commercialized and playing a role in supporting grid efficiency and stability.

With respect to cost over the past decade, the dirtiest energy source (even “clean” coal emits GHG emissions and air pollutants) has also become the most expensive. The opportunity for renewable energy growth and massive GHG reductions exists in the Midwest because its economy is driven by energy intensive agriculture and industrialization powered by traditional fossil fuels like coal. Unsubsidized levelized costs of utility-scale wind and solar energy, estimated near $50 per megawatt-hour, is already more cost effective than coal, which can cost between $60 and $140 — up to almost three times the price of renewables. The 2017 Lazard report also indicates that utility-scale renewables can even have a competitive levelized cost of energy with natural gas.

Compared to 2010, utilities and industry are more engaged and motivated. Per Midwest Energy News, electric utilities are already acting to meet the looming challenges, with over 75 percent of investor-owned utilities having made pledges regarding renewable energy and emissions reductions that go beyond state law requirements. The biggest complaint of the voluntary measures is they act too slowly to phase out the worst fossil fuels. Industry development and support is also growing for projects tailored to Midwestern economies with many potential benefits. In agriculture, existing waste streams can be utilized for bioenergy creating additional revenue and net GHG reductions. According to the Natural Resources Defense Council, rural communities in the Midwest are especially well-positioned for a boom in wind and solar development. For industrialized sectors, sustained supportive policy for clean energy projects would provide market certainty for investors and good jobs in installation, construction, operations, maintenance, engineering, information technology, logistics, project development and management for as long as people need to use energy.

Even as traditional manufacturing, automotive and mining jobs are unable to return the same opportunities for the American heartland, Environmental Entrepreneurs’ Clean Jobs Midwest 2018 analysis reports that, already, more than 700,000 Midwesterners work in clean energy, with construction and manufacturing making up over 70 percent. That’s four times more than the number of employees working in fossil fuels. The Midwest emphasized clean energy’s importance as the regional industry attained 5 percent growth in a year when total U.S. renewable jobs stayed flat.

These trends in renewable energy offer a stark contrast to the coal industry. Despite nostalgic sentiment from isolated stakeholders and coal lobbies, coal continues to diminish toward the fringe of the electricity supply stack, albeit begrudgingly. Though the coal exodus is already occurring largely due to affordable natural gas and renewable energy, its departure requires acceleration through policy to ensure healthier air quality and reduce global climate change. Although some fossil fuel jobs are transferable into clean energy roles, an ugly consequence of decarbonization is the necessary displacement of coal mining — ugly not because of the job, but because of the impact upon the person doing the job. Just as it’s a Midwestern quality to be held accountable for our emissions and embrace these necessary challenges to decarbonize the economy, it’s a Midwestern responsibility to consider the lives and livelihood of the people currently employed by the fossil fuel industry. This notion is borne by a sense of gratitude to those workers in the field who provided me energy, not with ill intent toward the environment or future generations, but a resolve to do their job well. Politicians would do well remember that as they craft regional and local clean energy policy.

Beyond economics, it remains a fundamental motivation to retire coal and intense GHG emitting energy sources as a means to mitigate the disastrous effects of climate change. And the opportunities to decrease GHGs certainly exist in the Midwest.

According to the U.S. Energy Information Administration, in 2016 all 12 Midwestern states in the region ranked in the top 30 for greenhouse gas emissions per capita. On average, 39 percent of emissions in these states come from the electricity sector. With large opportunities for greenhouse gas reductions and a primed economy, the Midwest is an ideal region to yield the most GHG reductions from proven clean energy projects.

Separate from the global benefit, it can sometimes be hard to think about the effects of climate change in the Midwest. Nebraska isn’t dealing with devastating forest fires, and Indiana isn’t facing imminent encroaching sea level rise from the warming oceans. The 4th Edition National Climate Assessment Report describes some of the projected risks and impacts of climate change specific to Mid-America. Midwesterners will face increasing average temperatures, prolonged warm seasons, higher variation in precipitation patterns, changes in lake levels and more recurrent polar vortices. Midwest agricultural productivity alone is projected to reduce to 1980 levels because of climate change. While these effects do present significant and costly challenges for crop yields, public health, water access and an already deteriorating infrastructure, these aren’t the “disasters” that typically generate news coverage or inspire documentaries to be made starring Al Gore. This underlies the lack of urgency and action most of us display regarding our personal choices and their influence on the climate. It also reminds us why climate change is an appropriate matter for elected officials to enact forward-thinking policy that adheres to scientific findings and prioritizes the public good.

Midwestern governors and policymakers — newly elected and incumbents alike — must heed scientific consensus and their voters. With the 2018 elections reaching into governor’s mansions throughout the Midwest, it’s time to revisit what was once bipartisan policy to accelerate greenhouse gas reductions in the Midwest. It’s the responsibility of representatives to do all they can to maximize the economic benefit for their constituents in what must become a decarbonized economy in order to minimize the financial, environmental and social burden of fossil fuels. It must be done and it must be done quickly. The Midwest I know is too practical and capable to not stand up to the challenge.

Dieter Smiley is a utilities engineer at the California Public Utilities Commission and fellow in the Clean Energy Leadership Institute’s San Francisco chapter. From Dayton, Ohio, Dieter attended Ohio State University and worked as a manufacturing engineer in Indiana before attending the University of California-Berkeley’s civil and environmental engineering graduate program.