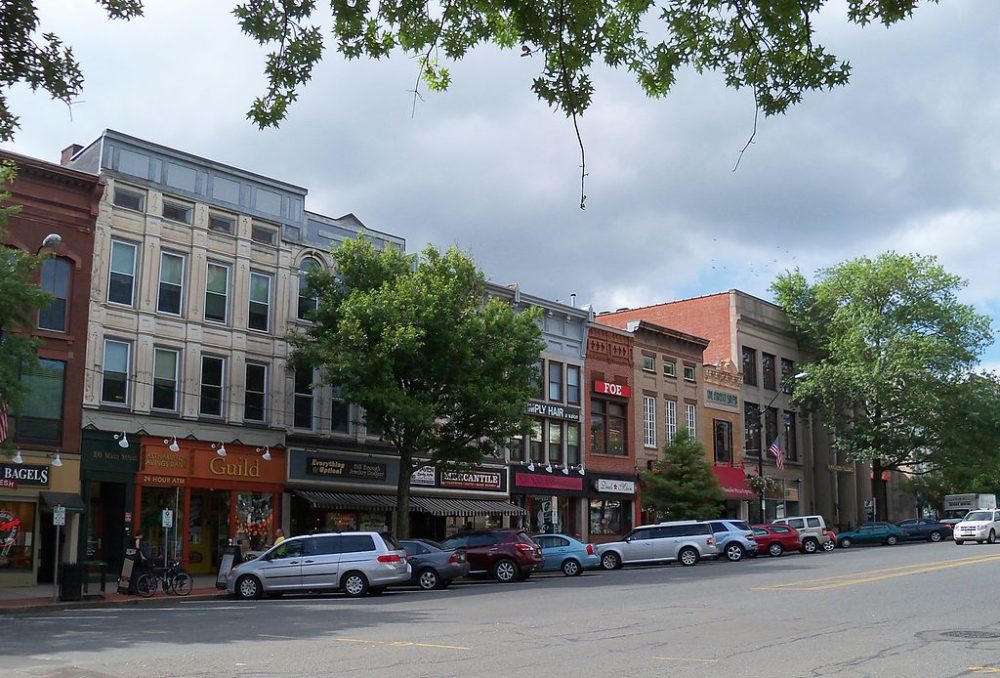 A small city in western Massachusetts is developing a new energy-buying plan it hopes will save money, promote the generation of more renewable power, and provide an innovative model for communities across the country.

Northampton, a college town with about 29,000 year-round residents, plans to implement community choice aggregation, a model in which municipalities buy power for residents from a supplier other than the local utility company. The city hopes to put its own twist on the system by finding ways to use potential savings to fund new renewable energy projects and promote energy-saving measures.

“We want to explore how to make community choice aggregation much more aggressive,” said Wayne Feiden, the city’s director of planning and sustainability.

Community choice aggregation allows municipalities — or, in some cases, clusters of towns and cities — to band together and negotiate a deal for power from an alternative supplier. Generally, residents who do not want to be part of the program can opt out.

CCA programs are legal in only eight states. In Massachusetts, where these arrangements have been authorized by law since 1997, nearly 150 of the state’s 351 towns and cities participate in some form of municipal aggregation. The state’s two largest cities, Boston and Worcester, have approved aggregation programs and are in the process of implementing them.

Typically, communities that participate aim to help their residents save money. And they usually succeed, at least in the long-term. Utilities update their rates every six months, while CCA contracts usually lock a town into a given price for at least a year. There is always, therefore, the possibility that over a given span of time, the utility price might be lower than the CCA price.

Still, though, the communities that have implemented CCA over the past ten years have generally achieved savings over the life of the programs, said Larry Chretien, executive director of the Green Energy Consumers Alliance, a Boston-based advocacy group.

Increasingly, as concerns about climate change have accelerated, the programs also look for an energy supply that provides more renewable power than the current state-mandated minimum of 14 percent.

“Since 2016, there’s been a lot of communities that have done aggregation, and a lot of those have been green,” Chretien said.

‘Community choice energy appears to be one of the most significant tools in the toolbox to get to a greener grid.’

Northampton’s goal is to expand the green possibilities of the model even further by using the savings the program provides to fund projects that would reduce greenhouse gas emissions. Though the plan is still in the exploratory stage, these projects could include funding energy storage, developing new renewable power installations, and creating incentives for consumers to use less energy during times of peak demand.

In December, the city received a $75,000 grant from the Urban Sustainability Directors Network to fund a feasibility study and help the city determine the best way to structure its program. The grant decision was made not by the group’s staff, but by its members, municipal sustainability officials from around the country. This recognition by professionals who deal daily with the practical details of community sustainability says a lot for Northampton’s vision, said Garrett Fitzgerald, the network’s strategic collaboration director.

“We think this is a fantastic project,” Fitzgerald said. “Community choice energy appears to be one of the most significant tools in the toolbox to get to a greener grid.”

The feasibility study will take a year to complete, Feiden said. And the city’s ambitious vision is not a sure thing, he said.

The city hopes to partner with the adjacent towns of Amherst and Pelham to increase its buying power. Negotiating the needs of three separate municipalities could be challenging, however, Feiden said.

“We’re small, so we have to find partners,” Feiden said. “But when do the challenges of multiple communities outweigh benefits?”

Finding a model that captures a CCA’s savings for other uses is another potential obstacle, Chretien said. In conventional aggregation programs, the price charged by the power supplier is simply passed on to users, so it is individual residents and businesses that realize the savings. The kind of program Northampton envisions will need to create a mechanism to redirect that money to community projects, and get it approved by the state Department of Public Utilities, Chretien noted.

“It is a little harder to do in practice than you might think,” he said. “If you want that complexity, you can have it, but you have to justify it and work through the process.”

The goal, Feiden said, is to secure a lower price from a supplier but continue to charge residents something close to their current cost by adding some sort of operational fee to the bill. The money collected through this fee could then be used to pursue the city’s greener ambitions.

Regardless of the outcome, Feiden hopes Northampton’s explorations will help advance the conversation on CCAs.

“We hope they use the lessons and push forward,” he said.