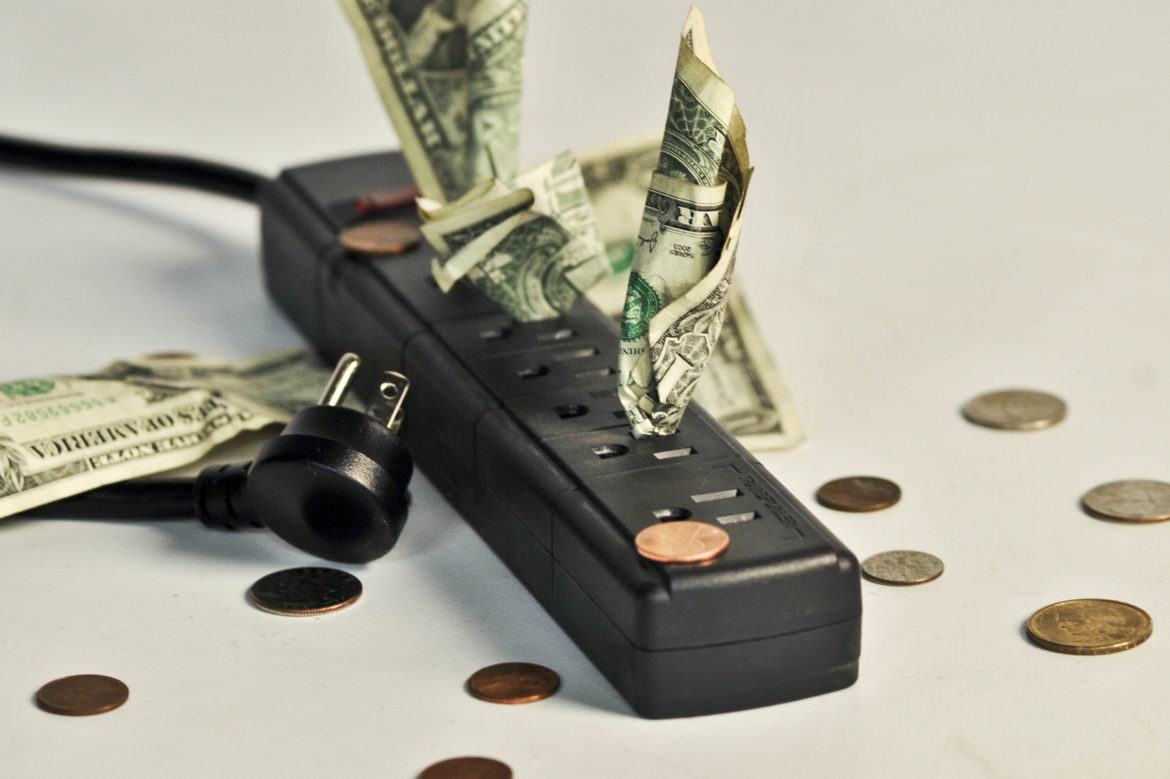 One customer used programmable outlet timers cut his peak demand to a third of what it was before he got creative.

Bud Park got serious about managing his power use when his electric utility began levying a demand fee on him because he owns solar panels on his home.

He bought a power meter and plugged it into every electrical device in his home about 10 miles outside of Topeka, Kansas. He knows how much power every one of them consumes, whether in active or “vampire” mode.

“I cycle them on for a half hour, off for an hour. If we don’t open the door, the food will stay cold for six or eight hours,” the retired business manager said.

By employing that and other tricks, Park has managed to keep his demand at two kilowatts the last couple months — a third of what it was before his efforts to outwit his utility. He’s not the only one trying either. About 280 residential solar customers of Westar Energy are affected by the demand charge, and at least a dozen customers have been focusing on modifying their power use in order to keep their demand to a minimum.

Demand fees, fairly common among commercial customers, are rarely applied to residential power users. They are based on the amount of electricity pulled from the grid at any one time, generally during the utility’s hours of peak demand.

The Kansas Corporation Commission granted Westar Energy’s request to impose a demand fee on customers with solar panels last fall. Although the ruling was made on Sept. 27, it applies to any residential customers who began generating power after October 28, 2015.

On Dec. 13, the commission approved a similar demand fee for customers of Kansas City Power & Light. It applies only to customers who installed solar panels after the date of the ruling. The two utilities, known as Evergy since a merger last May, supply electricity to about 1 million Kansas customers.

The demand fees have prompted a few solar-owning customers to have batteries installed. Several others — amounting to perhaps a dozen, according to a couple of solar installers — have taken the Bud Park approach: shifting their energy use outside the 2-to-7-p.m., Monday-to-Friday window, when the utilities calculate demand once each month.

Once they’ve calculated the maximum demand each month during the five-hour window, the utilities charge solar customers $3 per kilowatt during eight cooler months and $9 per kilowatt in the summer.

“The first month, all we did was not use the washer or dryer between 2 and 7 p.m., Monday through Friday. And not run the dishwasher,” said Stanci March, a Westar customer who lives in Lawrence. “Everything else, as far as cooking and watching TV, we just did normally. We were able to shave 5 kilowatts off our demand. That was pretty encouraging.”

March plans to experiment with timers to cycle his refrigerator and garage freezer and is looking ahead to the air conditioning season. The plan: crank up the AC for a couple of hours starting at noon, then turn it off from 2 to 7 p.m.

“If I can get it down to the mid-60s and then hold onto that for five hours, it might be in the upper 70s at the end of that time,” March said. “We’ll see if that works.”

A little bit of strategic timing can cut demand significantly for motivated customers. Park said his demand typically has been 5 or 6 kilowatts, and maybe as many as 10 in the summer. But over the past couple months, he’s been able to keep it under three.

“That’s the idea behind it,” said Drew Robinson, KCP&L’s manager of renewables. The utility supports customers helping it reduce its peak, he said.

“When the utility can shave the demand peak, everyone benefits because we don’t have to build our peak infrastructure up,” Robinson said.

Park, for one, is doing his share or more toward that end. He’s taken to cooking dinner on a propane stove in his garage and never uses the air compressor in his shop during the utility’s peak hours. Also, he has put his electric water heater on a timer that kicks it off at 2 p.m. and back on at 7 p.m.

The real test will come when the weather heats up and he and his wife reach for the thermostat. His plan is initially to avoid turning on the air conditioning during the five crucial hours. But if he and his wife can’t take it anymore, he’ll turn to his ace in the hole: his propane-powered generator. Although it probably won’t be a cheap way to cool the house, Park said, “if I did nothing and ran up an 8-kilowatt peak, they’d add $72 to my bill. Will I spend $3 on propane to keep $72 from being added to my bill? Heck yes.”