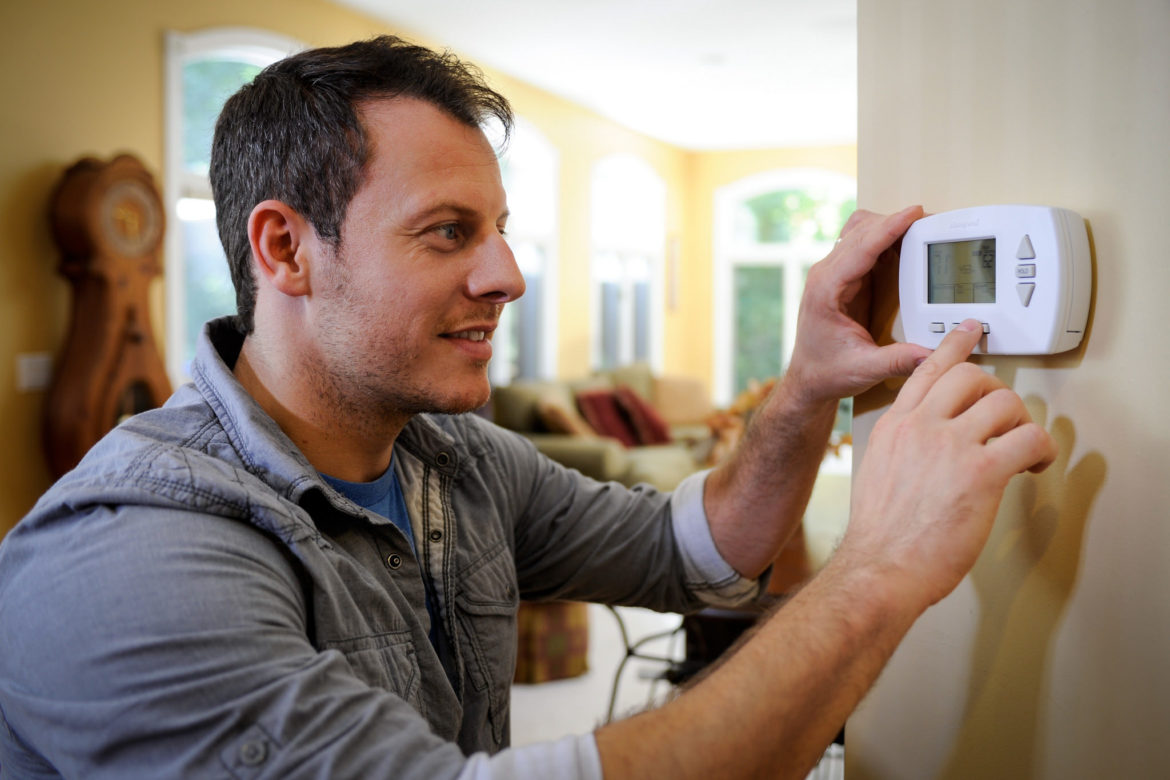 Michigan residents might not have to wait for the next polar vortex to hear more about demand response.

Michigan residents’ responses ranged from helpful to spiteful when utilities asked them to turn down thermostats this week. Collectively, though, they informally engaged in a clean energy concept known as demand response.

Demand response is a term for voluntary programs that incentivize utility customers to reduce energy use during peak demand periods. When weather events occur — hot or cold — the idea is to lessen the stress on energy systems. That can help utilities avoid having to use or build expensive infrastructure.

On Wednesday, DTE Energy and Consumers Energy asked customers to turn thermostats down to the mid-60s while outside temperatures hovered at or below 0. Xcel Energy in Minnesota did the same as roughly 150 customers lost gas service due to a supply shortage.

DTE’s and Consumers’ efforts differed, though. That morning Consumers had a fire at a critical natural gas compression station in southeast Michigan that constrained its ability to deliver gas to customers. DTE asked customers to reduce their electricity usage as the regional grid required an usually large amount of gas generation.

Both requests adhered to the principle of demand response: Customers voluntarily reducing energy use to benefit the electric grid and gas network. Consumers officials reported Thursday that the request — sent via emergency text message at 10:30 p.m. Wednesday — reduced gas demand by 10 percent.

“The DTE request seems to be a straight up voluntary demand response. The Consumers request is very unusual and indicates to me very severe constraints due to equipment failure,” said Valerie Brader, an attorney and consultant who led the Michigan Agency for Energy under former Gov. Rick Snyder.

Demand response is a form of clean energy supported by the former Republican governor and clean energy groups. It’s a cost-effective resource that can be quantified and ultimately reduces the need to add generation like gas plants to the grid. A 2017 report from the Michigan Public Service Commission said “demand response programs become increasingly important when the system is stressed due to high demand and/or unexpected plant outages.”

“Demand response is targeted toward customers who are enrolled in the program,” Carey said. “Customers receive incentives/day notice, etc. through the program. This is not demand response — it was a system-wide voluntary curtailment.”

For its electric customers, Consumers switches air conditioners to turn them off and offers time-of-use rates in the summer.

“[MISO] triggered a process where member utilities are supposed to ask interruptible customers to cut back,” Jester said.

Ongoing #PolarVortex in the US #Midwest has led to wind chills of -40 to -50 degrees and put many lives in danger. This provides a compelling use case for mainstream natural gas #demandresponse programs beyond traditional electric DR programs. #Utilities…https://t.co/wQV3pra5YS

This is why DTE asked all of its customers to cut electric use Wednesday. Fewer than 400 DTE residential customers participate in an interruptible water heating program, utility spokesperson Jill Wilmot said. Demand response industrial customers receive at least two hours’ notice before reducing usage to a predetermined level. If they don’t participate, they pay a higher rate, Wilmot added.

“This is the first time since 1992 that we’ve had to interrupt service during the winter on either one of these programs,” she said.

Carey said Consumers electric customers enrolled in demand response were not asked to curtail their usage during the weather event.

Consumers’ request, however, was not caused by a supply shortage, but rather an infrastructure failure at a facility that handles about two-thirds of its gas supply. Michigan has the largest natural gas storage capacity in the U.S., which Consumers was able to access.

“They had the gas, they couldn’t get it to their customers because of this compressor station failure,” Jester said. “I don’t infer from this that we need more gas pipeline capacity, but we need the utilities to analyze failure of all different components and whether they can still perform under a high load.”

Gov. Gretchen Whitmer on Thursday called for an extensive review of Michigan’s energy infrastructure in light of the utilities’ request from customers.

Some experts say this week’s harsh weather could raise awareness about demand response, an issue mostly unknown by average ratepayers and often lost in regulatory proceedings.

“Even when you have time-of-use rates, it doesn’t seem people are always aware of knowing when to cut electricity use,” said Steve Campbell, an attorney at Clark Hill who specializes in energy regulation. “This is sort of a dramatic way to introduce it to people and put it in their minds.”

And while DTE and Consumers have had widespread deployment of smart meters on the electric side, “they have not yet fully implemented the ability of smart meters to support these kinds of programs,” Jester said. “Right now we don’t have demand response programs built around smart meter capability.”

Carey said Consumers’ smart meters only read gas usage and “do not have any capability to regulate gas use. The technology does exist to provide this type of capability in the future, but it isn’t part of our capability right now.”

Imagine how much more reliable and efficient our power grid would be if all energy users had smart thermostats that could respond to demand signals from utilities in exchange for lower rates https://t.co/hXBpqH6SSX

Wilmot said DTE’s smart thermostat program is more designed for summer peaking and requires a day-ahead notification. The utility’s other interruptible tariffs were deployed for about two hours.

Jester said it will be important for utilities to communicate demand response programs with customers through bills “on an ongoing basis.”

“People will probably be more receptive after going through this, but they won’t know there are programs. They were just asked to voluntarily cut back,” he said.

Consumers officials have said the response indicated residents’ interest in helping out.

“I think it is more of a lesson of, ‘We’re all in this together,’” Carey said. “No one can do everything, but everyone can do something.”