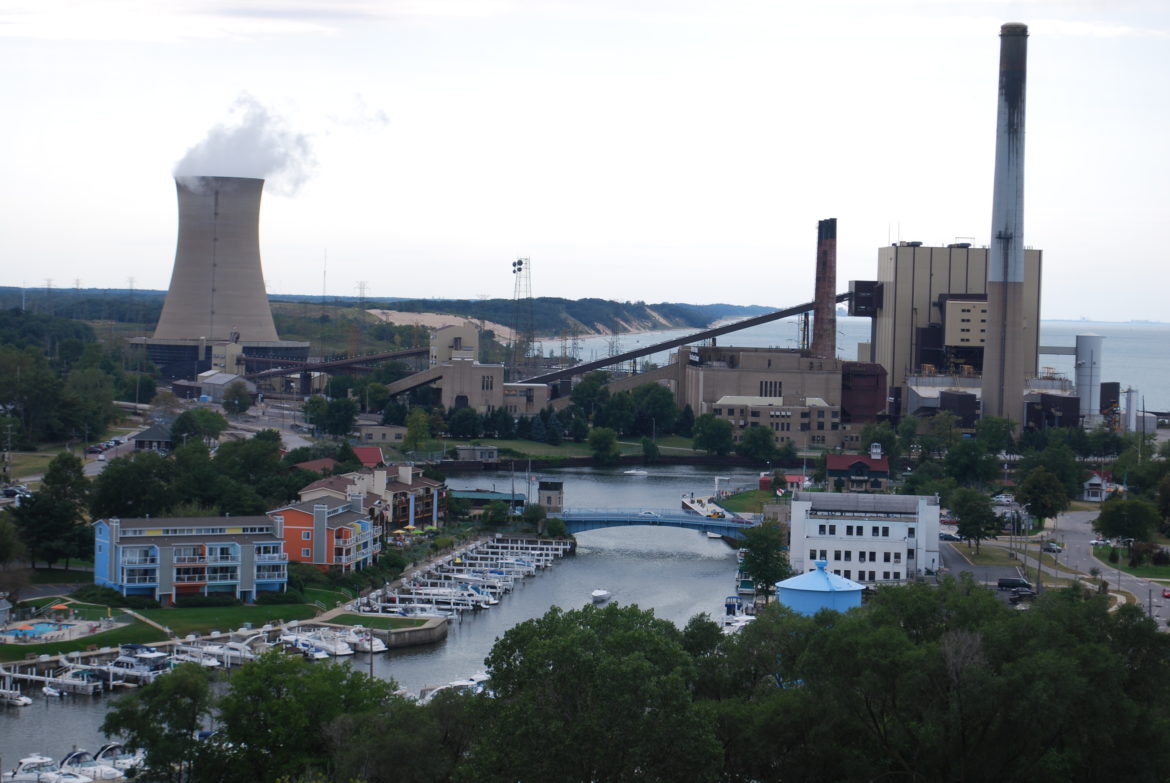 The Michigan City power plant is set to retire in 2028.

NIPSCO plans to keep burning coal in a predominately African American neighborhood for another decade.

A northwest Indiana utility made headlines in September when it announced it will retire its last coal plant within a decade.

That’s not soon enough for the predominately African American community that bears the brunt of the plant’s pollution burden.

NIPSCO’s new timeline for coal retirements has been widely celebrated by environmental groups both in and outside the state. Meanwhile, Indiana NAACP leaders continue to press the utility and regulators to act with greater urgency.

“Those most impacted should not have to wait another decade for clean air,” said La’Tonya Troutman, environmental chair for the NAACP chapter in Michigan City, where NIPSCO plans to continue operating its coal plant through 2028.

NIPSCO surprised many with its announcement that it would speed up coal plant retirements by about a decade and replace the generation with solar, wind and storage instead of a new natural gas plant. The utility retired its Bailly Generating Station in 2018 and now plans to close its R.M. Schahfer Generating Station in Wheatfield by 2023 and the Michigan City plant five years after that.

State and local NAACP chapters say it’s unacceptable for NIPSCO to leave Michigan City — the plant with the most African Americans living in its shadow — running for years beyond the rest of the utility’s coal fleet. They’re calling on the utility to retire the plant by 2025.

But that would pose an unacceptable risk to its reliability, according to NIPSCO planning documents. NIPSCO says keeping the Michigan City plant open until 2028 will buttress the energy delivery system while the utility upgrades its grid and secures new wind and solar generation. The plant already has the costly emissions control upgrades that would be necessary to keep R.M. Schahfer open for longer instead. 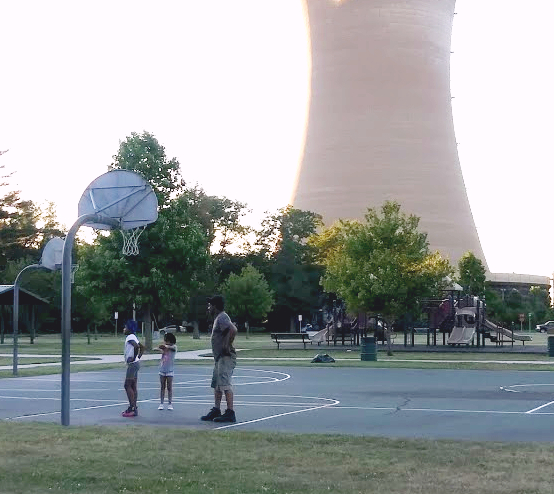 The Michigan City power plant looms over a nearby park.

Michigan City was among 75 coal plants that earned an ‘F’ grade in the NAACP’s 2011 “Coal Blooded” report. The report, produced with the Little Village Environmental Justice Organization and the Indigenous Environmental Network, argued that coal plants have a role in inequitable health outcomes for low-income communities and people of color.

According to that analysis, 29.7 percent of the population within 3 miles of the Michigan City plant are people of color, and incomes in the area are below the Indiana state average. Census data shows many blocks adjacent to the plant are more than 50 percent black.

People of color make up 4.6 percent of the population surrounding the Schahfer plant, according to the “Coal Blooded” report. Most census blocks are 80 percent to 100 percent white.

The Michigan City grade also factored in the plant’s 2007-2010 nitrous oxide and sulfur dioxide emissions, both of which cause respiratory illnesses. NIPSCO has since installed scrubber technology there to reduce both emissions.

But the concern over health impacts remains, Troutman said, especially for asthma among the uninsured.

“When you talk about getting this skyrocketed bill from hurrying up to go to the emergency room for an asthma attack, that costs money,” Troutman said. “Consistently giving a newborn child Albuterol to cover this baby who was born with asthma, that costs money.”

The Indiana State Department of Health doesn’t track asthma rates at the city level, and its data can’t be tied to a specific environmental factor. But in 2017, Laporte County saw 50.5 asthma-related emergency room visits per 10,000 residents. That’s above the state rate of 43.3 visits and the 11th highest county rate in the state.

“Our other branches in the NIPSCO footprint (Elkhart, South Bend, Hammond, Gary) should not have to continue to support a costly and immoral source of energy to cool and heat their homes,” she said in an email.

In a previous round of long-term planning that ended in 2016, NIPSCO determined it would close both units of its coal-fired Bailly plant in 2018 (which it did) and two of five R.M. Schahfer units by 2023. The rest of Schahfer and the Michigan City plant would keep running as late as 2037 or beyond.

‘Those most impacted should not have to wait another decade for clean air.’

NIPSCO’s new plan would close the Michigan City plant by around a decade earlier than previously planned. Its analysis also showed that an even earlier retirement would save customers more money still, but it says more time is needed to expand transmission and secure new generation, which is underway. The utility recently announced agreements for 800 megawatts of new wind capacity that will be online by 2020.

“From a pure economic standpoint, the lowest-cost option for customers pointed toward retiring all remaining coal immediately,” said NIPSCO spokesman Nick Meyer. “However, we must ensure the reliability of our system for customers and there are steps that need to occur prior to the coal retirements.”

While NIPSCO doesn’t see a path to going coal-free before 2028, an earlier retirement for Michigan City is “something that will continue to be evaluated in the next Integrated Resource Planning process in the next 2-3 years” and will largely depend on transmission upgrades, Meyer said in an email.

“And we’ve seen other utilities retire before the dates they initially set,” she said.

The campaign isn’t calling for a specific retirement date for NIPSCO’s coal plants earlier than what the utility has announced. The NAACP is the only organization to do so. The Sierra Club’s goal for a fossil fuel-free electric grid is 2030, Bredhold said.

“But given the recent report from the UN’s Intergovernmental Panel on Climate Change, identifying the consequences of a lesser degree of warming, the sooner we transition away from fossil fuels to renewable energy, the better,” she said.

The Hoosier Environmental Council has advocated for stronger coal ash protections from NIPSCO, but avoids calling for specific deadlines for coal plant retirements, according to Jesse Kharbanda, the council’s executive director. But the organization “values the NAACP’s call to accelerate the timeline of retirement of NIPSCO’s Michigan City plant, on grounds of reducing the exposure to unhealthy air emissions on communities that have disproportionately borne such exposure,” he said.

It’s rare for Indiana energy issues to make news outside of the state, but NIPSCO’s new coal-to-renewables plan did. It led a Wall Street Journal story in January on U.S. utilities accelerating coal plant closures. InsideClimate News included the company among the “utilities in the vanguard” of a “clean energy revolution.”

But those zoomed-out views of market trends and climate policies overlook the people of Michigan City who have been living with NIPSCO’s pollution for decades, Troutman said.

“Everybody in other cities might think, ‘It’s great. It’s a sign of the future. This is what we want,’” she said. “It’s not great by any means to have to wait another decade to get clean air.”