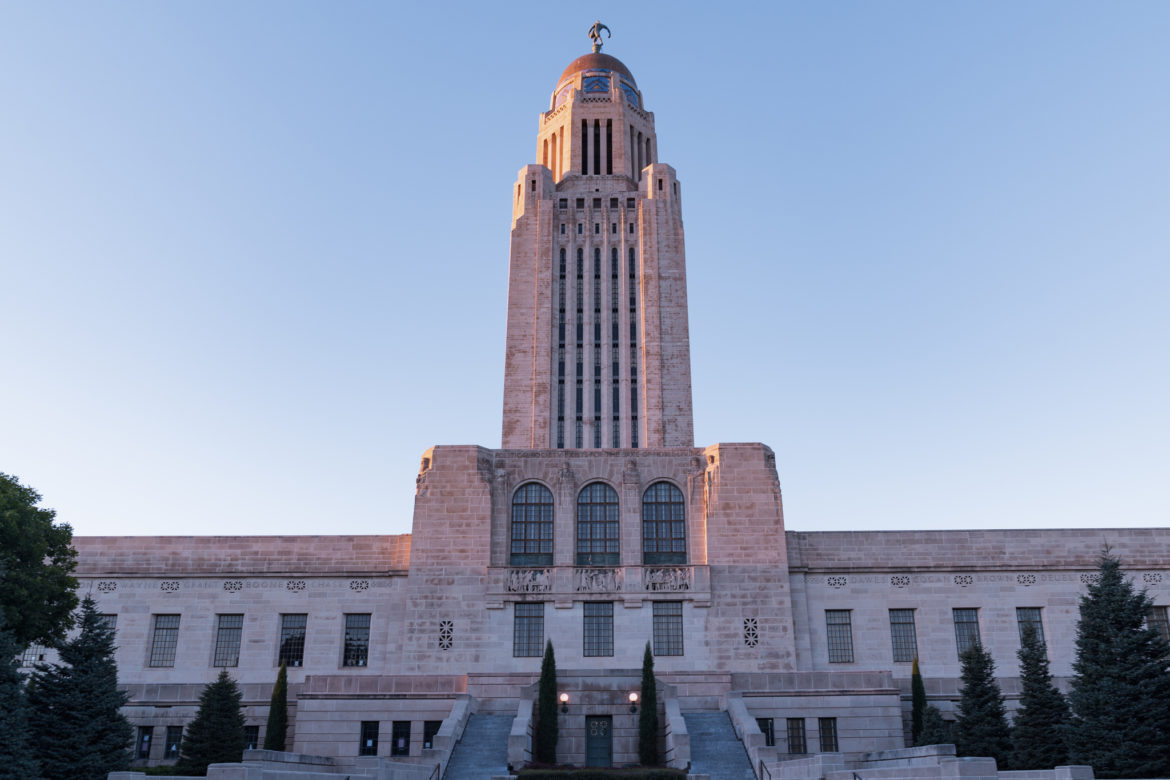 The Nebraska Statehouse in Lincoln.

Some critics worry the change would create conflicts of interest as the agency promotes and regulates projects.

A bill to merge the Nebraska Energy Office into the state’s Department of Environmental Quality could impede efforts to move the state toward the use of cleaner and less energy, according to some clean energy advocates in the state.

The Nebraska Energy Office is charged primarily with promoting energy efficiency and renewable energy across the state. From 1990 through 2017, for example, the office provided about $340 million in low-interest loans for 29,020 energy saving projects.

The Department of Environmental Quality is responsible for enforcing state laws regarding air and water quality and waste management.

Nebraska Gov. Pete Ricketts proposed the merger. At his request, Sen. Dan Hughes introduced the bill. Combining the 15-employee Energy Office with the 217-employee Department of Environmental Quality would create several efficiencies, according to Jim Macy, the department’s director, who testified at a committee hearing last week.

A merger would hasten the Energy Office’s move from paper to electronic documentation and processing, as the DEQ has done, according to Macy. Secondly, he said a combined office would allow elimination of duplicate support staff providing financial management, human resources, information technology support and records management. Thirdly, he said a conjoined office could “leverage expertise,” meaning that the know-how of one office could be applied to both. Since both agencies provide low-interest loans, and often to the same applicants, he said, one department’s expertise could serve both.

‘I find it hard to believe you can regulate and promote at the same time.’

“We will not be in favor of this,” he said. “I find it hard to believe you can regulate and promote at the same time. I can see situations where the new department would be called upon to issue permits related to projects they might have loaned money for. How are they going to say ‘no’ to a project they’ve funded?”

Mike O’Hara, a member of the Nebraska Sierra Club, also dismissed the proposal.

“Some ideas are so bad that everyone notices them immediately,” he said. “A booster-type Energy Office — you don’t try to merge that with a regulatory organization that has as its trust to prevent certain types of behavior. It’s one thing to encourage, and another to try to put down. It’s just wrong-headed.”

David Bracht, who directed the Energy Office for about three years until he left last August, endorsed folding his former agency in with Nebraska’s environmental regulators.

The agencies’ missions are not so clear-cut and distinct, said Bracht, whose departure preceded the governor’s proposal to combine the agencies. He said enforcement actions and incentives already coexist within both agencies. The DEQ, for example, offers enticements to nudge school districts toward less-polluting school buses. And the Energy Office has a role in enforcing compliance with the state’s energy code.

But more broadly, Bracht said he sees merit in the governor’s vision.

“There is probably some opportunity for efficiencies, going from two agencies to one. We wouldn’t want it thought that the office was not operating efficiently. Quite the contrary. We were operating with a small staff, and one that was contracting.”

Several years ago, according to Bracht, the state’s Energy Office — part of the governor’s staff — had about 50 employees scattered among several offices across the state. Now, many of the office’s employees are approaching retirement, a fact that he said presents management challenges.

“As a small agency, that kind of succession [is] hard to manage through,” he said. A combined agency, he said, “will allow both [agencies] to broaden the reach of some of the programs, and to take advantage of some synergies.”

He said he’s confident that the Energy Office can carry on with all of its current work. In addition to distributing federal energy grants and operating a $47 million revolving energy-efficiency loan fund, Bracht said his office snagged a couple of competitive grants. It received $300,000 to help small-town wastewater treatment plants to become more efficient. And the federal transportation department gave the Energy Office $2.3 million to get more high-ethanol fuel pumps installed in the state.

If approved, the restructuring bill will rename the DEQ the Department of Environment and Energy, and will take effect on July 1. Going forward, Bracht said, “The governor agreed with me that energy is going to continue to be very important for the state of Nebraska. This bill shouldn’t be seen as a diminishment of the importance of energy.”