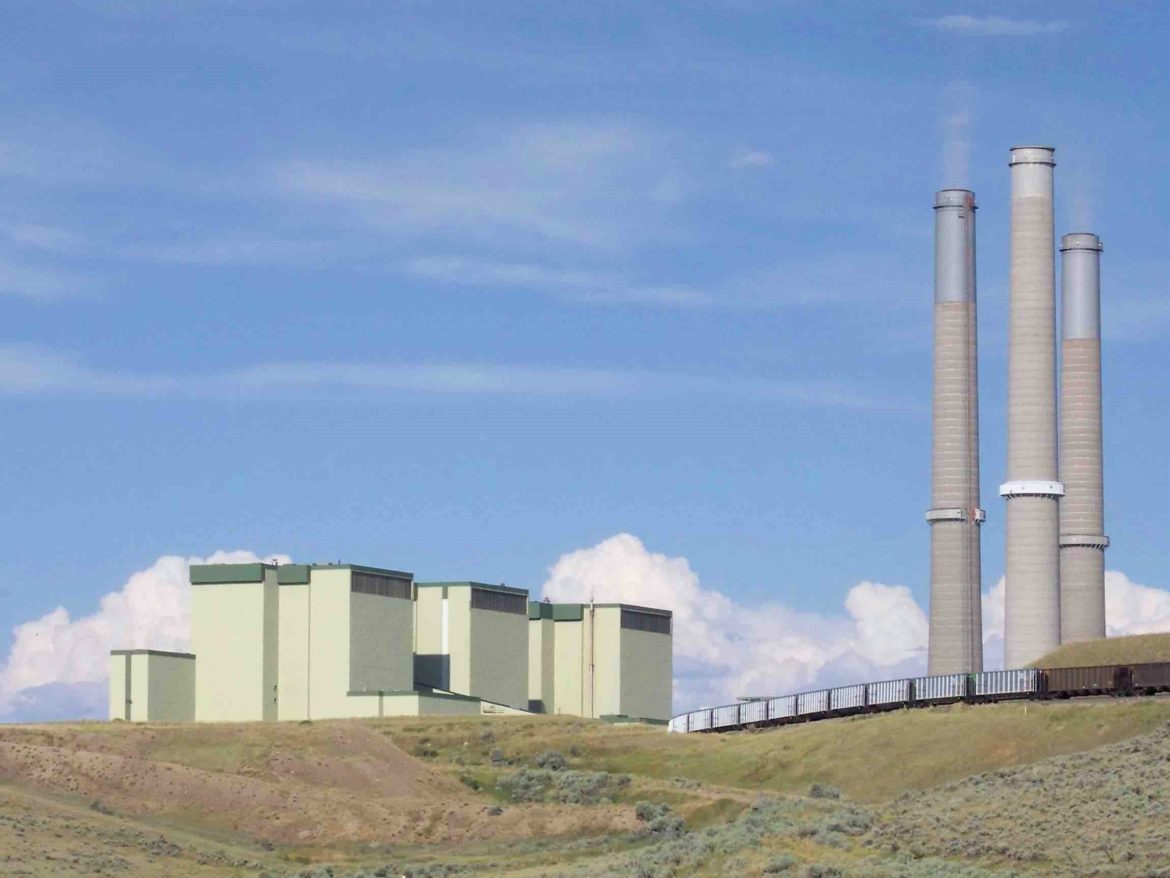 The fee is at the center of a dispute between Delta-Montrose and Tri-State, the electric cooperative’s wholesale provider.

The Colorado Public Utilities Commission on Thursday will decide whether it has jurisdiction over what has become a messy divorce between an electrical cooperative and its wholesale supplier. In this rupture lie conflicted visions of the pace and direction of the energy transition now underway.

[UPDATE: The Colorado PUC ruled on Feb. 14 that it does have jurisdiction in the dispute]

Delta-Montrose Electric Association in November 2016 served notice to Tri-State Generation and Transmission that it wanted out. Tri-State’s proposed exit fee remains undisclosed in dozens of filings with the PUC in the last two months. Delta-Montrose accuses Tri-State of setting a “punitive exit charge that is unjust, unreasonable, and discriminatory in violation of Colorado law.”

Of Tri-State’s 43 members in Colorado and three adjoining states, 26 have sided with the wholesale providers. But the largest members as defined by revenue and electrical have expressed discontent.

United Power, the largest among the cooperatives with 90,000 customer-members in Denver’s northern suburbs and the Wattenberg oil and gas field, filed a statement with the PUC last week along with La Plata Electric, the third largest co-op, with 44,000 members in southwestern Colorado. The document says they are “deeply concerned” that if they should seek exit, Tri-State would want “hundreds of millions of dollars — or billions in the case of United Power — in unjust and discriminatory exit charges.”

Directors of La Plata Electric in January adopted a goal of a 50 percent carbon-free power supply by 2030. Beyond concerns about carbon and other emissions, coal just has gotten expensive, points out Mike Dreyspring, the chief executive. “It used to be coal was incredibly competitive. It was about $45 per megawatt-hour [produced]. And now it’s around $60.”

Tri-State was formed in the early 1950s by co-ops to provide transmission of low-cost electricity from the federal dams of the West. As demand from its member co-ops grew, Tri-State assembled its own generating fleet anchored by large coal plants. In 2006, it wanted to build an even bigger coal plant in partnership with Sunflower Electric at Holcomb, Kansas.

Kansas rejected a permit for the plant in 2007, but prior to that, two electrical cooperatives in the Rocky Mountains pushed back against Tri-State. Tri-State, to prove to investors it would have customers to buy the electricity from the new plant, asked members to extend their all-requirements contracts to 2050. Two co-ops refused: Kit Carson Electric Cooperative of Taos, New Mexico, and Delta-Montrose.

In 2017, after court battles and a roughly $100 million investment by Tri-State, Kansas awarded the permit. By then, the energy landscape had turned upside down. Demand had flattened. Renewables, instead of being costly, had become cheap. But little about Tri-State had changed.

Kit Carson wanted out. It paid Tri-State’s $37 million exit charge and set out to rapidly develop the abundant solar resource of northern New Mexico. The exit charge was paid by Guzman Energy, a wholesale provider that has also struck a deal with Delta-Montrose if it also gets out of the Tri-State family.

In November 2016, Delta-Montrose informed Tri-State it also wanted out. Tri-State provided an exit charge, to reflect the costs to remaining members of the co-op’s exit, such as debt yet to be paid for transmission lines, coal plants and all else.

In early December, after two years of fruitless meetings and negotiations, Delta-Montrose asked the PUC to resolve the dispute.

Two PUC commissioners — the third, recently appointed John Gavan, was a director on the Delta-Montrose board until December, and has recused himself from the proceeding — must first decide whether they have jurisdiction.

Delta-Montrose says its case is about giving members the lowest rates possible, and that the case falls under the PUC’s rate-setting authority.

Tri-State argues the PUC can regulate rates but not intervene in a contractual dispute, one that must be properly resolved in a civil court. The company also says that because it operates in four states, it is immune to state utility jurisdiction under the commerce clause of the U.S. Constitution.

This question of jurisdiction came up in 2013. The PUC — which then had different commissioners — ruled that it did have jurisdiction, but the complaint was withdrawn before the matter was fully resolved. In matters of electrical generation and rates, though, the PUC has commonly confined its governance to Colorado’s two investor-owned utilities.

If the two PUC commissioners — Jeffrey Ackermann, formerly the director of the Colorado Energy Office, and Frances Koncilja, a lawyer originally from Pueblo who insists upon the need for public transparency — agree on Feb. 14 that they have jurisdiction, this case will pick up in the summer. Still unclear is how this “highly confidential figure” of Tri-State’s exit charge, as one filing describes it, will be handled in public hearings.

“As a weather dependent industry that relies on consistent snowfall, Colorado’s ski areas support efforts to reduce carbon emissions and mitigate the impacts of climate change,” the letter says. “Delta-Montrose seeks to withdraw from membership in Tri-State because Delta-Montrose wishes to make its own energy procurement decisions and purchase the more affordable and cleaner sources of energy that are available to it.”

Colorado legislators have also gotten involved, again echoing Delta-Montrose’s talking points about rural economic development and “allowing all Coloradans access to less expensive power from local and diverse generation sources.” The letters were signed by all 64 Democrats and five of 36 Republicans. The Colorado Energy Office, an arm of state government, has filed a statement arguing that the PUC does have jurisdiction.

Delta-Montrose argues that its exit charge should be proportionate to the $37 million paid by the smaller Kit Carson. Delta-Montrose, in its filing to the PUC, also contends the figure Tri-State has come up with is untethered to Tri-State’s debt, a crucial missing link.

If the same formula used to arrive at Delta-Montrose’s charge were applied to all co-ops choosing to leave, Tri-State would end up with a “multi-billion-dollar windfall,” the co-op says.

Most fundamentally, though, the case is about the pace of the energy transition. Tri-State offers 33 percent renewables, primarily because of its federal hydropower contracts. It has added renewables: most recently announced is a 100-megawatt solar farm near Trinidad, Colorado. But the pace has lagged that of Colorado’s largest utility, Xcel Energy.

The city of Durango, Colorado, has also declared support for Delta-Montrose’s position. The city, says Mayor Sweetie Marbury in a PUC filing, is “passionate about economic development” and it wants to have access to “less expensive power from local and diverse sources.”