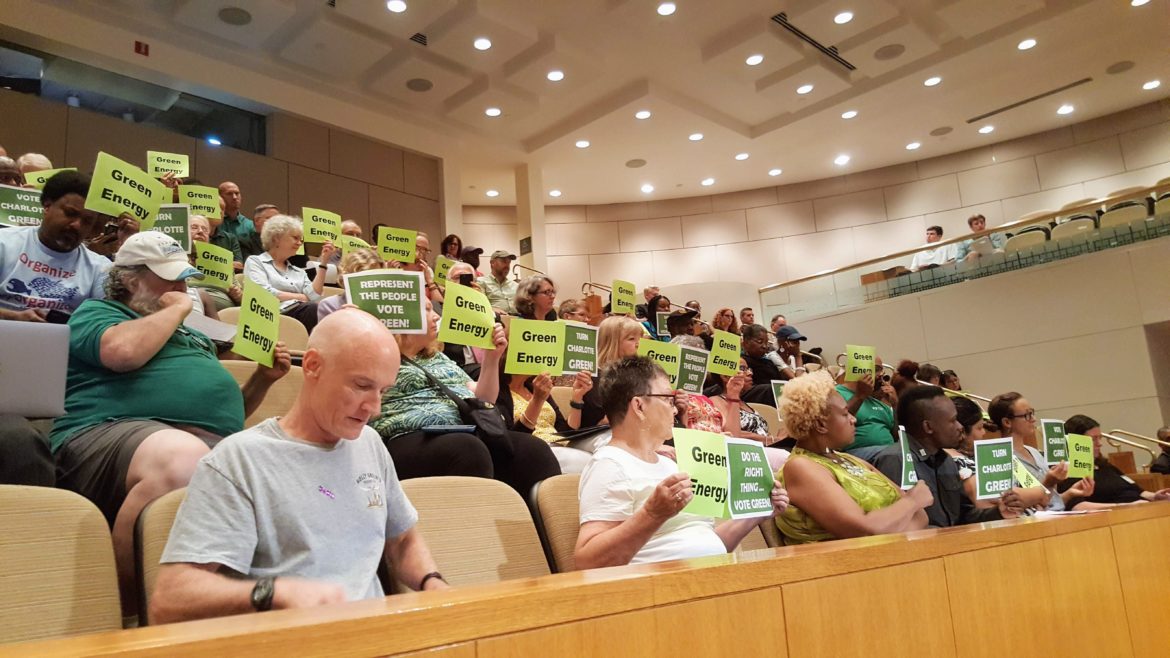 A coalition of cities recently proposed a set of policy changes to help them meet ambitious energy goals.

Joining a national wave of local governments fed up with federal backtracking, counties and cities across North Carolina are moving to slash their climate footprints and advance renewable energy.

The targets range in stringency and scope. But in almost every case, communities will have to overcome a range of structural, political and budgetary hurdles to meet them.

The thicket of challenges has spurred a dozen cities to come together to press for a suite of systemic changes, such as greater control over their electricity sources and more power to raise revenue for electric vehicles and other projects. Whether they succeed could have implications beyond North Carolina.

“For most cities that are making these commitments across the country,” said John Farrell, director of the Energy Democracy Initiative at the Institute for Local Self Reliance, “there’s a very open question of, ‘how can you get there?’”

From small mountain hamlets to the state’s most urban areas, at least 19 communities across North Carolina have adopted resolutions favoring 100 percent clean energy. Another half dozen have pledged to honor the U.S. commitment under the Paris Agreement to reduce climate pollution — despite President Donald Trump’s planned withdrawal from the pact.

A map shows cities and counties in North Carolina that have passed resolutions for 100 percent renewable energy (green), as well as those who are involved in an initiative to change state policy or form new partnerships to help them meet their goals (yellow). Click on a city or county for more information about that community’s goals.

A handful of the measures endorse national or state transitions to renewables. Others make firm commitments to reduce emissions from their own government buildings and vehicles. Still others like Charlotte, the state’s largest city, have voted to shrink or eliminate the carbon footprints of their entire jurisdictions.

“We just have to do it,” said Julie Mayfield, a City Council member in Asheville, which has pledged to power its operations entirely with renewables by 2030 and work with the surrounding Buncombe County on its community-wide goal of 100 percent clean energy.

“With the abdication at the federal level and the challenges at the state level,” Mayfield said, “it rests with cities and local governments to really make the change.”

For many local leaders, the change begins with buildings, the second largest source of carbon emissions for most communities and arguably the easiest to manage.

When he took office four years ago, Hutchinson worked to appoint new members to the county’s Energy Advisory Commission, which then revamped local energy design guidelines. “We’ve got a great energy board,” he said. “All of our buildings now are solar-ready when they’re built, and energy efficient.”

Raleigh, the state capital and county seat of Wake, offsets some of its building electricity use with solar projects, either by investing in them outright or by leasing rooftop space or other properties to third-party developers, who then sell the electricity to the utility.

For Ingram and many other local officials, the next priority is the city’s transportation emissions — which account for more than half of the pollution.

More than two dozen local governments around the state have installed electric-vehicle charging stations, often by partnering with Duke Energy or another local utility. Many are beginning to convert fleets to electric.

“We’re proud to be making these steps,” Ingram said. But, he acknowledged, “as we tackle all of the low-hanging fruit, we’re going to have to find more and deeper-cutting ways to achieve those goals.” 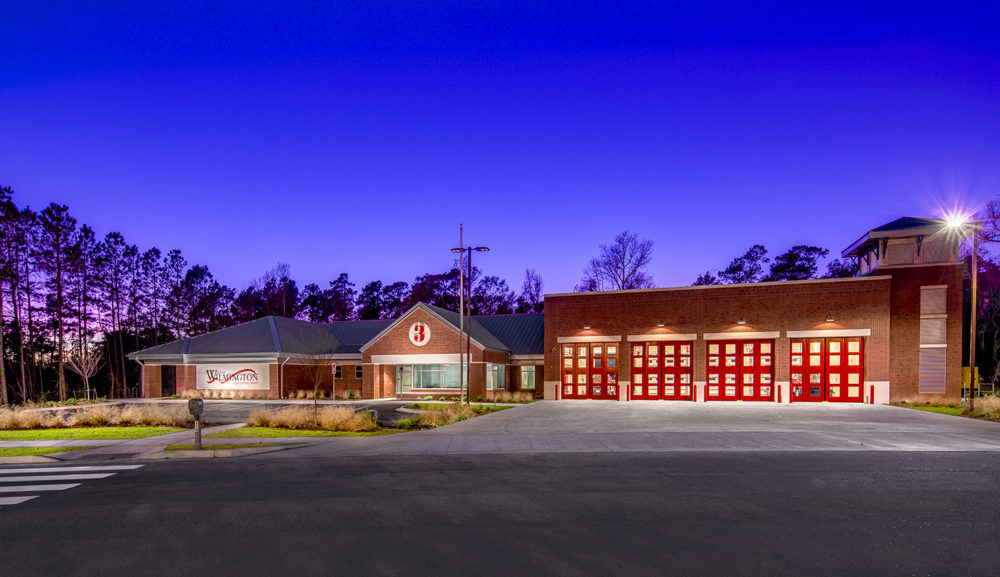 ‘We’d do it in a heartbeat’

Asheville has already invested in some hybrid vehicles, Mayfield said. Converting the city’s entire fleet, combined with a building a solar farm, she said, “would knock out a huge amount of our energy use.”

Yet those two steps would almost certainly require more authority than the city has at the moment. And even then, more barriers would have to fall for the city to meet its goal of 100 percent clean energy.

One limitation on Asheville and other local governments is structural. Duke generates the vast bulk of the state’s power and distributes it directly to the state’s largest cities, binding them to its fuel sources: 95 percent coal, gas, or nuclear.

“Whatever we’re purchasing from them is what we’re getting,” said Amber Weaver, the sustainability officer in Asheville.

Local governments’ own solar arrays can help offset the energy they’re getting from the utility, but Duke controls the interconnection process. Plus, most communities lack enough rooftop space or land to build large-scale projects to deliver clean energy economically.

Charlotte City Council member Dimple Ajmera believes the city might meet its 2030 goal of powering all of its operations with renewables even without help from Duke. But the company’s cooperation is crucial, she said, for Charlotte to meet its 2050 aim of reducing the city’s total carbon footprint from 12 to 2 tons per capita. “We are going to need strong allies to meet our community-wide goals,” she said.

In the transportation realm, cities and counties can design and operate public transit systems. But while cities control bike lanes and other design elements on city-only streets, the state’s Department of Transportation controls major thoroughfares, which are frequently auto-centric.

“Wilmington’s got all kinds of DOT projects going on right now,” said Ingram, “and few, if any, have any kind of multi-use paths, or bike paths, or anything like that.”

Another barrier is budgetary. Local government revenue is limited largely to property taxes and fees; they must ask for legislative permission to propose sales taxes. While they get a portion of the state’s gas tax, they don’t control the amount and can only use the revenue for street upkeep. Plus, many communities have a range of other problems, like a dearth of affordable housing, that stretch taxpayer dollars.

“We’re not going to rob Peter [to] pay Paul,” to meet Asheville’s goal, said Mayfield. “This is not about moving existing money around. We need more resources to meet its needs.”

A third obstacle is legal. While one long-standing statute says cities and counties “should have adequate authority to exercise the powers … conferred upon them by law,” another general ordinance-making power allows them to ban acts “detrimental to the health, safety or welfare of its citizens.” The result is a patchwork of laws and court rulings that leave some local government powers murky.

Largely Democratic cities also face political challenges in the GOP-run Legislature, which can reverse local authority. That dynamic played out famously in the non-energy arena, when the Legislature overturned Charlotte’s LGBTQ non-discrimination ordinance with a bill called HB2. But it’s also surfaced over transit issues, with the General Assembly threatening to scuttle a long-planned light rail project in heavily Democratic Durham and Orange counties.

To top it all off, cities and counties are already specifically pre-empted from certain ordinances that could help them achieve their clean energy goals, such as requiring new homes to be solar-ready.

“We’d love to do that. We’d do it a heartbeat,” said Mayfield. But, she said, “we’re not allowed to go above the state building code. That’s just another example of where the Legislature is keeping us from doing things that we would otherwise do.” 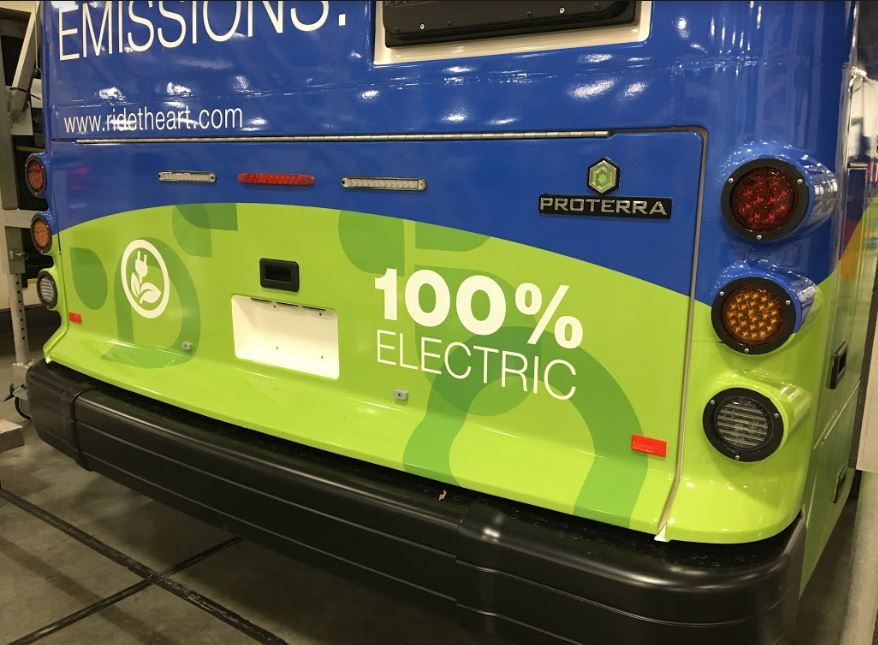 Rather than each city fending for itself in the face of these obstacles, a dozen communities organized by the nonprofit advocacy group Environmental Defense Fund have proposed a set of systemic recommendations.

“What can we all do as a group to affect things at the state level, as opposed to all of us doing our own individual thing?” said Wilmington’s Ingram.

The Environmental Defense Fund focused on recruiting cities with climate goals in Duke territory, but the group said other local governments could benefit from the proposals, which primarily cover the building and transportation sectors.

“That’s where the bulk of our greenhouse gas emissions fall,” said Dionne Delli-Gatti, the organization’s Southeast clean energy director. “Organically, that’s where priorities fell out. It speaks to the fact that that’s where barriers lie.”

One recommendation is to “increase the speed and transparency of the interconnection process.” Another would “allow for new renewable energy procurement options,” such as a Green Source Advantage style program, which would allow cities to buy wind and solar power to meet their energy needs, using Duke as a broker.

“I want Duke to come to the table and have renewable options for cities and counties, where we get to buy renewable energy from them,” said Asheville’s Weaver. 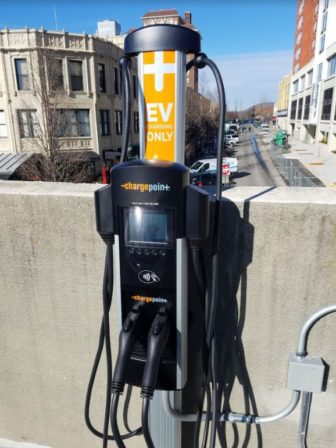 Another request is additional locally controlled revenue for transportation, that could fund additional services for vulnerable populations, aid the purchase of electric buses, and support electric vehicle charging stations.

With the state Legislature just beginning its business for the year, it remains to be seen how all these suggestions will fly there. But Duke is “actively involved” with the cities’ initiative already, said company spokesman Randy Wheeless.

“We’re already working with a number of cities on solutions that can help them execute on those goals,” he said, citing the company’s support for electric vehicle charging stations and its Asheville battery storage project, conceived in a local partnership called the Energy Innovation Task Force.

Duke’s participation in the partnership has won plaudits from Asheville leaders like Mayfield, who believes many at the utility are acting in good faith.

“There are people in the company thinking about this,” she said, “seeing this wave and understanding that the company is going to have to respond in some appropriate way.”

Is it fast enough?

Cities aren’t waiting around for all their recommendations to be adopted, some of which they acknowledge may be heavy lifts.

“We have to start with the easy wins first, the short-term things that we can do now,” said Charlotte’s Ajmera, “and really lead by example.”

If the local governments’ proposals do become reality and their renewable aims met, it could have a sizable impact on the state’s climate footprint. Already, the cities and counties with 100 percent targets comprise more than a quarter of the state’s population, and more goals with more teeth are in the offing.

“The goal really is to make these stronger and stronger,” said Gayle Tuch, co-chair of the mostly volunteer-run North Carolina Climate Solutions Coalition, which has its sights set now on Forsyth County.

“We’re continuing to move forward,” he said. “We’re not slowing down. Are we going to be able to do it fast enough? I don’t know.”