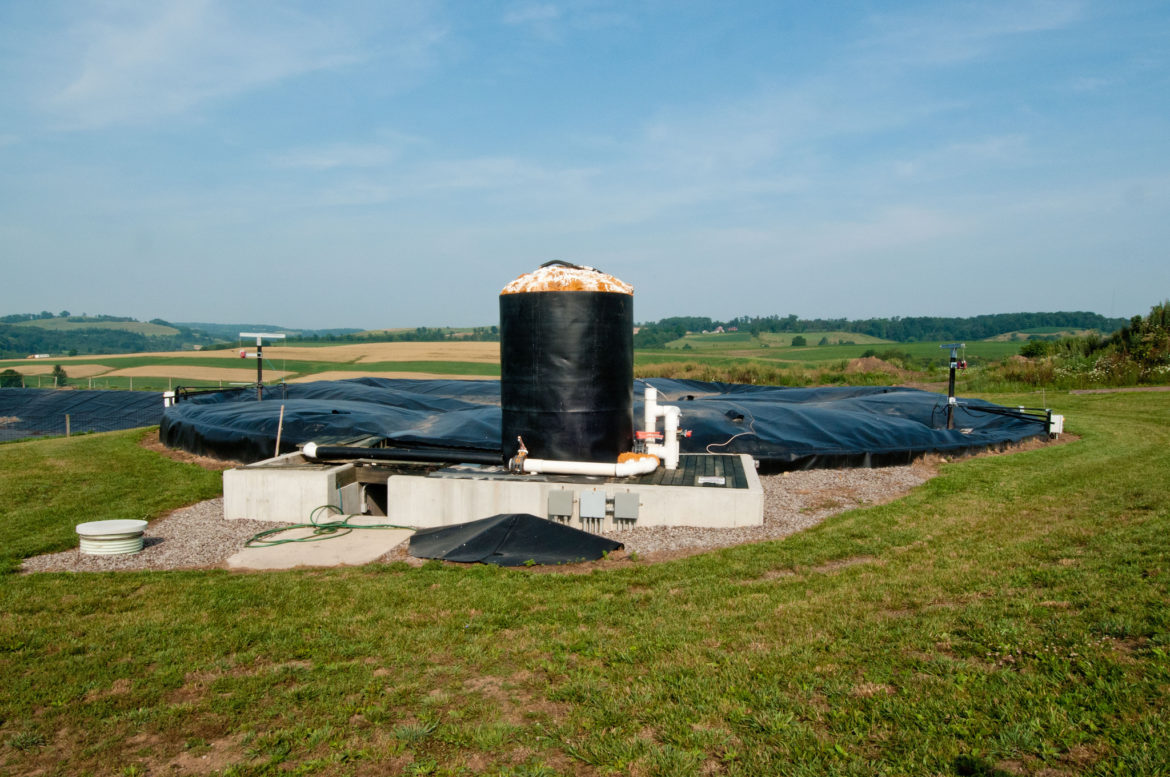 Federal and state incentives steer RNG toward transportation, creating a barrier for utilities hoping to promote it.

Natural gas, hailed by some as the bridge to a clean energy future, is feeling the strain of fitting into a low-carbon future. While cleaner than coal and oil, it still has significant greenhouse gas emissions, especially if leaks from production and pipelines are counted.

Now some natural gas utilities are trying to green up their fuel by promoting the use of renewable natural gas, or RNG, which is methane gas produced by landfills, manure digesters, sewage treatment plants, and other biological sources. On the horizon are experiments using surplus wind and solar electricity to make methane using hydrogen in a synthetic natural gas formula.

But gas utilities may run up against limits in the availability of RNG and face competition with other sectors that want to use it. State and federal policies are pushing hard to cut carbon from transportation fuels, with incentives so lucrative that gas and electric utilities are being priced out. This could spell trouble for RNG’s success as a source of low-carbon heating fuel or on-demand electricity.

What is renewable natural gas?

RNG can also be created from gasification, where biomass is heated under pressure until it gives off volatile gases. And even more exotically, methane can be created by using electricity to split hydrogen away from water and combining it with carbon. These approaches are viable technically but not yet financially.

RNG can offer a double climate benefit: It replaces fossil fuels with renewable fuels but it also can stop methane from leaking into the atmosphere from sources such as livestock and landfills. Methane is a powerful greenhouse gas — 21 times more potent than carbon dioxide over 100 years, according to the U.S. Environmental Protection Agency. It accounts for 16 percent of global emissions, with 60 percent of that coming from human activities like industry, agriculture, and waste management. Simply capturing methane for use as an energy source helps avoid these impacts.

It is also attractive technically. It is a more convenient and flexible form of energy than other kinds of biomass energy, like wood. It can be used for anything that natural gas is, including powering vehicles and heating homes. It can be blended with the natural gas supply, and thus be moved easily and stored for long periods.

Renewable natural gas offers an enticing way for natural gas utilities to respond to regulatory pressure to cut carbon emissions, and stave off calls to replace natural gas with electricity.

SoCal Gas, the nation’s largest natural gas distribution utility, serving 21.8 million people in more than 500 communities, commissioned a study by Navigant Consulting that found replacing 16 percent of California’s natural gas supply with RNG would cut greenhouse gas emissions as much as converting all buildings to electric-only energy by 2030. They also say it is three times more cost effective than an electrification pathway.

California legislators are responding, passing legislation last year that requires regulators to consider adopting a renewable gas mandate, analogous to the renewable electricity standards that 30 states have adopted. If implemented by the state utility commission, gas utilities would have to buy 32 billion cubic feet of RNG by 2030, the first such mandate in the U.S. Oregon is looking at a similar approach as part of its carbon policy.

But critics are pushing back, saying that we should instead replace natural gas — renewable or not — with renewable electricity, to “electrify everything.”

“There is nowhere near enough RNG to meet our heating load in the building sector,” said Rachel Golden of the Sierra Club. “Let alone other sectors that are harder to electrify.”

Golden pointed out that SoCal Gas assumed in their study that more than 75 percent of the gas would come from out of state. Even if all in-state sources were tapped, they could supply only 2.5 percent of statewide gas consumption, she said, or about 10 percent of heat and hot water needs in buildings.

“It’s just not a scalable strategy,” she argued. 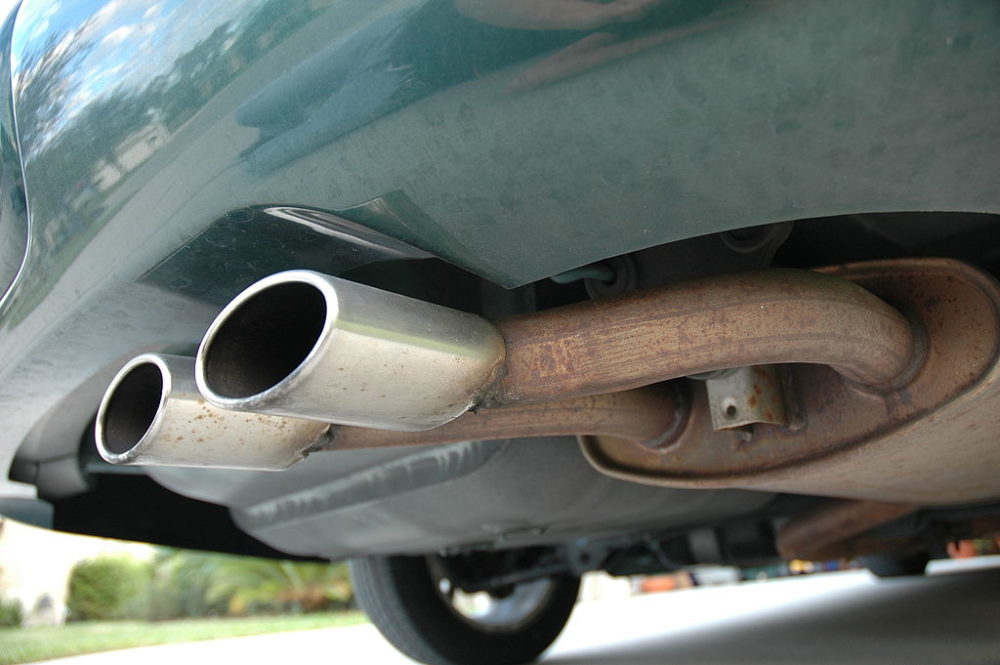 A majority of the renewable natural gas produced in the U.S. is used in the transportation sector.

Transportation fuel is the driver

Gas utilities’ hopes of bringing RNG to their customers are also running up against a policy bias. National and state laws provide generous incentives to steer RNG to the transportation fuel market.

“The highest-value end use has switched to transport fuel,” according to Marcus Gillette, spokesperson for the Coalition for Renewable Natural Gas. He estimated that about three-fourths of RNG produced in the U.S. goes to transportation now.

By far the biggest policy driver is the federal renewable fuel standard. Congress created the standard in 2005 and expanded it in 2007, seeking to promote energy independence and boost the fortunes of Midwest corn farmers. The renewable fuel standard called for 15 billion gallons of conventional corn ethanol by 2015 and an additional 22 billion gallons by 2030 from innovative fuels like ethanol made from cellulosic materials.

But it has proven difficult to cost-effectively convert corn waste, grasses, and woody crops into liquid fuels. Only a handful of cellulosic refineries are operating, producing only 15 million gallons in 2018 — well short of the 7 billion gallons called for in the renewable fuel standard. DuPont recently sold its Iowa cellulosic ethanol plant to German company Verbio, which plans to convert it to produce RNG from corn waste to sell into the California market.

As a workaround, the EPA in 2014 made renewable natural gas eligible for the cellulosic category. The change caused biomethane production to jump nearly six-fold, from 33 million ethanol-equivalent gallons in 2014 to 189 million in 2016, accounting for almost all compliance with the policy. Although the value of compliance credits is determined on the market, a waiver from the program was set by the EPA at $1.96 per gallon-equivalent in 2018.

A second policy driver has been California’s low-carbon fuel standard, which requires oil companies to cut the carbon content of their fuel 10 percent by 2020. They can do so by making their refineries more efficient, sequestering carbon, or paying others to market cleaner fuels, through a credit market. Credit values are determined by the life-cycle emissions of fuels.

The low-carbon fuel standard has resulted in an explosion of fuel innovation. Almost 500 products have participated in the program, with 13 different types of fuel made from 63 categories of feedstock, ranging from Australian tallow to wheat straw.

There are 66 RNG products in the program, making up only 5 percent of eligible low-carbon fuels in 2017. All but three of the products are sourced from landfill gas projects. The few RNG products from livestock waste rate as the cleanest because they prevent fugitive methane emissions.

Corn ethanol accounts for about 60 percent of the volume of fuels sold in the program, but has higher emissions than RNG. As a result, it earns less than one-third of the total value of credits. Current rates of $188 per metric ton of carbon dioxide translate into about 50 cents per gallon-equivalent for ethanol, while the best livestock waste project earns a whopping $7.50.

Putting the renewable and low-carbon standards together, a livestock manure program can earn about $9.50 per gallon-equivalent. That is equal to a payment of about $86 per thousand cubic feet of natural gas. A landfill gas RNG project earns on average 90 cents per gallon-equivalent, or $8.20 per thousand cubic feet of natural gas. Considering the retail price to residential customers in California averaged only $12.49 in 2017, such a premium for RNG is a daunting barrier for natural gas utilities, or any other buyer.

The competition has led Midwestern gas utility Centerpoint Energy to try a more modest approach to RNG. CenterPoint has proposed a pilot program in Minnesota that lets consumers set a dollar amount on their bill that would go for RNG. The high value of transportation incentives was cited as a key barrier to a more aggressive offering.

Despite the success of California’s low-carbon fuel standard in driving innovation, not all are convinced that transportation fuels are the right place for RNG. Jimmy O’Dea of the Union of Concerned Scientists argues that rapid progress in electric vehicles makes any gas-based motor fuel a dead end.

What then should be done with RNG? O’Dea points out that since RNG is injected into pipelines where it is produced, rather than being physically delivered to the user, it is a policy decision about who should buy the credits.

“Anybody connected to pipeline could be a ‘user’ if the credits say they are,” he said. He thinks industrial processes and chemical manufacturing, even oil refineries, could be the best use for it, since they are hard to decarbonize in other ways.

But as long as incentives are so high for the transportation sector, the limited production of RNG will be drawn primarily to vehicles.