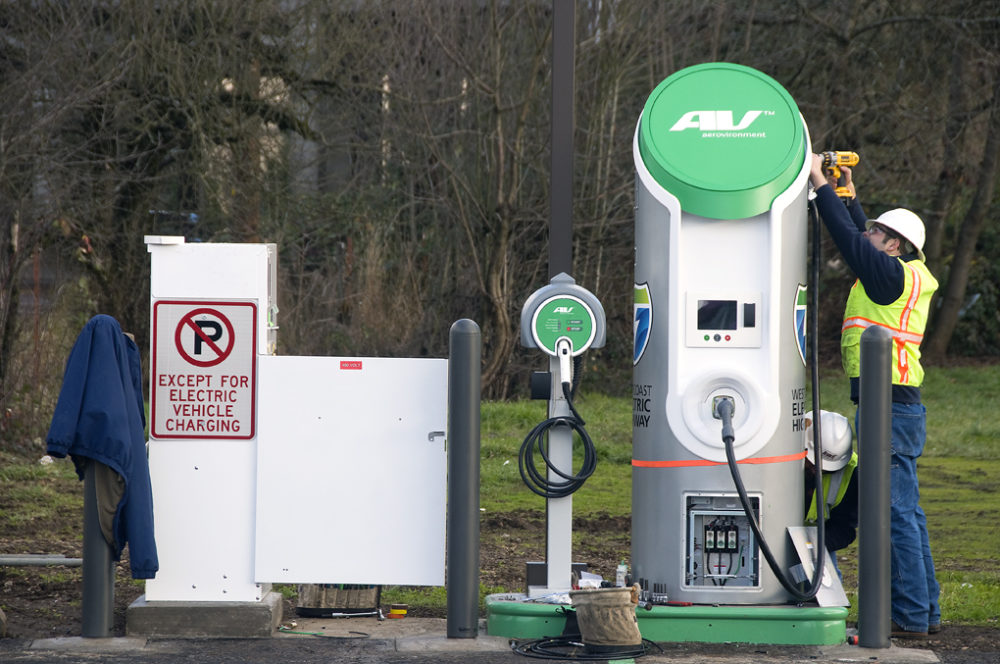 In Illinois, there’s widespread agreement that drivers need access to more charging stations if the state is going to electrify its transportation system.

The question of who owns them — and who profits from them — is an open debate.

Utilities, private developers, and business owners are all expected to play a role in building out the state’s electric vehicle infrastructure, but recent comments submitted to state regulators reveal unresolved questions about what those roles might look like.

The Illinois Commerce Commission recently solicited stakeholder comments on potential issues, challenges and opportunities related to electric vehicles in the state. The process drew comments from many groups, including both of the state’s regulated utilities, several consumer and environmental groups, and private companies.

Access to charging infrastructure was one of the most critical issues that needs to be addressed, stakeholders said. Drivers need it in many places and for different purposes: home, work, public parking garages, highway rest stops, for hours at a time or a quick recharge during a road trip. The demand expands further for public transit and other heavy-duty vehicles.

Different incentives exist for different investors and equipment owners. Utilities like ComEd and Ameren, which have the potential to recover capital from ratepayers, may find opportunity to invest in charging infrastructure in different places than companies like ChargePoint, which sells its charging equipment, or Tesla, whose equipment only works with its own cars.

The market is nascent, and stakeholders emphasized that without careful planning, charging access won’t take off, and people won’t be motivated to drive electric vehicles.

Of the 10.2 million light-duty vehicles in Illinois, only about 12,300 were plug-in electric vehicles as of early 2016, according to a 2017 study by consulting firm M.J. Bradley & Associates. That number is projected to increase to as many as 1.2 million by 2030.

Not without adequate charging, though. For light-duty vehicles, access to charging at home is very important, said Samantha Houston, a clean vehicles analyst at the Union of Concerned Scientists. The group has noted that most light-duty vehicle charging happens at home, which also allows EV owners to charge during off-peak hours, like overnight, when grid load is lighter.

Given their technical know-how, utilities are often well-equipped to provide homeowners with charging equipment like wires and electrical panels, also known as “make-ready” infrastructure, Houston said. They can also help install the charger.

But while charging access isn’t a problem for most single-family homes, challenges arise for electric vehicle owners who live in multi-unit apartment buildings where more residents need to charge. Utilities might be best suited for installing charging stations in these locations, where they could recover costs and also sell electricity while working with building owners.

“I think multi-family dwellings are one of the more critical places for utilities to be this early actor, to enable the multi-unit dwelling residents to have the option of adopting an electric vehicle,” Houston said.

The dynamics change for public places like office buildings, parking garages and along highways — all key locations, experts say, for mitigating range anxiety. Several investment and ownership options exist, with various levels of involvement by utilities, private charging companies and “site hosts” — the landowners who host the chargers.

A grocery store could theoretically buy a charger from ChargePoint, in which case the store would have control over charging rates for drivers. Or a utility like Ameren could buy the charger and install it in the grocer’s parking lot, but still own it and set charging rates. Yet another option would be for the store to partner as a site host with a company like EVgo, which also retains ownership and sets prices for the public stations in its network.

Different solutions will be appropriate in different situations, but whatever agreement is landed on, many stakeholders emphasize that it should incentivize efficient charging behaviors.

ChargePoint argued in its comments submitted to the Illinois Commerce Commission that site hosts, whether or not they own the equipment on their land, should be able to set charging prices for drivers to maximize effective utilization. A retailer might offer free EV charging for the first hour and then begin charging a fee to incentivize drivers to move their cars and make room for others. When site hosts have this agency, “drivers reap the benefits and ratepayers benefit from a higher utilized grid,” ChargePoint’s commenters wrote.

Further challenges arise depending on the location of the business and the specific charger it’s using. Houston noted that business owners often pay demand-based electricity rates, in which their rates depend in part on their highest electricity demand. A DC fast charger, to which a driver connects their vehicle for a short time to quickly charge before continuing their trip, could significantly add to this demand, even if it’s not used that often. So business owners at highway rest stops, for example, may have less incentive to purchase chargers.

In that case, Houston said, utilities could be well-suited to either invest in the equipment themselves, or at least refigure those businesses’ rate structures. California-based Pacific Gas and Electric Company, for example, recently proposed a subscription fee model where commercial ratepayers choose the amount of power they need for their charging stations. PG&E compared it to choosing a cellphone plan.

For Illinois, the next policy steps are unclear at the moment. The notice of inquiry was led by Anastasia Palivos, an acting commissioner no longer on the Illinois Commerce Commission. Shortly before she left this month, she said in an interview that the commission decided it’s too soon to get involved directly. But given the growing interest in electric vehicles, she said she hoped this process would at least spur communication and collaboration among stakeholders.

“EV deployment is a growing market, and it’s new territory for almost everyone,” Palivos said. “So we’re not sure what the appropriate guidelines are or the rules for utilities to get involved.” Several commenters, including ComEd and Ameren, noted that clear policy from the commission will be important to determine what responsibilities they can take on, particularly when it comes to including charging infrastructure investments in rate bases.

“In a way, the industry is at a great point, because there’s a lot of space for people to come up with solutions,” said Mark Nabong, a senior attorney at Natural Resources Defense Council. The technology, from battery resilience to charging interface, has huge potential, he said, and if the state gets it right, there will be benefits and opportunities to go around.

“There is going to be growth at all levels,” Nabong said. “Electric vehicles and transportation electrification is kind of a rising tide. And a rising tide should lift all the boats.”