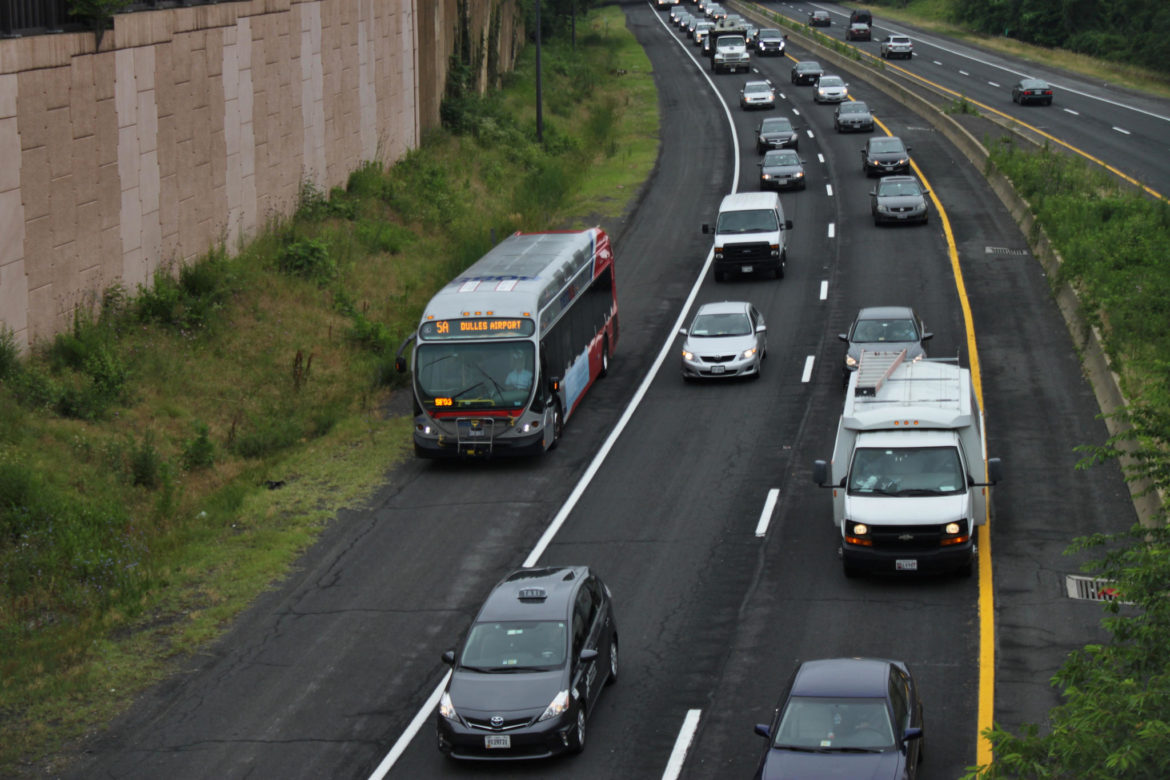 As Amazon retreats from its expansion plans in New York City due to backlash over subsidies, its reception in northern Virginia remains largely welcoming.

Will that change when thousands of new employees begin commuting to and from the online giant’s planned Arlington County outpost?

Observers say there will be less grousing about that incremental influx on all fronts if the retail behemoth takes a lead role in connecting and maximizing the potential of existing subway lines, bus routes, roads, and bike and pedestrian pathways.

Joel Hicks, who is earning his doctorate in energy policy at the George Mason University campus in Arlington, is studying Amazon’s plans.

“Nothing gets people’s ire up more than traffic and transport problems,” said Hicks, affiliated with the university’s Center for Energy Science and Policy. “I hope Amazon doesn’t miss the opportunity to really make a commitment to encourage a shift in the transportation sector.”

How Amazon designates the $750 million incentives package approved by the Virginia General Assembly in January is key, Hicks said. It includes $223 million for transportation improvements and a separate $28 million for other infrastructure.

That section of Arlington County has been called Crystal City for decades. Amazon has proposed naming its campus National Landing, after the nearby airport.

Already, bicycle and walkable-city advocates are pushing for Virginia and/or Amazon to take the lead on funding two bridge projects. One would link adjacent National Airport to HQ2 and the other would span the Potomac River between Washington, D.C., and Arlington County.

When Amazon began its much-hyped search for a headquarters beyond Seattle in 2017, the company vowed to spend $5 billion and hire 50,000 workers to fill 8 million square feet of office space. About half of those jobs are expected in Virginia with the rest now expected to be spread across the country.

“[CEO Jeff] Bezos better show some visible commitments to sustainability,” Hicks said. “He’s off his rocker if he thinks he won’t be under the microscope in Arlington.”

While low electricity prices sweetened Amazon’s decision to land in Virginia, Hicks and others said they have little doubt the company will commit to powering its offices with renewables and making its campus a showcase for energy efficiency.

Elsewhere in Virginia and across the country, Amazon has committed to powering its energy-hungry data centers with solar.

“But remember that the energy demand of corporate offices is going to be peanuts compared to a data center,” Hicks said.

David Murray, executive director of the solar trade group serving Virginia, Maryland, Delaware and Washington, D.C., said it’s pretty much a given that the Fortune 500 companies selecting Virginia for data centers and other facilities are strong on renewables.

“Some use rooftop panels and other projects in the queue will buy power that isn’t necessarily next door, but elsewhere in Dominion Energy’s territory,” Murray said.

Crystal City has housing and plenty of commercial office space. With the latter, it isn’t yet clear if Amazon will be retrofitting, building new or a combination of both.

Smart growth booster Chris Zimmerman said the groundwork laid by the local government years ago gave Virginia a distinct advantage over its Amazon competitors. Officials concentrated on mixing commercial, residential and retail options that were accessible.

“Amazon can walk into just the kind of place it wants to be in Crystal City,” said Zimmerman, who served on the Arlington County Board for 18 years. “In terms of energy and efficiency, a point that can easily be lost is that the location decision is the greenest part of this.”

Zimmerman left the board five years ago to take a leadership position with Smart Growth America, a nonprofit in Washington, D.C.

As a board member, he pushed the county to de-emphasize motorized vehicles and highlight accessibility.

“Americans might love their cars, but a place that’s auto-dependent is not marketable anymore,” he said. “People don’t want to spend their time stuck in traffic.”

The high-tech’s industry’s natural resource is smart people, Zimmerman said, and Amazon needed a place where those skilled employees want to live, work and play without driving everywhere.

“Energy is a land use issue,” he emphasized. “We can’t solve our energy problems by simply having more efficient systems. Technology plays a role, but it’s not going to save us.”

Amazon should help, not hinder

Hicks, of George Mason University, said it will be fascinating to watch how a large private company blends — or doesn’t — into a geography where the influence of the federal government and the rest of the public sector is so pronounced.

“Amazon’s arrival is a big deal because it’s not a regular thing,” he said. “What it commits to is the $64 million question.”

He suggested specific places where Bezos — who is familiar with the region as a District homeowner and the owner of the Washington Post — might fill gaps in local transportation needs.

One idea would be enhancing Arlington’s County’s transition to electric vehicles, Hicks said. Another would be returning Metro, the local subway system, to the shining beacon of efficiency it once was by speeding up progress on deferred maintenance and other projects.

Just recently, Virginia, Maryland and the District of Columbia joined forces to commit dedicated funding as one way to improve service and halt a ridership slide. Several subway stations are in the heart of Amazon’s HQ2.

At the very least, Hicks said, Amazon needs to listen and learn how it can help to solve problems in an area of the country with a tight housing market where the population — and the gridlock — continues to boom.

“For them to saunter in here and visibly snub any reasonable attempt to be a responsible energy user would be foolish.”