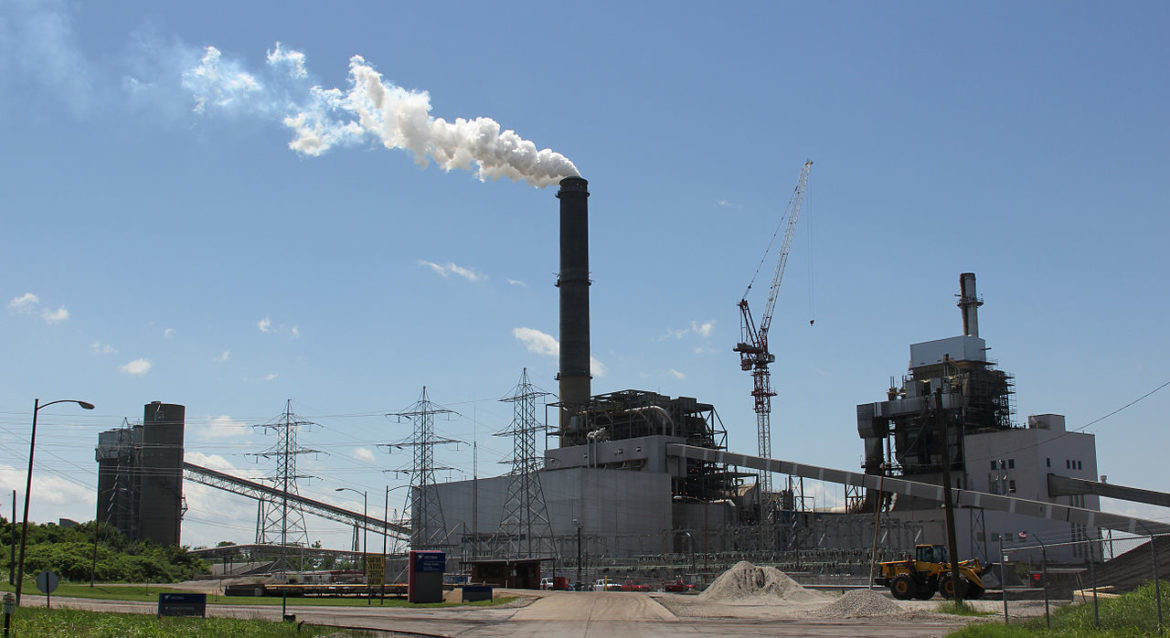 The coal-fired F.B. Culley Generating Station in Warrick County, Indiana, sits on the north bank of the Ohio River.

Coal fuels almost 75 percent of Indiana’s electricity today and fossil fuels may continue to dominate the state’s power supply for decades unless new policies are enacted, according to a study by university researchers.

The study is one of 10 reports coordinated by the Purdue University Climate Change Research Center that examine how climate change will affect different segments of Indiana’s economy.

The energy study released this week models how a warming climate would affect energy supply and demand. The study found that climate change will have little net effect on Indiana’s overall energy demand, with increased electricity use in summer being partially offset by lower heating demand in winter.

But the study also suggests that coal and natural gas could dominate the state’s energy mix through 2065 absent a carbon tax, renewable energy investment tax credits or other policy to spur renewable energy.

Meanwhile, the report said, “Adopting even a modest carbon policy can have a significant impact on Indiana’s long-term electricity supply mix.”

Peter Schubert, a study co-author and director of the Richard G. Lugar Center for Renewable Energy at Indiana University-Purdue University Indianapolis, acknowledged the analysis has limitations, or “knowledge gaps.”

For instance, continuing declines in wind and solar energy costs and advances in battery technology “could tilt supply further away from fossil fuels,” the report said.

‘Elected leadership in Indiana has not made climate resilience or climate change a priority.’

Schubert said he hopes the series of reports will kick-start discussions and spur additional studies that can be used as the basis for policies to confront the effects of climate change. But Indiana’s General Assembly has so far shown little interest in the topic.

“Elected leadership in Indiana has not made climate resilience or climate change a priority,” Schubert said. “Our Legislature has shown a strong interest in maintaining the status quo.”

Kerwin Olson, executive director of the Citizens Action Coalition, an environmental and consumer advocacy group, agrees that Indiana’s Legislature have shown no interest in climate policy.

“They continue to turn the clock backward,” Olson said, referring to laws adopted in recent years to eliminate solar net metering and roll back the state’s energy efficiency standard. “The Legislature seems hell-bent to protect fossil fuels and the utility business model.”

Even so, market forces will increasingly push the state to a cleaner energy future, he said.

Many of the state’s coal-fired power plants are economically challenged today in the face of competition from natural-gas-fired generation and renewables.

And utilities such as Northern Indiana Public Service Co. have already laid out plans to move away from fossil fuels (Climatewire, Sept. 21, 2018).

While some new natural-gas-fired generation will be part of Indiana’s energy mix, “we see the majority of this coal getting replaced primarily by efficiency, wind and solar,” Olson said.

The energy study primarily focused on energy supply and demand, but it also noted that climate change poses a series of risks for Indiana’s energy infrastructure.