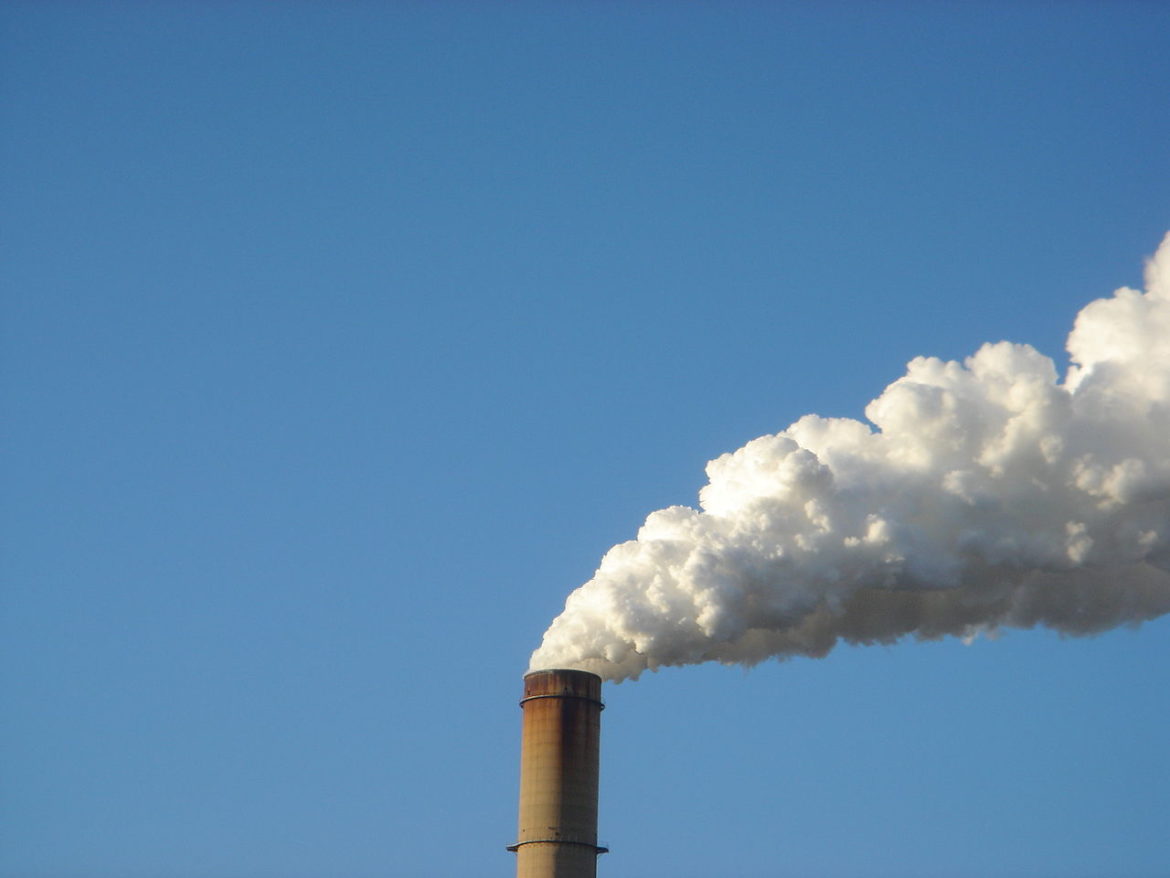 The economy can grow while emissions from fossil fuels fall, but policy matters, said experts at an international science conference this month.

Wild swings in weather whipped through Washington as scientists and engineers gathered for the annual meeting of the American Association for the Advancement of Science. Inside the conference halls, panels offered insights on the need to reduce fossil fuel emissions to limit impacts from climate change, as well as some novel ways to do that.

Here are three takeaways from a Feb. 17 presentation on the government’s Second State of the Carbon Cycle Report, along with the implications for Ohio.

Recent cuts in U.S. emissions came along with economic growth.

“Decreasing use of fossil fuels has the largest implications for reducing greenhouse gases,” said Richard Birdsey, senior scientist at the Woods Hole Research Center in Massachusetts. He provided an overview of data from the government’s November 2018 report. 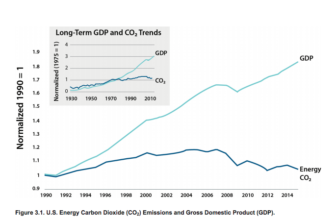 Total U.S. carbon dioxide emissions fell even as the United States saw significant economic growth after the 2008 recession, Birdsey noted. Ohio’s energy sector had a similar trend. Statewide emissions from all energy sectors in 2016 were about 21 percent lower than 2008 levels.

In contrast, the country’s economic growth and emissions grew or fell pretty much in tandem for most of the preceding century.

That “decoupling of economic activity from carbon emissions … takes away a little bit of the negative notions that we can’t” have both economic growth and lower emissions, Birdsey said. “There’s things that can be done, and this indicates looking backward that has happened.”

Now, however, the Trump administration has proposed weakening the CAFE standards that would have nearly doubled average fuel efficiency by 2025, thus saving drivers huge amounts in fuel costs. The rollback rule could be finalized this year, and would lead to more fuel consumption and higher greenhouse gas emissions.

Aside from that, the country’s carbon dioxide emissions had a “significant spike” in 2018, after falling at a rate of about 1 percent per year for the previous decade. Natural gas may be taking up the slack from coal in the energy sector, while emissions from industry, transportation and buildings increased as well, according to a January 2019 report from the Rhodium Group.

“So there’s a chance we’ve now turned the corner and will see increasing emissions,” Birdsey said.

The United States can achieve an 80 percent cut in greenhouse gas emissions by 2050, said Peter Marcotullio, who heads the CUNY Institute for Sustainable Cities in New York. However, market forces alone won’t be enough to reach that 80 percent reduction.

“A lot of coal-fired power plants have closed. We’re still getting this uptick” in emissions, Marcotullio said. In his view, neither the decline of coal or any other single factor is a “silver bullet” for cutting emissions.  Rather, an “all-of-the-above” approach will be necessary to achieve cuts.

“We’re going to have to have policy drivers,” Marcotullio said.

A Feb. 25 study in Nature Climate Change confirms that displacement of fossil fuels by renewable energy and energy efficiency curb greenhouse gas emissions in industrialized nations, including the United States.

Pursuing those policies could cost from $1 trillion to $4 trillion by 2050, Marcotullio noted. However, he did not note the economic benefits that could be realized from reductions in disease and less severe climate change impacts. Other experts have said those benefits would more than offset costs from reducing emissions.

Gov. Mike DeWine had campaigned on an “all-of-the-above” platform for energy and had said he was in favor of clean energy development in the state. However, it’s unclear how he will act if the Legislature again pushes to scale back the state’s renewable energy and energy efficiency standards.

It’s likewise unclear whether he would support a bill to reform tripled property line setbacks for turbines on commercial wind farms, which were enacted in 2014.

A page on his campaign website was vague. As attorney general, DeWine had brought lawsuits for alleged violations of the state’s environmental laws. He also litigated against the Clean Power Plan.

If Ohio lets greenhouse gas emissions rise, however, it and other states face increased risks from climate change, according to another government report released the same day as the carbon cycle report. Those risks include adverse health impacts, pressure on agriculture, and warmer, wetter weather, including more severe storms.