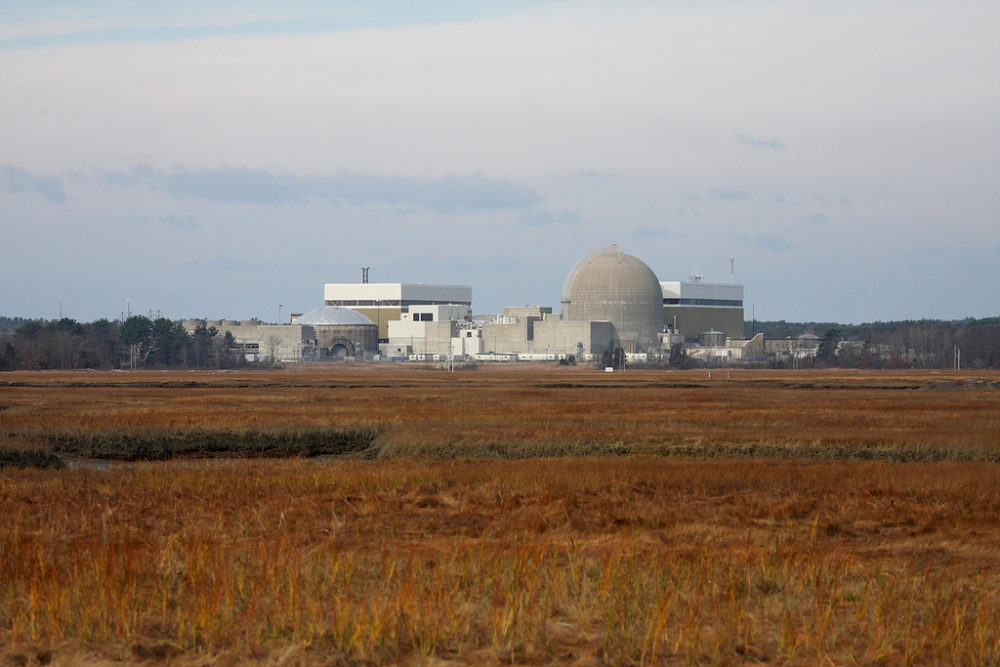 A Massachusetts climate change nonprofit has released a report arguing the state’s municipal power companies are lagging in their commitment to clean energy. Leaders in the municipal electric sector, however, contend the analysis misrepresents the realities faced by these plants and their commitment to lowering emissions.

“They’re trying to evaluate us based on rules that don’t really apply to us,” said Brian Choquette, president of the Municipal Electric Association of Massachusetts and general manager of Hudson Light and Power.

The report, created by the Massachusetts Climate Action Network (MCAN), assessed the portfolios, policies, and practices of the 41 municipally owned electric companies in the state. Often called municipal light plants, these companies are not subject to many of the regulations that govern investor-owned utilities and competitive electric suppliers. Notably, municipal light plants are exempt from the rules that require a certain slice — currently 14 percent, increasing annually — of the power sold to come from renewable sources.

And without the legal requirement to provide a specified amount of renewables, the climate group says, the municipal light plants just don’t. No municipal plant has more than 9 percent renewable energy in its mix, and many have none at all, according to MCAN’s calculations.

“The results were way worse than we were expecting,” said Oriana Reilly, the coordinator for the nonprofit’s municipal light plant program and one of the major contributors to the report. “We can’t meet our state’s greenhouse gas reduction goals if 14 percent of our energy supply is just not going to do anything for the future.”

Therefore, the report contends, it is misleading for a municipal light plant to sell a renewable energy credit then claim credit for the green attributes it represents, as another entity is also claiming the benefits. Yet many municipal plants, the report claims, do exactly that in their communications with consumers (though they do follow legal requirements for reporting).

“The municipal light plants were really overstating their green content to their customers,” Reilly said. “It’s a transparency issue.”

Furthermore, the report argues, renewable energy credit sales can hinder the creation of new renewable generation projects: If a utility, for example, can buy a credit to meet legal requirements, there would be less pressure in the market to develop new green supply.

Municipal light plants are also failing to keep up when it comes to energy efficiency, the MCAN reports argues. In Massachusetts, the traditional utilities charge a small fee to fund Mass Save, which provides energy efficiency services such as home energy audits and appliance rebates to all customers. Municipal power companies, however, run their own efficiency programs.

Only four municipal light plants have greater than 2 percent of customers taking advantage of energy efficiency services, however, according to the report, and many companies don’t even appear to be tracking the results of their programs.

‘I would like them to be more aggressive in encouraging and pushing and supporting conservation.’

In Ipswich, where just 1 percent of customers have used the rebates available through the Ipswich Electric Light Department, there is little effort to spread the word about efficiency programs, said Carolyn Britt, a local resident who is a former municipal planner and is involved in energy issues in town. There is also little discussion about finding ways to encourage people to switch to efficient electric heating, a strategy that was included in the state’s recent three-year efficiency plan.

“They’re just not participating in that conversation in any useful way,” Britt said. “I would like them to be more aggressive in encouraging and pushing and supporting conservation.”

Those in the municipal power sector, however, say the report is a massive misrepresentation of the municipal light plants’ practices and plans. The business model of municipal companies is so different from that of the investor-owned utilities, Choquette said, that it is inaccurate and unfair to compare the two.

Since electric deregulation in the 1990s, investor-owned utilities in Massachusetts have not been allowed to own power generation facilities. Any electricity National Grid or Eversource sell to their customers must be purchased from independent generators and sold to customers with no markup. Prices change every six months and must be approved by the state Department of Public Utilities.

These rules, however, do not apply to municipal light plants. Municipal operations are permitted to own their own generation and to enter into long-term contracts with suppliers. Hudson Light and Power, for example, is a minority owner of the Seabrook Station nuclear power plant in New Hampshire. For a municipal light plant to change its fuel mix would often be logistically and financially challenging, Choquette said.

Furthermore, MCAN focused too narrowly on renewable energy rather than non-emitting energy, Choquette said. Nearly 80 percent of Hudson’s power comes from nuclear generators; this energy is not considered green or renewable, but does not cause carbon emissions.

“They vilify us for not being green, but we’re not creating a problem with this portfolio,” Choquette said.

According to MCAN’s numbers, the proportion of non-emitting sources, which include renewables as well as nuclear and large hydropower, varies widely in municipal portfolios, from none at all to, in a few cases, 100 percent.

In general, municipal companies are willing and even eager to meet the state’s long-term target of 80 percent by 2050 for renewable energy, Choquette said. But, because municipal light plants work under a different business model and a different legal framework, it is unfair to compare their progress directly to that of the conventional utilities.

Hudson, he said, will certainly be open to moving to green sources when its nuclear suppliers are decommissioned. And the municipal energy community has discussed with legislators the possibility of giving municipal light plants the same long-term renewable targets, but allowing them to measure their progress in 10-year increments, rather than assessing their compliance annually, Choquette said.

These kinds of assurances, however, are no substitute for concrete plans of action, Reilly said. And the success some towns have had in shifting toward greener operations demonstrates it is possible, she added.

“The [municipal light plants] are asking to be allowed to wait until the very last minute,” she said. The areas served by municipal plants “won’t be exempt from the effects of climate change,” she added, “so why should they be exempt from the solutions?”