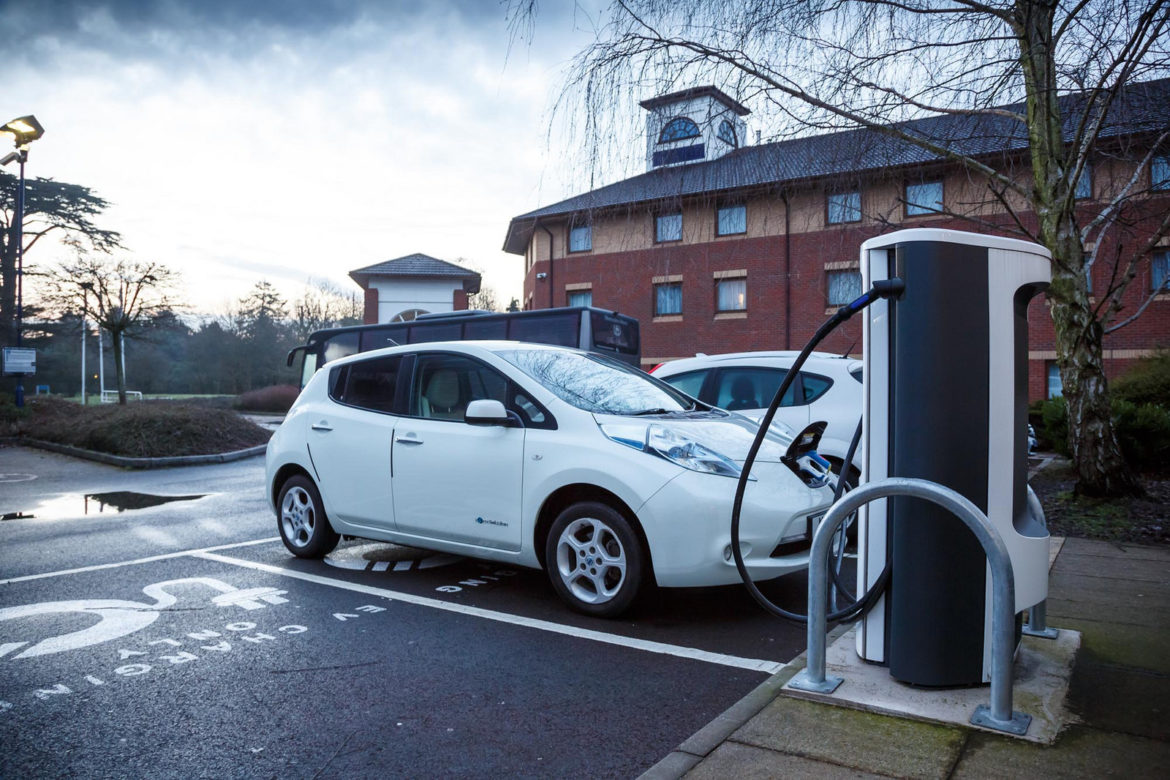 A Pennsylvania electric vehicle "roadmap" includes suggestions for shaping the growth of charging infrastructure in the state. “Rural areas have been left out in early planning, and they have to be included,” said Rick Sapienza, of the North Carolina Clean Energy Technology Center. “If you’re trying to drive a long distance and there is a [charging] desert, you can’t have that gap in coverage.”

A report outlines the state of the electric vehicle market and identifies strategies to increase adoption in the state.

Pennsylvania is promoting a new roadmap to electrify transportation by designing policies and setting targets to get more electric vehicles on the roads.

The Pennsylvania Electric Vehicle Roadmap, published this month by the state Department of Environmental Protection, outlines the current state of the electric vehicle market and identifies 13 recommendations, including short-, medium- and long-term steps that can be taken to increase adoption. Pennsylvania ranked 24th nationally in total sales of electric vehicles in 2017, according to the report.

The report outlines seven short-term strategies the state can pursue in the next two years to increase electric vehicle use. Among the recommendations are creating a consumer education program, connecting with car dealers, establishing a statewide sales goal, and crafting new policies or legislation to encourage utilities to invest in transportation electrification.

It also contains medium- and longer-term strategies, such as encouraging more so-called “time of use” electric rate designs to encourage people to charge their vehicles overnight and doing more planning to shape the growth of charging infrastructure.

Getting ready to shift

“We see that automakers are moving in the direction of [electric vehicles] over the next several years, so how do we position ourselves to be ready for that?” said Pennsylvania environmental secretary Patrick McDonnell. “In the short term, we’re working on educational efforts. There are still a lot of misconceptions out in the public about EVs. We’re also supporting building out infrastructure and increasing investment in charging stations and developing an outreach program to dealers.”

McDonnell said the initiative fits into a broader effort by Gov. Tom Wolf to cut the state’s greenhouse gas emissions 80 percent by 2050. He notes that 20 percent of those emissions come from the transportation sector. It also follows a national trend, as auto manufacturers embrace electrification and policymakers and consumers increasingly recognize the benefits of electric vehicles.

Read more: The need for charging stations is clear, but who should own them is not

“Pennsylvania is in a leadership position around the country,” Miller said. “Pulling together all the relevant stakeholders — staff at state agencies, municipal leaders, researchers, advocates — is a critical first step that many other states are just starting to contemplate doing.”

Aside from the report, Miller said the state has positioned itself to be more electric vehicle-friendly with recent decisions by the Pennsylvania Public Utility Commission.

In an effort to promote more investment in public charging stations, the commission in November approved a new policy aimed at clarifying rules for how power is resold. The policy states that third-party electric vehicle charging is providing a service to drivers and will not be considered a resale or redistribution of electricity, which is subject to pricing requirements. A month later, the commission gave the green light to pilot programs proposed by utilities in Pittsburgh and Philadelphia aimed at increasing consumer access to charging stations.

Last May the state also announced a new initiative to use money it received from the Volkswagen emissions cheating scandal toward grants and rebates for cleaner transportation, including fast electric vehicle charging equipment.

“The grant programs are robust, well-designed and are already working to increase access to charging,” Miller said. “All of these steps are necessary to take place in a coordinated manner. It’s a strong signal the state is on the right track.”

Pennsylvania is hardly alone in its efforts to promote cleaner vehicles, according to Rick Sapienza, of the North Carolina Clean Energy Technology Center.

“North Carolina had a similar plan that was done in 2011, and we’re updating it right now, because the landscape of the whole industry has changed,” he said. “It’s moving at light speed. The technology has advanced, the costs have come down, and the capability for vehicles has come up.”

He noted that other states, including Tennessee and Maryland, have recently set high electric vehicle targets. California has led the way with its Zero Emission Vehicle program, which requires that 14 percent of the vehicles manufacturers provide to the state be zero emission (electric or hydrogen) — a target that increases to 22 percent by 2025.

“With the ZEV states, anybody who has gotten higher EV penetration, they’ve done it from incentives, and infrastructure,” Sapienza said. “What’s a goal without a plan? It’s just a wish.”

He said states need to work together to avoid duplicating efforts. Late last year Pennsylvania, along with eight Northeastern states and Washington, D.C., announced plans to create a new regional cap for vehicle emissions. The initiative is still taking shape but will likely include efforts to promote electric vehicles.

As states plan together, Sapienza said they need to also make sure the growth in vehicle sales and charging infrastructure does not remain confined to urban areas.

“Rural areas have been left out in early planning, and they have to be included,” he said. “If you’re trying to drive a long distance and there is a [charging] desert, you can’t have that gap in coverage.”

Even with all the coordinating around the technology, he thinks widespread adoption will take some time.