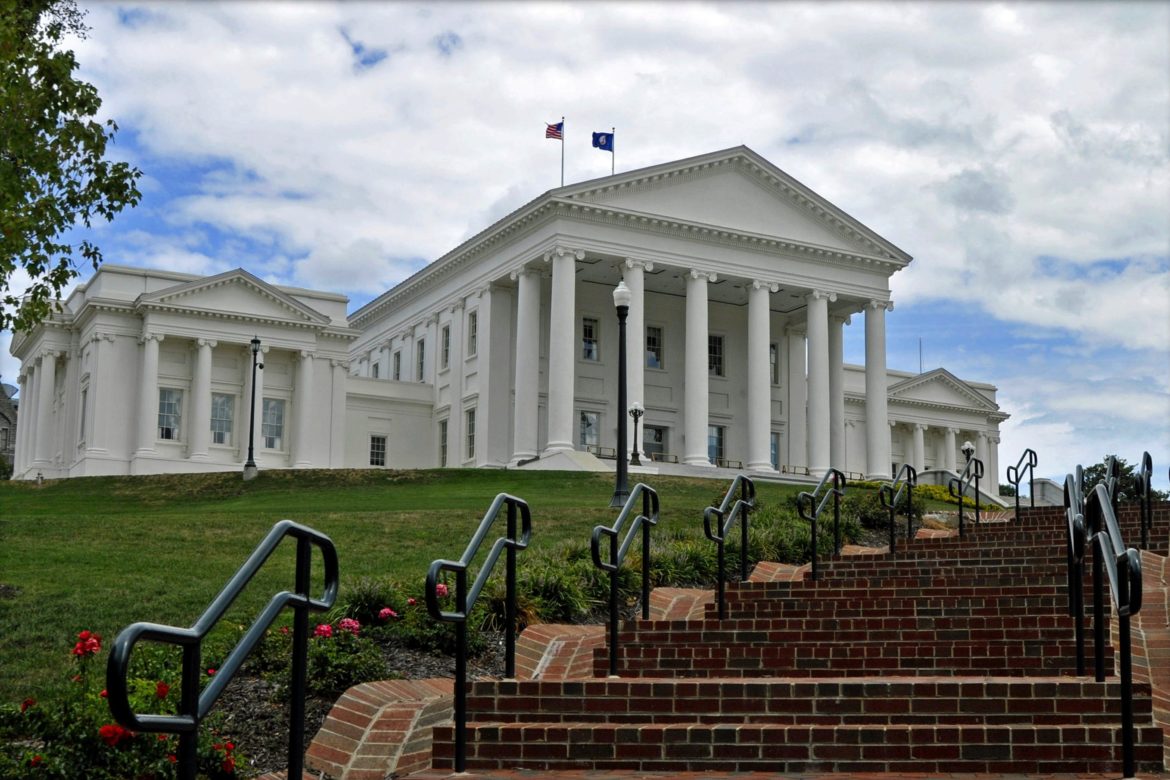 “Nobody got everything they wanted, but it advanced the cause of rooftop solar and net metering,” an advocate said.

Any day now, Democratic Gov. Ralph Northam is expected to sign into law a measure that extends the reach of solar for electric cooperatives in Virginia.

The legislation’s key accomplishment is bumping up the cap on the net metering capabilities of solar systems installed by co-op customers. Net metering allows those customers to save on their electric bills by selling excess solar energy they generate back to the co-op.

What passed in the General Assembly — one where both chambers have very slim Republican majorities — included a few other solar-growing pieces, but its overall reach is relatively narrow.

That slightness is because it is compromise legislation crafted with the help of an outside mediator who brought together participants including representatives from the regional solar trade association, co-ops, investor-owned utilities, the environmental community and a rate design expert.

Critics say legislators shouldn’t be foisting their solar responsibilities upon a group that hashes out compromises in private. But solar backers counter that the group likely won’t continue indefinitely.

Solar advocates agree with critics that the state’s investor-owned utilities — Dominion Power and Appalachian Power — can do end-runs around the mediation process because they are not interested in compromise. But many say that dynamic could change in November’s election when all 100 seats in the House of Delegates and all 40 seats in the Senate are up for grabs.

In an interview with the Energy News Network, Aaron Sutch, program director for the nonprofit Solar United Neighbors of Virginia, offers perspective on the impact of the mediation and where solar stands in his state. 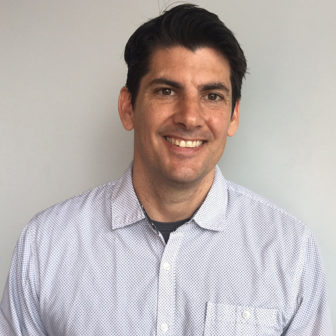 A: Solar United Neighbors, or SUN for short, sees rooftop solar in particular as the cornerstone of creating an equitable, democratic energy system in communities because it creates jobs, builds a resilient grid and allows freedom in energy choice.

SUN evolved from an organization that started out as the Community Power Network in 2009. We’re a nonprofit with a national presence and programming in Virginia, 10 other states and Washington, D.C. that centers on movement building and education.

We do nonpartisan advocacy, but we’re not an environmental group. We help people with how to go solar, not why to go solar, so we represent utility ratepayers with residential and small commercial solar systems.

Q: What have you accomplished in Virginia?

A: So far, we’ve helped with 750 solar projects in Virginia. Kiskiack Golf Club in Williamsburg, the first golf course in the state to go solar, was one of our projects.

We focus on customer-owned systems because rooftop solar is by far the biggest job supplier in Virginia when it comes to solar.

Q: Mark Rubin, executive director of the Virginia Center for Consensu Building at Richmond’s Virginia Commonwealth University, is the chief mediator and group’s namesake. What is your understanding of how the mediation group came into existence?

A: I’m not an expert on it, but my understanding is that it came to fruition at the end of 2016 as a response to legislators’ concerns that every session piecemeal bills dealing with solar were thrown at them.

They said they wanted to be more efficient with bills that had a lot of technical language. The idea was to form a group well versed in solar to come together and figure out compromises before bills are introduced in the General Assembly.

Mark Rubin is not a technical expert on solar, but he is a well-known mediator in Virginia.

Q: Is Solar United Neighbors connected with the Rubin Group?

A: Our group has never officially been at the table with the Rubin Group, but we’ve been brought in informally. We pushed to make sure the meetings were not held behind closed doors.

Q: Critics refer to the Rubin Group as a closed-door operation that tackles the work legislators should be handling. Can you give me some specific examples of solar legislation it has advanced in Virginia?

A: The most recent legislation (initially created as SB 1769 and HB 2547) involving the co-ops is probably the clearest example of a good piece of consequential legislation for rooftop solar.

It was a compromise, so nobody got everything they wanted, but it advanced the cause of rooftop solar and net metering.

This represents what the Rubin Group can be at its best and that’s because the electric co-ops were ready to work to get a win-win.

Q: This measure allows co-ops to collect demand charges and SUN has made it clear it doesn’t think residential solar customers should be singled out for those fees. What’s your reaction?

A: Demand charges were was part of the compromise. During negotiations, it was agreed the demand charges would be phased in incrementally and that co-op members would be educated about what they were. That was all reasonable.

(Note: Monthly demand charges are based on a consumer’s peak demand at any given time. So, the more energy used at that time, the higher the demand charge. Co-ops said demand charges on solar customers were needed to recover the costs of operating and maintaining a reliable and affordable electric distribution system.)

Q: Does that law do anything else to help the people your organization serves?

A: Yes. At SUN, we’ve always said we could all be rich if we had a nickel for every time a well-meaning church asked us about going solar. This legislation actually opens up solar options for co-ops serving nonprofits.

Now, investors can foot the bill for financing rooftop solar on churches, schools and municipal governments. The investors can claim the solar tax credits and the nonprofits can go green and lock in the price of electricity without the upfront costs of solar panels. Because the investor is monetizing the value of the solar tax credit, the nonprofit pays less for its energy.

Q: Earlier, you mentioned a provision in that same co-op legislation that falls into the “boring but necessary” category. Can you explain?

A: Residential customers in co-op territory are now able to install enough solar to meet 125 percent of their energy needs. This fixes a bad piece of legislation passed a few years ago that set the limit at 100 percent.

Our customers always asked why that limit applied. It was frustrating for them to size a solar system for their current needs when they knew their demand for electricity would be rising because they had a baby on the way, planned to purchase a plug-in electric vehicle or knew their mother-in-law would be moving in.

Q: Do you know of any other states that navigate solar legislation via a non-governmental mediation group?

A: I’m not a multistate specialist, but I have not seen this held up as something that commonly occurs.

Q: Why does it matter that the recent solar legislation allows electric cooperatives to extend net metering to their customers by raising the cap?

Co-ops serve the electricity needs of close to one in five Virginians. Co-op territory, which tends to be less densely populated, covers roughly one-third of the state’s geography.

A: The Rubin Group has made progress on utility-scale solar because the utilities want it, so it’s an easy ask.

But the group can only advance net metering and customer-owned solar if Dominion and Appalachian Power are willing to discuss decent compromises. Dominion is used to being the bully in the room and rigging the game to fit their needs.

As a result, that latest legislation allows Dominion to form a stakeholder group to create a rate design for customer solar. Not only do utilities use that stakeholder process to delay and drag things out, they also think other groups should answer to them when they’re actually just one equal stakeholder. That’s not a strategy that’s going to work indefinitely.

Q: Do you see a time when the Rubin Group can be disbanded because Virginia solar policy is so far ahead? When might that be?

A: It may continue if the group can show its value by coming up with legitimate solutions. What could change is if the Democrats take the majority in the House of Delegates and Senate in the General Assembly this November. The makeup of the key committees would then be different and perhaps the perceived value of the Rubin Group among key legislators would be different.

Q: In your eyes, what piece of legislation would make the biggest difference to growing solar in Virginia?

A: There’s not one magic bullet, but there is a group of small bullets that matter. The easier ones include expanding the system sizing for residential and small commercial solar systems, continuing to make purchase power agreements available to more customers, and initiating some sort of rebate or pilot program for solar and energy storage that could grow into a model.

Q: Is there anything else you want to cover?

A: The co-ops deserve kudos for being responsive to their members with that latest legislation, which involved compromise. It sets an example of how governance can work in times that are pretty divided.

What matters is the attitude of the utilities. Investor-owned utilities are missing the potential for the same type of win-win by not coming to the table. We would like to see that change because if they continue to be obstinate, they will render themselves less relevant.