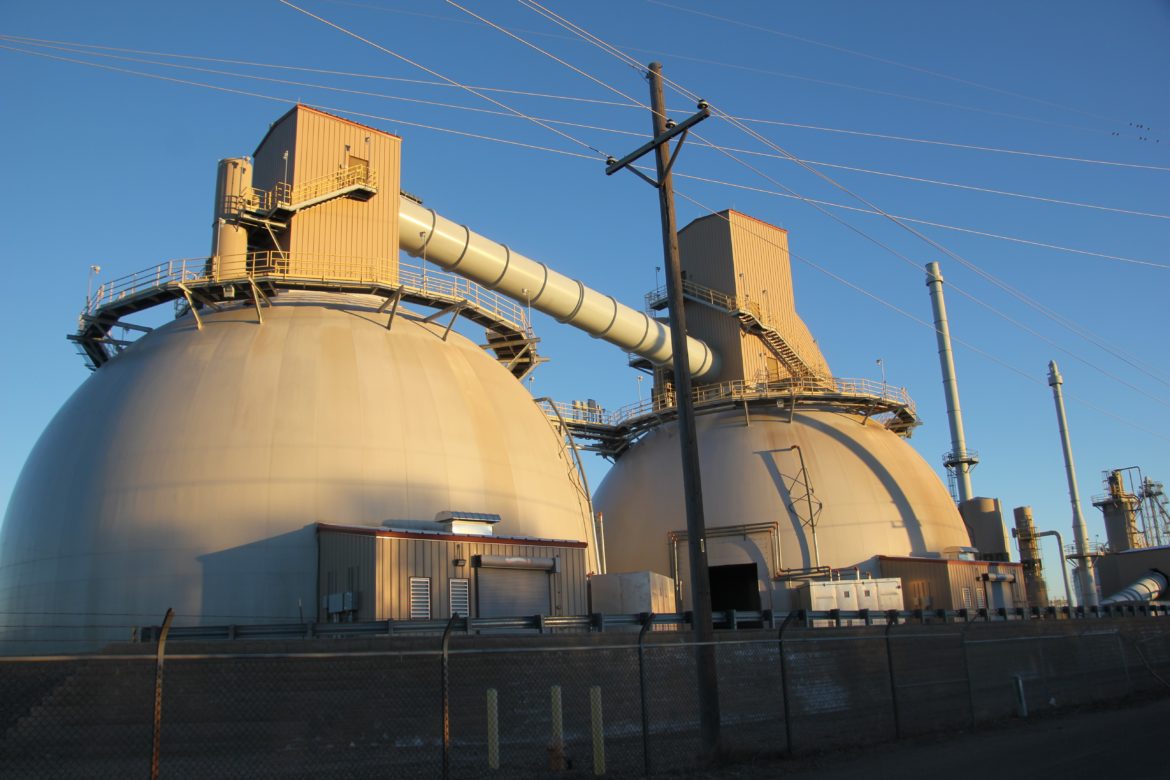 A power plant in Lamar, Colorado - one of the cities that could switch to Tri-State Generation & Transmission under a deal being discussed with members.

“I don’t think Tri-State is on the verge of implosion,” says one observer as the energy provider proposes more flexible requirements for members.

As a Colorado energy provider deals with an insurgence of member co-ops seeking cleaner power and better rates, a deal being discussed this week may allow it to hang on to its biggest customers, as well as solicit new ones.

A tentative agreement about a bylaw change will be reviewed March 6 at a special meeting of the 43 member co-operatives of Tri-State Generation and Transmission in Colorado and three adjoining states. United Power, a cooperative serving 90,000 members near Denver, had announce in November that it wanted to negotiate a better deal, on the heels of two other member co-ops seeking to leave entirely.

John Parker, the chief executive of United Power, says the change being studied would achieve substantially what United wants.

“It’s not perfect, but it’s so close that we are certainly going to support it, at least if it’s in the form that we saw at the last meeting,” said Parker recently.

The proposal would create new classes of membership, although details have not been determined. Even if a majority of members approve the bylaw changes at Tri-State’s annual member meeting in early April, the specifics would still have to be worked out. Potentially thorny issues include whether “shall” or “may” will be used.

United wants a partial-requirements contract, to allow it to shop for resources, especially renewables, that are cheaper, “so that we can start bending our cost curve down and benefit the membership (of United),” says Parker.

Members of Tri-State currently have all-requirements contracts. They can generate up to 5 percent of their own power and, at least in some cases, more. But they cannot buy power off the open market.

Last year, United was responsible for 14 to 15 percent of the total electrical generation delivered by Tri-State to members, by far the largest of any member. Jeff Heit, of Guzman Energy, a wholesale provider that has been currying favor of Tri-State’s disaffected members, calls United the “tail that is wagging the dog.”

Parker said that United’s demand has nearly doubled in the last five years, owing not only to residential and commercial growth in the co-op’s service territory but also because of escalating demands in the booming Wattenberg oil and gas field. In the next three to five years, United expects another 50 to 70 percent growth in demand.

The heavy carbon footprint of Tri-State’s power has also become a potential issue with new corporate customers, according to a letter United sent to other co-ops in early November in an invitation to examine Tri-State’s path. The co-operative competes for customers on Denver’s northern flanks with Xcel Energy, which has promised to reduce the carbon footprint of its portfolio 80 percent by 2030 as compared to 2005 levels.

Carbon content of Tri-State’s electricity has become an issue with at least one other member. Directors of Durango-based La Plata Electric last fall adopted a goal of achieving 50 percent carbon-free electricity by 2030. The 30,000-member co-op also has a committee of directors studying options, including a potential exit from Tri-State.

Poudre Valley REA in September submitted a letter expressing concern about the lack of clear efforts to take advantage of plunging prices of wind and solar.

Tri-State remains heavily invested in coal and natural gas generation. A recent filing by WildEarth Guardians with the Colorado Public Utilities Commission noted that coal was responsible for 41 percent and natural gas 26 percent of Tri-State’s generating portfolio as of 2017. Rates have also been rising more rapidly than energy prices altogether, 56 percent since 2005. United Power thinks they should, if anything, be coming down as more renewables get integrated into the grid.

However, Tri-State has promised stable rates for at least the next several years as it adds renewables and closes coal plants. It had an 8 percent stake in a unit at the now shuttered San Juan Generating Station in New Mexico. In Colorado, it will retire a small coal plant at Nucla in 2022 and has a 24 percent ownership in Craig Station Unit 1, which is to retire by the end of 2025.

About 32 percent of energy consumed by Tri-State members comes from renewable sources. Wind and solar capacity will rise 45 percent by 2023 as a result of two new projects announced this year: the 100-megawatt Spanish Peaks Solar Project about 20 miles east of Ludlow and other one-time coal-mining camps in southern Colorado and the 104-megawatt Crossing Trails Wind Farm in eastern Colorado.

The addition of renewables and the potential new partial-requirements classes could also be viewed as a response to simmering revolt. One member, New Mexico’s Kit Carson Electric, left “the family,” as co-operative members are often called, in 2016. Another member, Delta-Montrose Electric, also wants out, but has been unable to agree upon a fair exit fee with Tri-State. The Colorado Public Utilities Commission has agreed to try to sort out what constitutes a fair price at a week-long hearing scheduled for June. Whatever the PUC rules, the dispute is expected to then move to a civil court.

Expansion instead of implosion?

The bylaw change, if it occurs, would also allow Tri-State to supply new customers. Mike Dreyspring, general manager of La Plata Electric, says he believes that motivates Tri-State more than the desire to fulfill United’s wish for partial requirements.

Tri-State is already negotiating with six municipalities in Colorado collectively supplied by the Arkansas River Power Authority. Rick Rigel, the authority’s general manager, says Tri-State would refinance $135 million in debt principal and assign to Tri-State the authority’s existing power contracts, including the low-cost power from federal dams. He says he believes the deal could be consummated by summer if one of the six towns, La Junta, approved. Other towns and cities that have already indicated support are Holly, Trinidad, Las Animas, Lamar, and Springfield.

The authority has lingering debt from an attempt that began in 2005 to retrofit a natural gas plant into a “clean coal” plant. The plant failed to produce emissions that met federal clean air standards.

Tri-State’s Boughey says the association can sell power to the Arkansas River towns now. A new class of membership could allow long-term contracts for not just power but also transmission services and expertise. “The bylaw change would create additional flexibility about how we would structure potential relationships,” he says.

Several co-op managers downplay the discontent among Tri-State members. “I don’t think Tri-State is on the verge of implosion,” says Jack Johnston, general manager of Southeast Colorado Power Association.  “In fact, I think it’s going in the opposite direction. Any organization of its size in an industry of this complexity and evolution occurring simultaneously, you have to be nimble and strategic about how you plan. I think Tri-State has demonstrate that (it is).”

That will be a central question when directors of Highline Electric Association, which serves primarily center-pivot sprinklers around Holyoke, Colo. review the proposed bylaw change. Mark Farnsworth, the general manager, says the question also remains of whether the proposed changes will leave Tri-State stronger or weaker will be at the core of the discussion in coming weeks.

“There is just a lot to be determined about how to keep other members whole,” says Mike McBride, general manager of Gunnison County Electric Association. “It’s encouraging that we are having the conversations and exploring the possibility,” he adds.