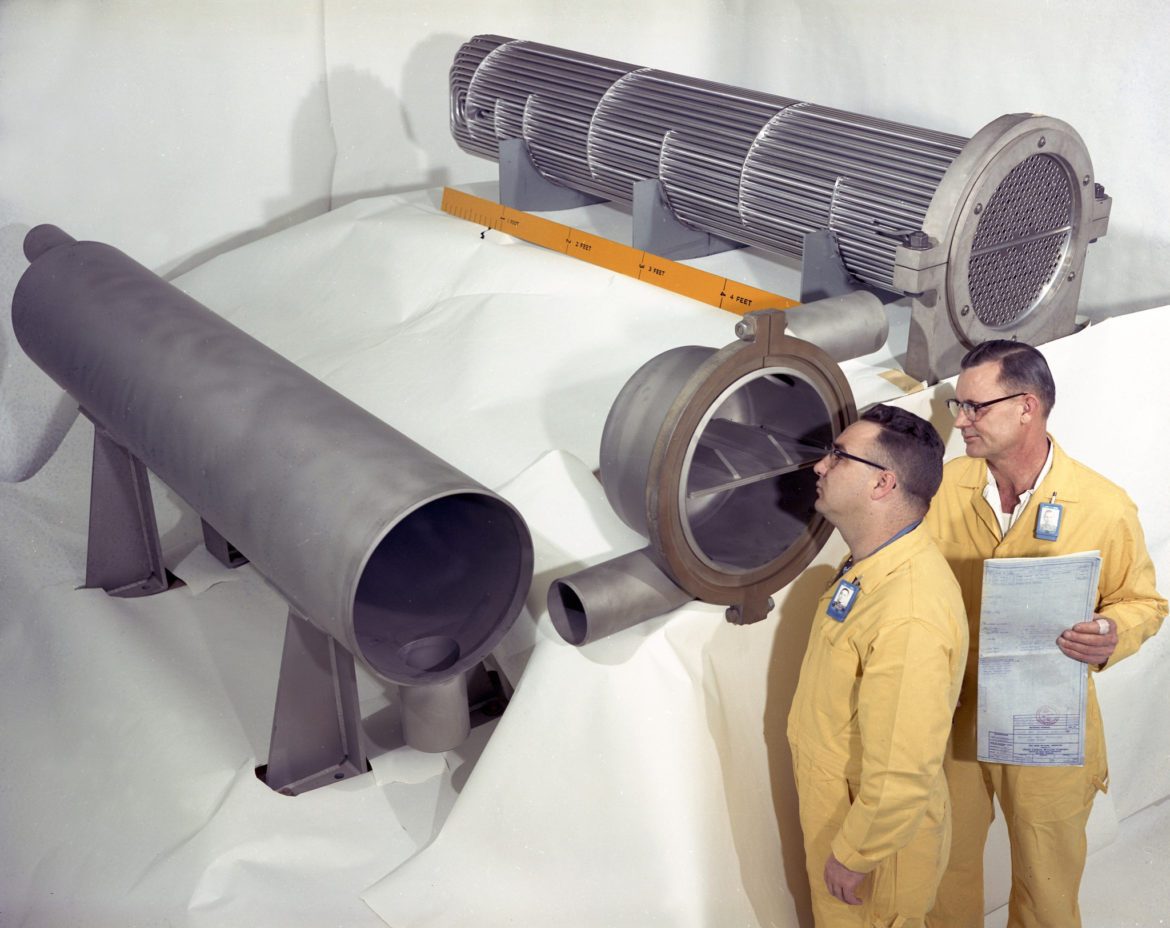 Technicians inspect a heat exchanger at the Oak Ridge National Laboratory. A new Ohio bill would promote a nuclear energy technology tested there in the 1960s.

A group of Ohio lawmakers wants to help make the state a leader in advanced nuclear technology, but some critics are questioning the benefits and potential risks to taxpayers under a new bill to promote research and development.

“The intent is to move the ball forward and make Ohio a leader in advanced reactor technology,” Stein said.

Nuclear watchdogs, though, said the bill would mostly benefit investors while shifting risk to the state. And it promotes pie-in-the-sky goals that distract and divert attention from more promising climate solutions, they said.

“HB 104 comingles military and civilian nuclear research and technology, would reprocess high-level radioactive waste in Ohio, and would allow for the commercial disposal of radioactive waste in our state, all in one poorly written package,” said Patricia Marida, chair of the Ohio Sierra Club Nuclear Free Committee.

Ohio already has substantial expertise in the nuclear energy field, Stein noted. That includes nuclear energy research at Ohio State University and industrial interests such as BWXT’s nuclear technology offices and manufacturing facilities in the state. Additionally, the state has a pool of skilled workers from places such as the Piketon nuclear fuel operations and the Perry and Davis-Besse nuclear power plants.

The new entity created under the legislation would “have control in setting rules and writing standards” for activities related to advanced nuclear research, Stein said. The extent and terms would depend on how much authority the federal government was willing to delegate to the state.

Beyond that, a for-profit “consortium” company would be set up under the bill to carry out or fund research and development activities. The company’s initial offering would be 20 million shares of common stock at $50 per share.

“There’s currently about eight companies in the U.S. who have very fleshed-out, well-laid-out reactor plans, that would like to move forward,” Stein said when asked about potential investors for the venture.

“We’re not asking for any government subsidies like we’ve done in the past for many other industries,” Stein said.

However, the bill would let the authority spend public money for its “essential governmental function and matters of public necessity.” And it could also acquire private property and use eminent domain. If contamination occurred on property owned by the state, it might be responsible for clean-up costs if other parties failed to pay or went bankrupt.

Beyond that, the bill would allow tax credits ranging up to 35 percent for investors in the company.

“If I was going to make investments anyway, I would look at it as being able to defer some of my tax costs,” said John Paul Morrow, a senior policy consultant for eGeneration Foundation, which would have a role in implementing the legislation. Ohio Secretary of State records show it’s a registered trade name for the Energy From Thorium Foundation. The nonprofit promotes scientific research into thorium for nuclear energy and is based in Cleveland.

The eGeneration Foundation’s website focuses more on the development of medical isotopes than on energy in its description of a proposed for-profit corporation and economic development authority similar to those outlined in HB 104.

Morrow said his group “would have nothing to do with the authority that would be created” under HB 104. “What we’re doing now is promoting the idea of a consortium … and the technologies that it develops,” he said.

As introduced, HB 104 would make that a formal role and authorize eGeneration to spend up to $1 million of that consortium’s money each year.

Ideally, the enterprise could start turning a profit from the medical isotope business within three years and start paying out dividends within five to seven years, “creating somewhere around 1,200 very high-paying jobs,” Morrow said. 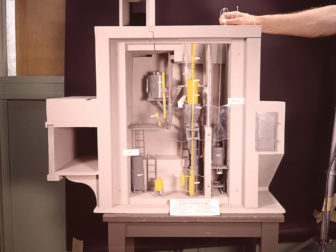 A scale model of the molten salt reactor at the Oak Ridge National Laboratory, which studied the technology from 1965 through 1969.

The website for eGeneration describes a molten salt reactor, similar to a project operated at Oak Ridge National Laboratory back in the 1960s. Stein also said he was inspired by a tour at the national lab some years ago.

The national lab had a workshop on the technology in October. Yet the long lapse of time still makes the payback time described by Morrow seem ambitious under current licensing and siting requirements.

Setting up the state authority and having the project as a research and development operation could streamline the process, Morrow noted.

Energy for the long term?

Although Stein is focused on economic development, the proposal comes at a time when groups across the country are grappling with the potential for nuclear power to limit climate change. Some groups are warming to the idea of keeping existing plants open. However, it’s questionable whether newer, smaller nuclear plants would be ready in time to make a practical difference.

“The idea that advanced reactors are going to save the day by helping to eliminate fossil fuels by 2050 is not realistic,” said Edwin Lyman, acting director of the Union of Concerned Scientists’ Nuclear Safety Project.

Read more: Does clean energy include nuclear? Pennsylvania is latest state to debate

Most sources agree that commercial power plants with the new designs likely won’t be ready until the 2030s. And significant deployment likely won’t happen until at least the 2040s.

Bill sponsor Stein acknowledged it will be a while before advanced nuclear reactors are ready for the commercial energy market. He referred to the medical isotope angle as a way to provide revenue along the way.

“We’re not looking at this for a short-term policy,” Stein said. “We’re looking at this as an opportunity for Ohio to invest in a sector that eventually has the potential for bringing a lot of jobs to Ohio and long term could make a big difference in Ohio’s economy.”

Critics wonder why private or public investors would invest in speculative nuclear technology, as opposed to renewable energy, battery storage, electric vehicles or other technology that could produce profits in a shorter time frame.

“The commercial feasibility of any of this stuff is so far off in the future, it doesn’t represent a good use of our [research and development] resources,” said Tim Judson at the Nuclear Information & Resource Service.

He also worries about the bill’s provisions promoting recycling of high-level nuclear waste. Stein suggested that energy from spent fuel rods and retired nuclear plants “would power the United States for 700 to 900 years.”