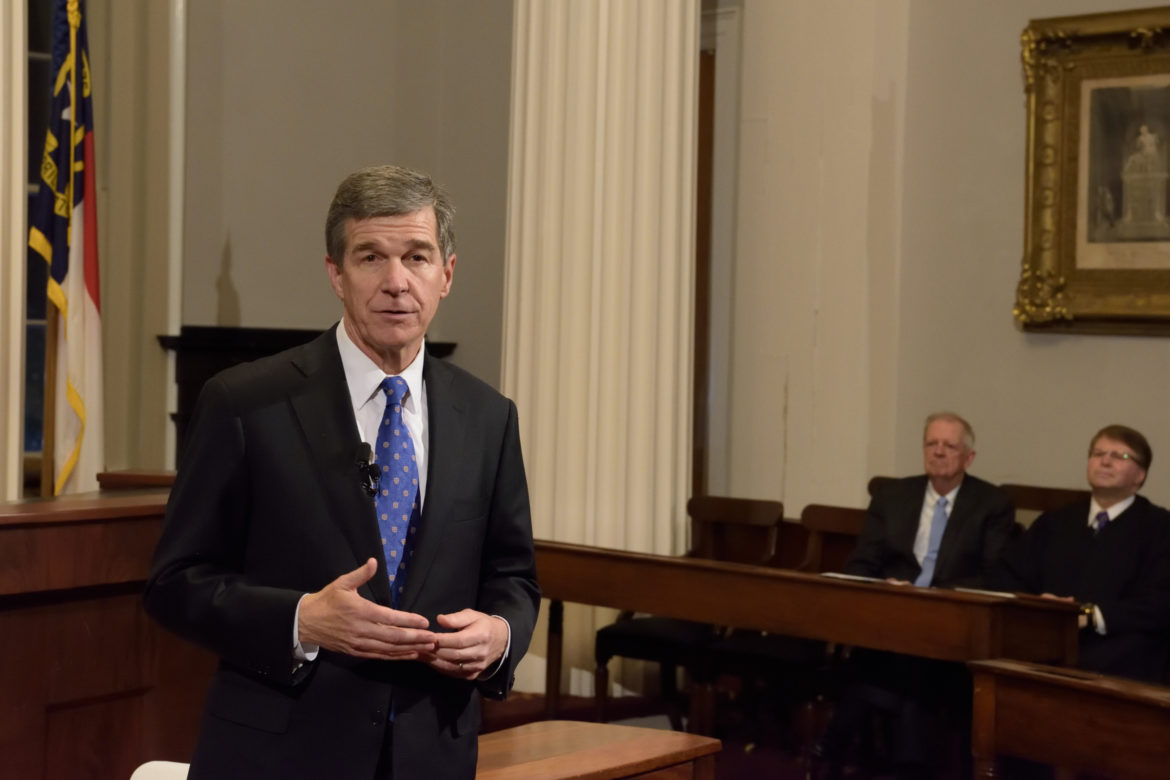 The proposal to legislators asks for $300,000 to study the state’s potential role in the offshore wind industry.

If approved by state legislators, a one-year, $300,000 study will analyze the state’s potential to manufacture, ship and service offshore wind turbine components: enormous towers, blades and other specialized parts that are now imported from Europe.

Mid-Atlantic and New England states that have conducted their own such assessments are starting to corner the nascent U.S. offshore wind market, said Katharine Kollins, the president of the Southeastern Wind Coalition.

“This has already been done by a number of states who are much further ahead in Northeast,” Kollins said. The study, she said, “is really just about North Carolina keeping up with other states and maintaining competitive advantage.”

While the U.S. is home to only one operating wind farm off the Rhode Island coast, the federal government has leased areas in the Atlantic Ocean that could hold an additional 14 gigawatts of offshore wind capacity, enough to power over 5 million homes. Several other lease areas are in the planning stages.

Many states — especially those with ambitious renewable energy goals — are racing to establish manufacturing supply chains and servicing jobs for all this development, creating a virtuous cycle of more local jobs, lower costs, and more offshore wind energy.

The supply chain and port study in Cooper’s proposed budget would assess how North Carolina might create its own positive feedback loop. While the state is perhaps best known for making furniture, it has a robust energy-related manufacturing sector, including 27 wind-related manufacturing facilities that employ more than 1,000 people.

“North Carolina has long been a leader in developing and supporting new industries like clean energy, and we’re a leading state for manufacturing,” said Cooper’s Department of Commerce in a prepared statement. “The supply chain study will shed light on the best approaches for our state’s existing network of suppliers and for our skilled manufacturing workforce.”

A recent analysis in Virginia suggests a regional approach. Including a leased area off the Outer Banks, nearly 9 gigawatts of offshore wind projects from Maryland to South Carolina are contemplated in the southern Atlantic. The Virginia study recommends a “collaborative, multi-state cluster” to service these projects, to “maximize economic development benefit, likely beyond what would be recognized if pursued as independent ventures.”

“Through competitive advantage, this cluster could compete for business as far north as the [New York Bight Wind Energy Area] and possibly beyond,” added researchers from BVG Associates, an independent energy consulting firm hired to conduct the study.

Virginia officials have also identified five ports that could realistically be used for offshore wind activities. Similarly, the North Carolina wind study would evaluate its ports in Wilmington and Morehead City and determine any upgrades needed for assembling and shipping large components.

Offshore wind farm operation and maintenance also offer port-based jobs. “You really just need to be able to get a boat with people in and out, and some repair materials in and out,” Kollins said.

Port assessments and improvements can pay off. Following an evaluation in Massachusetts, the port in New Bedford is undergoing $200 million worth of upgrades, including deepening channels and enlarging terminals and wharves. In part as a result, developers of an 800-megawatt offshore wind project committed last October to use New Bedford as their primary staging and deployment spot.

‘An industry that cuts across politics’

In materials released Wednesday, Cooper, a Democrat, packaged the wind study as part of his plan to “help clean energy and green business grow.” But though he must sign the budget, the governor has no formal role in drafting it; that task falls instead to the Republican-controlled General Assembly.

The House will pass its spending plan first and is under no obligation to act on the governor’s proposal. “It’s a suggestion,” said Rep. Jason Saine, a Republican from Lincoln County and a chief budget writer.

Saine hasn’t yet examined the governor’s wind study,  but he didn’t rule it out, saying that there would be points of both disagreement and agreement between his party and Cooper.

Asked if he thought funding for the wind study and university-based clean energy centers would clear the House, budget writer Rep. Chuck McGrady, Republican from Henderson County, said by email, “No idea. It is too early in the process to figure that out, since I’ve had no discussions with my colleagues about any of those issues.”

In any case, Democrats gained enough seats in November to sustain the governor’s veto, giving them more leverage in the budget negotiations. But Kollins is optimistic the wind study won’t become a point of contention.

“Offshore wind is truly one of those industries that cuts across politics,” she said. “It’s heavy industry that environmentalists can get behind.”