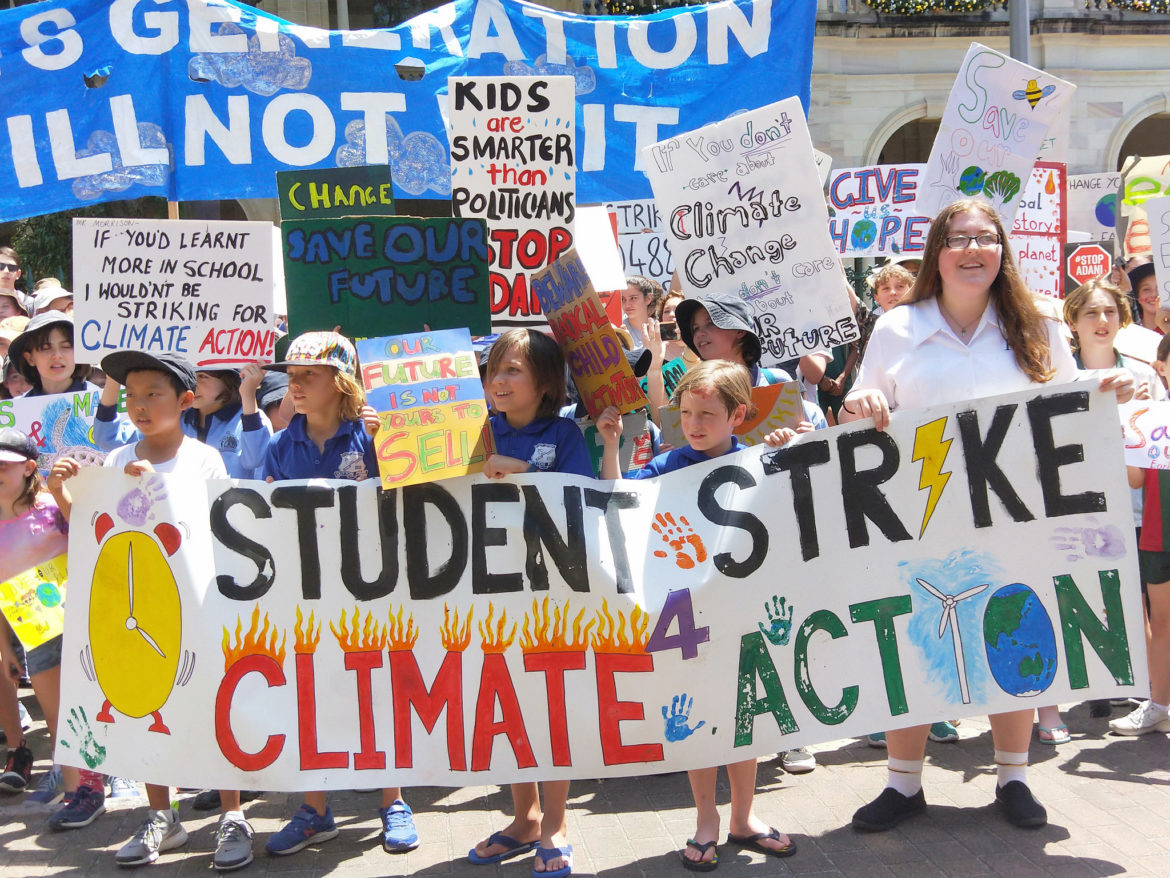 Ohio students are expected to join thousands nationwide in skipping class Friday to protest lawmakers’ inaction on climate change. The walkouts in Cleveland, Cincinnati, Columbus, Toledo and Akron are inspired by Swedish teen Greta Thunberg and will be among more than 1,300 similar strikes around the world.

“Adults underestimate how much we know about climate change and how we can actually have a mind of our own and be able to use our voice and influence people,” said Haven Coleman, a co-leader of the U.S. campaign from Denver, Colorado, who turns 13 this month.

Underestimate? Maybe. But recent polls suggest that most Ohio adults don’t disagree with the youths’ desire for climate action and a transition to clean energy, though they differ on motivations and sense of urgency.

Nationwide, a growing majority of Americans worry about human-caused climate change, according to data released last month by the Yale Program on Climate Change Communication. Statewide results show that 55 percent of Ohio adults share that view, although that’s 6 percentage points less than the national average.

Roughly three-quarters of Ohio adults favor policies that would regulate carbon dioxide as a pollutant, the Yale data show. That includes a majority in all of Ohio’s 88 counties, even those with coal mining and natural gas production from fracked wells.

A majority in all Ohio counties favor requiring utilities to provide at least 20 percent of electricity from renewable sources, according to the Yale data. The question did not ask about higher percentages, but another recent poll did.

“If it were up to you, what percent of Ohio’s electricity would come from renewable sources like wind and solar power?” Public Opinion Strategies asked a sample of 400 Republicans and Independent voters in Ohio who identified themselves as conservatives. The firm performed the survey for the Ohio Conservative Energy Forum and reports that it has a margin of error of plus or minus 4.9 percent. Two-thirds said they would like the state to get at least half of its electricity from renewable sources.

“We look at these issues as driving economic development,” said Tyler Duvelius, executive director for the group.

A disconnect with lawmakers

In March 2017, for example, the Ohio House of Representatives passed a bill that would have made the state’s renewable energy standard voluntary. A revised version of the bill would have had relaxed but enforceable requirements, but it did not pass in the Ohio Senate last year. Further action is likely from the current General Assembly.

‘We have to take this radical action now and make change now.’

In the same vein, a 2014 budget bill tripled the property line setbacks for commercial wind farm turbines in Ohio. The change measured the setback of about a quarter of a mile from the property line, rather than from any dwelling. The Ohio Senate voted last year to roll back the 2014 law, but the House refused to acquiesce.

However, at least 60 percent of Ohioans who identified themselves as conservatives favor setbacks of a quarter mile to residences, according to the Ohio Conservative Energy Forum’s poll.

“The Constitution guarantees property rights” for people to use and lease their property as they see fit, Duvelius said. “The Constitution does not guarantee a right to a view,” he added when asked about opponents’ nuisance claims.

Where youths and adults diverge

Yet a gap still exists between most Ohio adults and the young school strikers, both in the share of clean energy they want and how soon they want it.

“Our demands include things like an equitable transition for fossil fuel-reliant communities to a renewable community,” added state coordinator Kaleab Mammo-Jegol. Such measures could help laid-off workers and others in areas whose economies have long depended on coal or natural gas. In his view, “climate action is a social justice issue.”

Adults also lack the sense of urgency the youths have. Two-thirds of Ohioans in the Yale poll agreed that global warming will harm future generations, and that includes a majority in all of Ohio’s counties. Yet only 55 percent statewide worry about it now. And just 47 percent say global warming is already harming people in the United States.

Time and again, adults have told young people to be patient and wait for a more gradual transition, Mammo-Jegol said.

“Well, we can’t take that and wait until our fellow peers die, or our earth dies,” he answers. “We have to take this radical action now and make change now.”