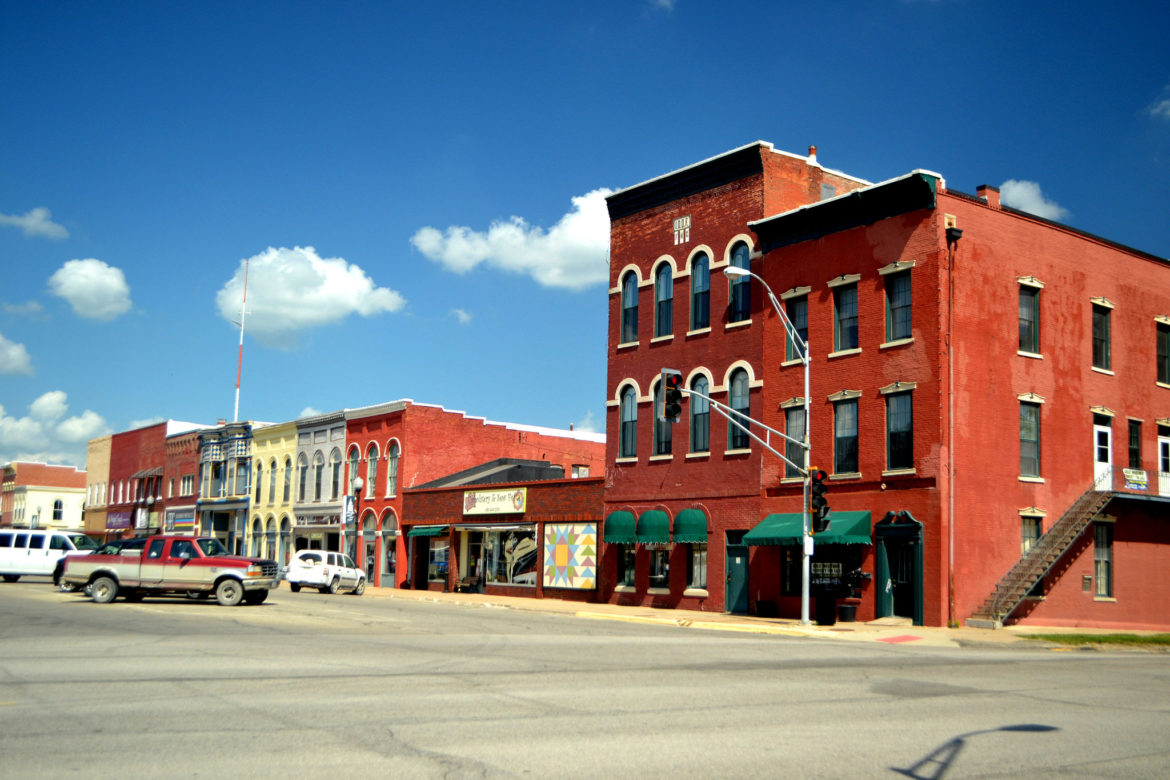 As the rest of the state retreats from energy efficiency, Bloomfield is betting information can spur improvements.

With a few clicks, residents of a small Iowa community now can learn the energy usage and efficiency rating of nearly every single-family house in town.

The building benchmarking program is part of an aggressive plan to tap efficiency and renewables to meet a goal of total energy independence by 2030 for the small town of about 2,700 people in far southeastern Iowa.

The city owns both its electric and gas utilities, which gives it more leeway than most communities to chart its own course on energy issues.

Unlike most cities that compile energy usage data on privately owned structures — known as benchmarking — Bloomfield didn’t have to pass an ordinance or involve customers. Because it owns the utilities, it has the data, which has been publicly available for at least 20 years, according to Chris Ball, the city’s community development director.

Benchmarking “absolutely” was easier in Bloomfield because the city owns the utility, Ball said. He has spearheaded the city’s energy independence initiative, which so far has included free energy auditing and modest efficiency upgrades in homes, occupancy sensors in city buildings and LEDs in school buildings.

A couple years ago, he began compiling energy use figures going back 10 years and put the latest 12 months of data into the Environmental Protection Agency’s Portfolio Manager software. He created profiles for 850 of the city’s 1,100 single-family homes. The resulting picture was dismaying.

He calculated the number of British Thermal Units (KBTUs) consumed per square foot, a reflection of energy efficiency or Energy Use Intensity. The average across the Midwest is 49.5. The standard for new homes is 13. In Bloomfield, according to Ball, 350 of the homes scored above 75.

The financial ramifications were significant, he said. A 2,000 square foot home with a KBTU score of 13 generates about $520 in annual energy costs, according to Ball, while one with a score of 75 generates $3,000 in energy costs.

‘I think it’s been eye-opening. I don’t think people realized how much gain there could be in making their homes more efficient.’

The Bloomfield City Council voted last week to make the data available on an online map. A simple click on any of the 850 measured homes generates that building’s Energy Use Intensity, the past 12 months of gas and electricity usage and the bills.

“So now, when you’re thinking about a rental or purchase decision, that information is available to you,” Ball said. He hopes to update the map’s figures at least every quarter.

As he gradually and carefully made known that he was gathering utility data for all to see, Ball worried there might be pushback from residents. Quite the contrary.

“It’s one of few times I’ve been stopped on the street. Every comment has been positive,” Ball said. “I think it’s been eye-opening. I don’t think people realized how much gain there could be in making their homes more efficient.”

Making the Bloomfield housing stock more efficient is high on Ball’s to-do list. Because insulation and heat pumps are costly, and because about half of the city’s residents have low or moderate incomes, Ball has been working on a way to help residents finance efficiency upgrades.

The city intends to institute an on-bill repayment system, probably one known as Pay As You Save. Utilities finance efficiency upgrades, which residents — whether owners or renters — gradually pay off as part of their utility bill. The program is structured so it approves only investments that will lower monthly bills enough that savings would exceed costs.

The city government has allocated $121,000 to get the program underway. It will need to find an independent capital source for another $629,000, Ball said. He’s pretty confident that money will start flowing in a few months, alleviating the hefty upfront bill that might be discouraging homeowners from investing in efficiency now.

”Once that kicks off, I think we’ll be more likely to have takers,” he said.

A study completed five years ago confirmed that Bloomfield’s aspirations are within reach. It found that with major efficiency improvements, direct load control and a modest investment in renewable energy, Bloomfield could produce locally the equivalent of all the energy it needs.

Bloomfield’s benchmarking project and clean energy initiatives that preceded it are getting a boost from one critical factor: the ownership of the local utility.

When the study was published five years ago, Anne Kimber, who directs the Electric Power Research Center at Iowa State University, articulated the relationship that is pushing clean energy forward in Bloomfield.