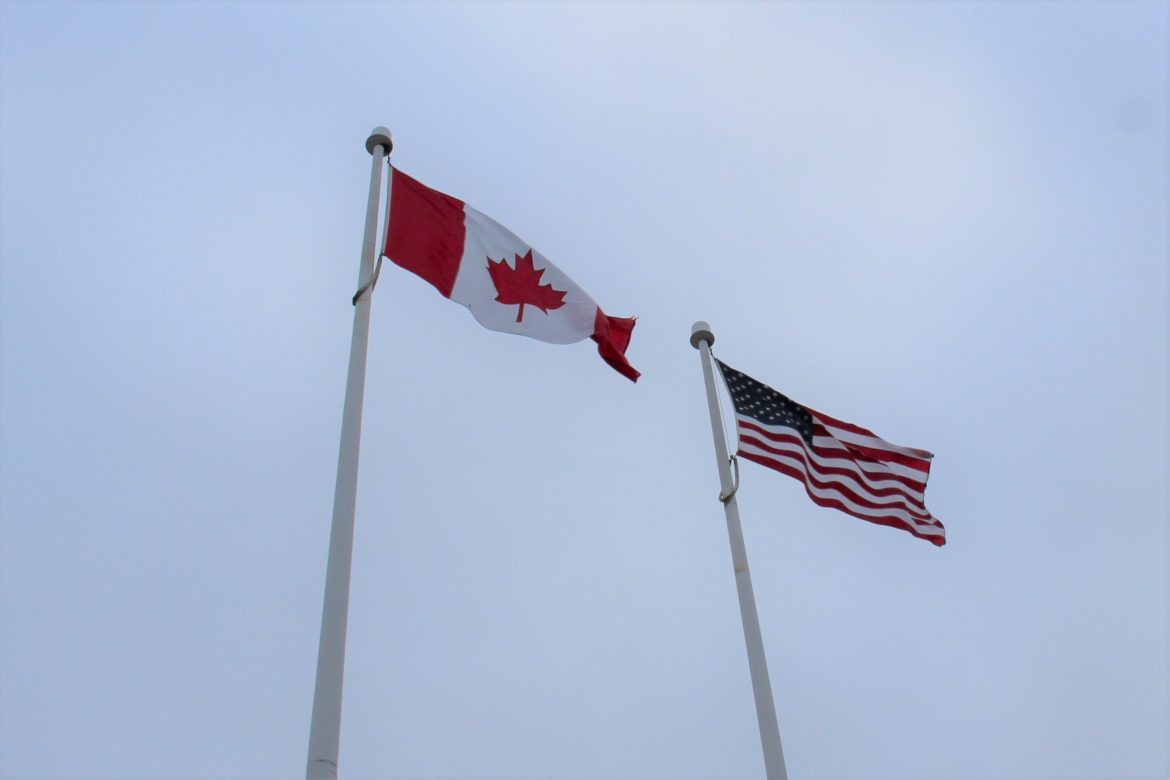 Both nations face similar debates on emissions limits, a carbon tax, and other energy-related issues.

Legal and policy experts from both countries agreed that cooperation is desirable and most likely necessary to mitigate and adapt to climate change. Yet speakers disagreed on which policies or actions could effectively achieve those goals. Meanwhile, climate change is ongoing, and the time window for taking cost-effective action to deal with it is shrinking.

“We have to make some timelines that people stick to,” said James Peterson, former minister of international trade for Canada.

While many politicians say they favor an all-of-the-above energy policy, institute speakers stressed the need for climate change action at the national, regional, state and provincial, and city levels.

“We need an all-of-government approach,” said Chios Carmody, a law professor at the University of Western Ontario and Canadian national director of the institute. He and all other conference presenters spoke in a personal capacity.

What’s the connection to energy?

Carbon dioxide levels in the atmosphere have gone up more than 35 percent since the Industrial Revolution began, said Eugene Takle, an emeritus professor at Iowa State University and co-author of the Fourth U.S. National Climate Assessment released in late 2018. Most of the increase in carbon dioxide and other greenhouse gases comes from fossil fuels.

“We know that it’s the increase in these greenhouse gases that’s the cause of what we’re seeing now” in climate change, Takle said. Reducing fossil fuel use can help avoid some of the worst impacts and prepare for the future.

“Are we going to adopt a really good renewable energy future where we reduce our emissions considerably? Or are we just going to do business as usual?” Takle asked.

What are the prospects for high-level coordination between Canada and the United States?

“I think you’re going to see collections of states working together along with the Canadian provinces,” said James Blanchard, former U.S. ambassador to Canada. Yet it may take a change in leadership before the United States is willing to engage in more cooperation to limit greenhouse gas emissions at the national level.

What are the two countries’ strengths and weaknesses in the realm of climate change action? 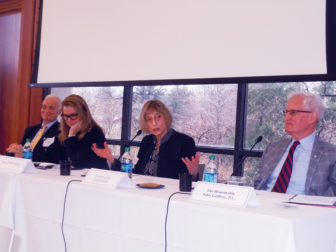 As she sees it, the two countries have done well in responding to climate-related disasters when they happen and in planning to deal with future consequences. However, the countries’ efforts fall short in reining in emissions to avoid the worst climate change impacts in the future.

How does Québec stand out in its approach to climate change action?

Québec has been a leader north of the border, with more than 99 percent of its electricity and nearly half of its total energy coming from renewable energy, primarily hydropower and wind, Carmody noted. The province’s rich hydropower resources and its tradition as a “distinct society” within Canada have also played a role in Québec’s informal diplomacy with various New England states.

In 2014, Québec and California also made an agreement to engage in some emissions trading, reported M. Marc DeBlois, a senior advisor to Québec’s Ministry of the Environment and the Fight Against Climate Change.

Right now it might be a tough sell. Barely six months after announcing it would join an emissions trading program with California, Ontario reversed course in 2018. In the meantime, large amounts of “free allowances” under Ontario’s emissions program were bought up, presumably for speculation and later resale, reported John Godfrey, a former member of Parliament and Canadian cabinet minister.

How likely are cross-border initiatives on counting emissions?

Under the Paris Climate Agreement, countries will use emissions inventories to determine progress toward their self-determined targets. But right now the accounting often favors imports over domestic materials for manufacturing.

For example, a company in Canada that uses steel to make products would have to include greenhouse gas emissions from making that steel if it came from Canada, but not if it came from the United States, noted Martha Hall Findlay, president and CEO of the Canada West Foundation and a former member of Parliament.

BCAs, or Border Carbon Adjustments, can adjust the accounting to deal with that problem, Godfrey suggested. “It’s not just about U.S. steel. It’s about imports from anywhere in the world,” he said.

What are the prospects for a carbon tax in each country?

As in the United States, Canadian perspectives differ. Proponents see a carbon tax as a way for the fossil fuel industry to pay more of its environmental costs, instead of shifting those costs to society as a whole under the guise of market externalities.

The concept has some bilateral support in the United States, although it has not moved ahead under the Trump administration. The idea has also met strong opposition from some conservatives in Canada.

How do Canadian tar sands fit into the picture?

Canada’s oil sands produce about 10 percent of the country’s greenhouse gas emissions, and the industry says it is working on ways to reduce those emissions. Some technological innovations could even get the emissions within levels that would pass muster in California, Findlay said.

“You might not like the fact that the world is using oil. We would actually like to see an alternative to oil. But that’s not going to happen,” Findlay said. “The world is going to continue to use and consume fossil fuels for at least a couple of decades.”

“But that doesn’t mean we can waste decades and export Canadian oil sands to China or [liquid natural gas] to China,” Pollack countered. In her personal view, “We don’t have the time to waste. We have to leave that stuff in the ground.” And policies should recognize and address the economic impacts on jobs and people in the petroleum-producing regions, she added.

As policymakers continue to debate in each country, what’s the general climate change forecast?

Experts expect more heat waves in many areas, along with more droughts in dry areas and more extreme rain and other precipitation for wet areas. For the U.S. Midwest, that will include more events like this year’s spring floods.

Floodwaters already cover huge swaths of Nebraska and Iowa. Beyond that, more above-average, less severe flooding is likely for much of the eastern United States this spring, including areas of Ohio. The National Oceanic and Atmospheric Administration announced that outlook on March 21, 2019.

In addition to widespread property damage, agriculture and other industries will be at risk in both the United States and Canada, Takle noted. Climate change will also lead to more health problems and social problems as well.

Will there also be opportunities?

The answer is yes, according to Grant Goodrich, director of the Great Lakes Energy Institute at Case Western Reserve University. As he sees it, water-rich regions like the Great Lakes area will likely become more attractive to investors if they wisely manage climate change adaptation plans. Innovators in energy can seize economic opportunities as well.