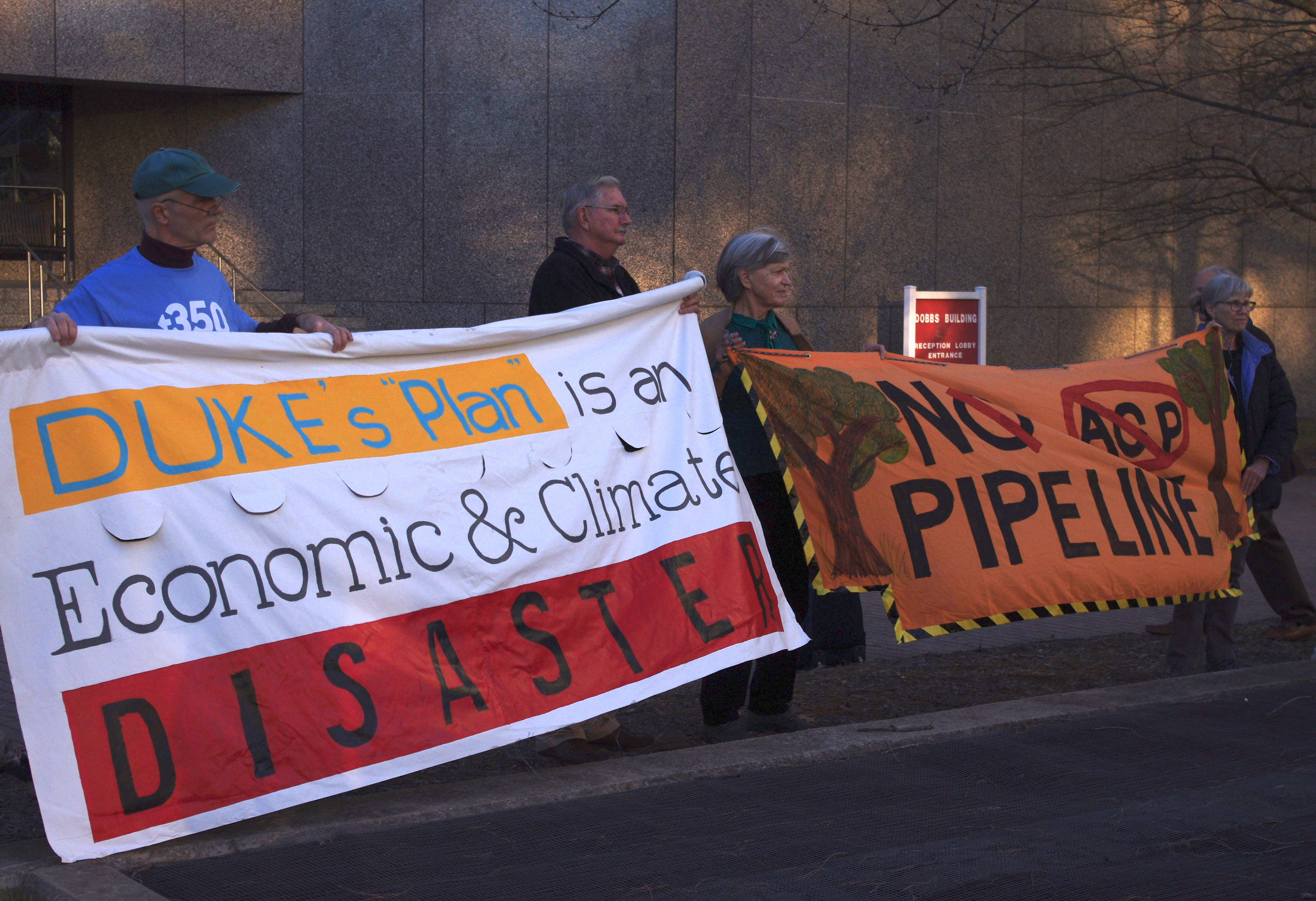 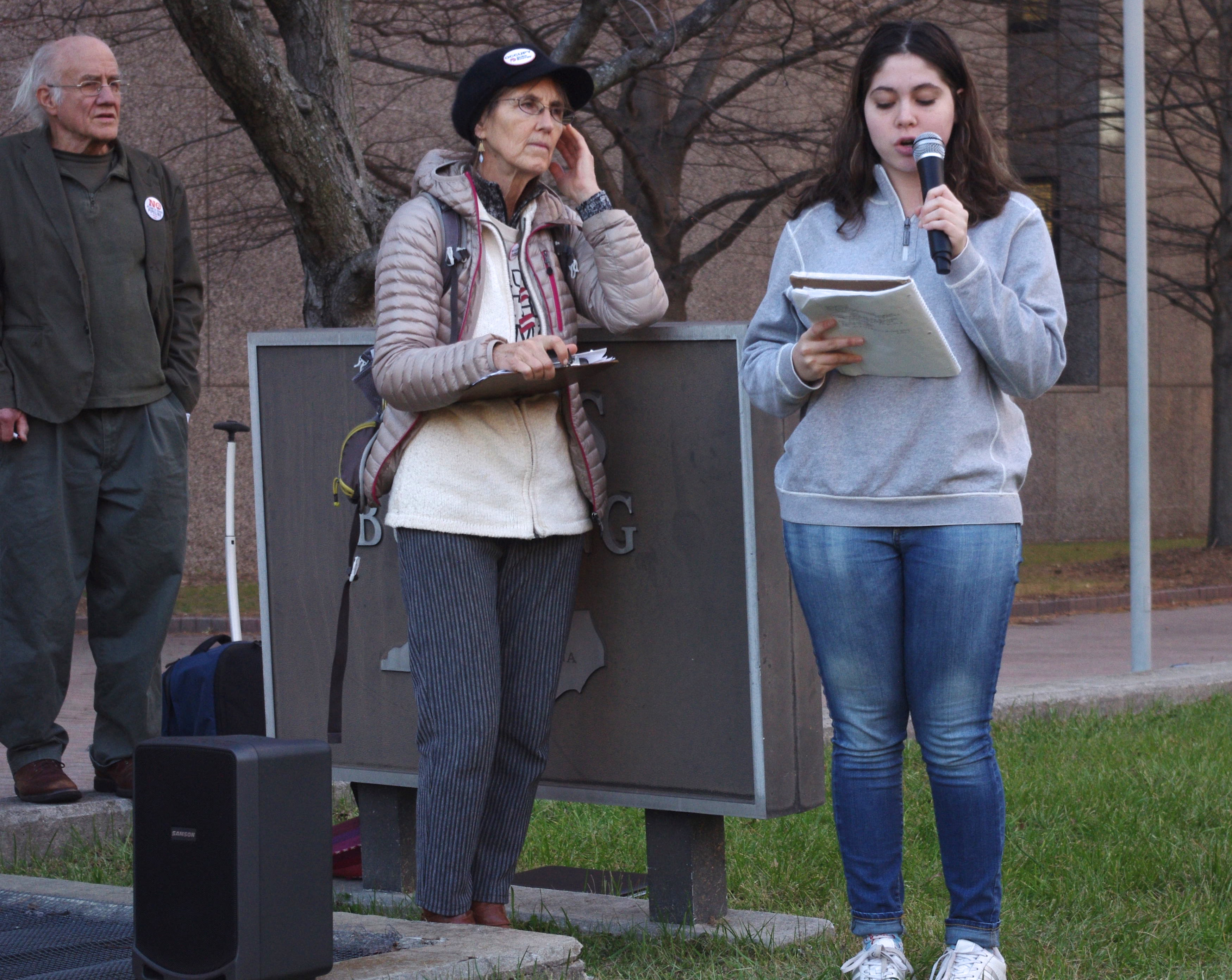 Every two years, critics blast Duke Energy’s long-term generation plan in North Carolina, decrying it for containing too much coal and gas and too little renewable power. Each time, regulators approve the company’s blueprint with few if any changes.

Could this year be different?

Duke’s latest proposed 15-year plan is similar to its last: the company projects building more than a dozen new fossil gas units, deriving 8 percent of its electricity from renewable sources, and keeping several of its coal plants running past 2033.

But some clean energy advocates and activists believe the state utilities commission will look more skeptically on this proposal than on past versions.

They point out the panel’s members have changed since the utility’s last plan was adopted. They say the rapidly falling cost of clean energy technologies make them a better deal for ratepayers than fossil fuels. And they’re joined by more than a dozen state legislators in asking for statewide public hearings and an expert witness hearing to scrutinize Duke’s plan.

How the commission rules on those requests could be the first indication of whether it will break with recent precedent. And for the activists — especially young people — who packed the only public meeting held so far on the utility’s projections, the underlying threat of climate change makes regulators’ decision more important than ever.

“We’re living in a dangerous and scary time,” said Colson Combs, a 15-year-old who also testified against Duke’s plans two years ago. “You don’t have the power to solve the problem of climate change,” he told commissioners. “You do have the power to hold Duke accountable.”

More than just a plan

Duke’s long-range blueprints (one for Duke Energy Progress and one for Duke Energy Carolinas) are not binding. The company must still win state approval for new power plants on an individual basis, and it needs federal permission for interstate projects like the contentious Atlantic Coast Pipeline. But those case-by-case decisions are informed by Duke’s planning documents, called integrated resource plans.

The North Carolina Utilities Commission, a quasi-judicial body appointed by the governor and confirmed by the state’s General Assembly, has final say over these IRPs, which are updated annually and revamped every two years. Through formal legal interventions in the past, clean energy advocates have repeatedly sought changes to the plans, and growing numbers of residential customers have filled public hearing rooms to do the same.

The efforts have had limited impact. In 2013, the commission approved Duke’s plans but told the company to “consider additional resource scenarios that include larger amounts of renewable energy resources” in subsequent IRPs. In 2017, commissioners accepted the utility’s electricity demand forecasts but acknowledged they “may be higher than reasonably justified.”

That same year, environmental groups offered evidence that Duke could save ratepayers $10 billion by canceling a planned nuclear plant in South Carolina and increasing solar power six-fold, among other measures. Commissioners directed Duke to consider some of their analysis, but still deemed the utility’s nuclear and solar plans “reasonable and appropriate for planning purposes.”

‘Not the least-cost scenario’

The company’s battery storage proposal of 300 megawatts in both Carolinas is below the 5 gigawatts experts will be economical by 2030. And while Duke emphasizes its plans to nearly double solar capacity, advocates counter the utility is required to do so over the next five years under a sweeping 2007 law known as House Bill 589.

“Duke’s integrated resource plan basically shows build out of House Bill 589 clean energy resources, and then, essentially, nothing,” said Peter Ledford, general counsel with the North Carolina Sustainable Energy Association. “That’s just not the future that we believe is appropriate.”

Ledford’s group employed independent energy consulting firm Synapse, which used Duke’s demand projections to map out an alternative “Clean Energy Scenario.” The analysis, presented earlier this month in written testimony to the utilities commission, showed Duke could generate 21 percent of its electricity from renewable sources in 2033 — nearly three times what the utility plans in its IRPs — and still save ratepayers money.

“The Synapse study really revealed that Duke’s IRP is not the least-cost scenario,” Ledford said. Pointing out the study showed the company’s coal plants should be closed sooner than planned, he added, “Duke’s coal fleet is fairly uneconomic.”

The Southern Environmental Law Center presented the commission with similar conclusions, intervening on behalf of the Sierra Club, the Natural Resources Defense Council, and the Southern Alliance for Clean Energy.

In their formal comments, the groups questioned the company’s 17 percent projected reserve margins, the generation capacity needed beyond peak demand. And they offered expert analyses showing that Duke had “undervalued and under-projected” solar resources.

In a press release, John Wilson, research director of the Southern Alliance for Clean Energy, explained, “our analysis proves that Duke Energy’s plan was preordained to cap solar energy.”

‘A big discussion that needs to happen everywhere’

Durham nonprofit NC WARN, an outspoken Duke critic, has charted a clean energy course in which 50 percent of homes and commercial buildings are powered by solar and battery storage by 2030. The plan is evidence that Duke’s “increasing reliance upon gas-fired generation is not inevitable,” the group said in its comments to regulators. “Instead, there is a realistic path forward to renewable energy which is cleaner, more reliable and affordable.”

‘Increasing reliance upon gas-fired generation is not inevitable.’

“The SCC was able to determine the utility overstated load growth expectations through evidence and testimony from an evidentiary hearing,” NC WARN said in its comments.

For months, the group has been calling for just such a hearing, which would require Duke executives to testify in person under cross examination, not just through written comments. As of this month, four other environmental organizations and more than a dozen legislators, primarily from the Charlotte area and western North Carolina, have also called for the expert witness hearing.

“Duke is proposing an IRP with 8 percent renewables and 5 percent energy efficiency by 2033,” said Rep. Verla Insko, a Chapel Hill Democrat and the only legislator from the Triangle region to write to the commission. Noting an executive order from Gov. Roy Cooper calling for a 40 percent reduction in global warming emissions by 2025, Insko continued, “Duke clearly needs some expert assistance in achieving an IRP that is in keeping with the times.”

Legislators are also asking for public hearings in their communities beyond the one held in Raleigh in February. “I didn’t think one session was sufficient,” said Rep. Nasif Majeed, a Charlotte Democrat. “I think we need several around the state to let us ponder what we’re doing.”

Rep. Joe Sam Queen, a Democrat from Haywood County on the Tennessee border, believes Duke should be doing more to enable consumers to reduce their electricity use. “This is a big discussion that needs to happen everywhere,” Queen said, “and certainly in western North Carolina.”

‘Running out of time’

Because of its changing composition, the seven-member utilities commission may be warming to these arguments. Since taking office in 2017, Cooper, a Democrat, has added two new commissioners, Dan Clodfelter and Charlotte Mitchell, and reappointed one, TaNola Brown-Bland.

All three Cooper appointees have partially dissented or written separate opinions in at least one major ruling on clean energy, most recently in Duke’s controversial green tariff program. (The University of North Carolina, a key intended beneficiary, says it won’t participate.) Three of the four members in that order’s majority — Chairman Ed Finley, Jerry Dockham and James Patterson — have terms that expire June 30, before the panel is expected to rule on Duke’s IRPs.

Still, even if Cooper names three new members to the board, the General Assembly may not confirm them in time to participate in a decision about the IRPs; two years ago, the GOP-led body sat on two of the governor’s appointments for months.

In any case, the odds the commission will reject Duke’s IRP’s outright — as Virginia did — remain low. Most advocates have their immediate sights set on additional public hearings and evidentiary hearings — a decision on which is expected “shortly,” Patrick Buffkin, staff attorney for the commission, told legislators earlier this month.

For all advocates’ talk of “least-cost,” there’s another statutory mandate when it comes to the state’s supply of electricity: reliability. That’s a point Meredith Archie, a Duke spokeswoman, stresses in explaining her company’s 15-year plan.

“We have to look at multiple variables. We look at cost, we look at reliability, we look at customer growth,” Archie said. “So, while we are focused on clean energy solutions, we also have to be cognizant that we have to be able to provide reliable energy to our customers 24-7.”

Asked about the deep, near-term reductions in pollution scientists say are necessary to avoid dangerous global warming, Archie responded, “we’re looking at options that continue to reduce our carbon emissions, that’s something we’re really committed to.” But, she added, “we also have to have a thoughtful transition throughout this that incorporates a diverse energy mix.”

Critics take issue with that approach.

“The longer we wait to make the commitment, the more expensive it’s going to be, and the more drastic and radical the measures required to achieve clean energy reliance,” said Rep. John Autry, a Charlotte Democrat. “How can we afford the future if we continue to invest in the past?”

Lily Levin, a 17-year old high school senior who co-founded Triangle People’s Power and spoke at the Raleigh public hearing, echoed a common refrain.“We are running out of time,” she said. “More important, Duke energy is running out time.”