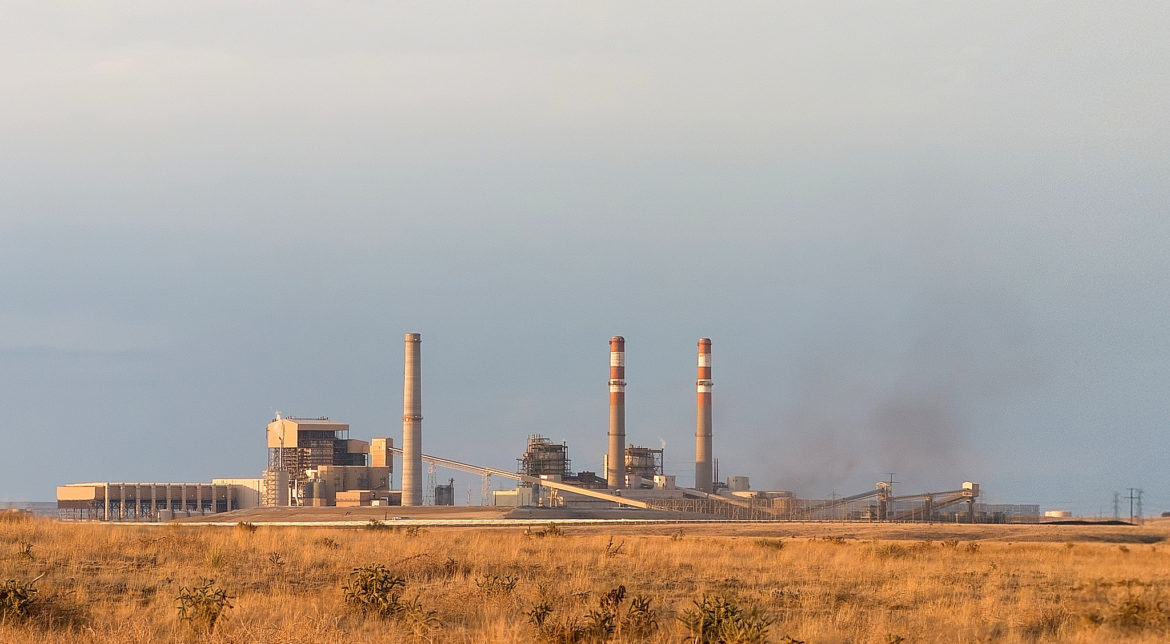 The change could make new fossil fuel plants less attractive and speed up the shuttering of existing power plants.

Update: A bill (SB19-236) was introduced April 9 that would require the state’s utilities commission to use a social carbon cost of $46 per ton beginning in 2020 when evaluating utility resource plans.

Colorado utilities would face a new test before investing in power plants or other generation resources under a proposal from Gov. Jared Polis.

Polis, who campaigned last year on a platform of achieving 100 percent renewable electricity by 2040, wants state regulators to filter all utility resource decisions through the lens of the social cost of carbon.

The social cost of carbon is an attempt to put a price on the harms (and some benefits) caused by carbon emissions, both now and in the future. It’s a way to “account for the full costs of and benefits of various actions,” Will Toor, the director of the Colorado Energy Office, said in recent testimony before the Colorado Senate Transportation and Energy Committee.

Consider a natural gas peaker plant. If a regulatory analysis included how its emissions would contribute to flooding, droughts and other global climate change impacts in the future, would the plant still be considered a lowest-cost generation source?

The proposal from the Polis administration comes as Colorado legislators take up how to reconfigure the powers of the Colorado Public Utilities Commission, if at all. A state regulatory review last October recommended no substantive changes.

But many activists see the urgency of climate change and a dramatically altered energy landscape as grounds for substantial changes. The last review was in 2007, just three years after the state adopted its first renewable energy mandate. What’s needed now, said Conservation Colorado’s Amelia Myers at the recent Senate hearing, are “smart, modern ways of thinking about how our citizens get their electricity.”

At the top of Conservation Colorado’s list and many others’ testifying at the hearing was institutionalizing the social cost of carbon.

It wouldn’t be the first state to do so. Minnesota and Washington apply the social cost of carbon in energy resource planning, while New York and Illinois use it to set payments to nuclear generators. The metrics were developed by a federal interagency working group from 2009 to 2016. The Trump administration disbanded the group, but the guidelines remain the primary reference.

Two years ago, the Colorado PUC ordered Xcel Energy, the state’s largest electrical utility, to include pricing of carbon emissions in plans for new generating capacity. Xcel soon made the exercise moot when it announced it wanted to shed two aging coal-fired plants and replace the power with wind, solar and a dab of natural gas.

Kevin Rennert, director of the Social Cost of Carbon Initiative at the Washington D.C.-based Resources for the Future, said “institutionalizing the damages from climate change into Colorado’s integrated resource planning process should lead to clean resources of energy being favored over higher-emitting sources of energy.”

What is the cost?

Scientists and economists have created several models that seek to quantify the impacts of climate change. Underlying the math, however is a challenging question that involves as much ethics as economics: how much is future climate mitigation worth to us today?

This tension is reflected in disagreements about something called the discount rate, a figure that assigns the value today of cost and benefits in the future. (David Roberts, then writing for Grist, wrote a helpful explainer on the concept in 2012.)

The interagency working group in the Obama administration recommended a value that put the social cost of carbon around $45 per metric ton, while the Trump administration’s estimates only count domestic impacts and use a higher discount rate, reducing the cost down to $1 per ton, Rennert said.

In 2017, the Colorado PUC ordered Xcel to use three different discount rates, 6.78 percent, 3 percent and 0 percent, in its resource plan analysis.

Xcel, which supplies more than 60 percent of Colorado’s electricity, expects to be at 55 percent renewables by 2026.

Despite Xcel’s push into renewables, Colorado remains heavily reliant on fossil fuels. The U.S. Energy Information Agency reported that coal was responsible for about half of electrical generation in 2017 and natural gas a quarter.

Coal will diminish rapidly by 2026 under retirement plans already announced. Three major coal-fired units — two in the Comanche complex at Pueblo and one at Craig — will be retired during that time, and one small coal plant at Nucla.

That still leaves Xcel with coal plants at three locations in Colorado and partial ownership of a fourth unit, along with an estimated 300 megawatts of gas-fired generation. One of those units, Comanche 3 — completed in 2010 at a cost of $1.3 billion — in theory can be used until 2070. Viewed through a carbon pricing lens, it could be used at lower capacity and retired far earlier.

“We pretty much beat coal,” said Mike Kruger, chief executive of the Colorado Solar and Storage Association. “The next battle line is natural gas, for heating as well as electricity generation. We believe that natural-gas peaker plants don’t make a lot of sense long-term because of (declining costs of) solar and storage.”

Other states, he said, have already concluded that new natural-gas peaker plants make no sense. “Right now we use a different metric. If we don’t have that proper metric, it will lead to more natural gas,” says Kruger.

The same carbon pricing tool could be used to ratchet down emissions further if Tri-State, the second largest electrical supplier in Colorado, undergoes scrutiny of state regulators, as the Polis administration wants. Tri-State argues that, because it was created by electrical co-ops and reports to the elected board of directors, it is immune from regulation by the PUC.

As of January, 47 percent of Tri-State’s power came from its coal plants and 4 percent from natural gas in its four-state operating area. However, in its early resource planning, it sees possibly several new gas-fired plants in the next 20 years.

Some clean energy advocates would like to see a complete restructuring of how Xcel and other investor-owned utilities make their money. Kruger, the solar advocate, said competitive markets will be key to Colorado achieving the 100 percent clean energy goal embraced by Polis. He also wants to see utilities compensated for achieving public policy goals, such as balancing the grid and delivering electricity, rather than their ownership of generating facilities.

But that change, Kruger acknowledged, even with reform-friendly Democrats holding the keys to state government in Colorado, will likely occur in increments.

Utilities have been monitoring the discussion but have so far said little. Other than wanting to see the PUC reauthorized, Xcel has no position, as no legislation has been introduced.

Most observers expect the social cost of carbon to get included, but there’s more doubt whether the Tri-State review — sure to be opposed vigorously by rural legislators already cranky about further curbing of the oil and gas industry — to make it from the wish list of the Polis administration and environmental activists.

On Tuesday the Senate committee is expected to discuss its preferences for what the PUC reauthorization bill should include. The Legislature adjourns May 3.