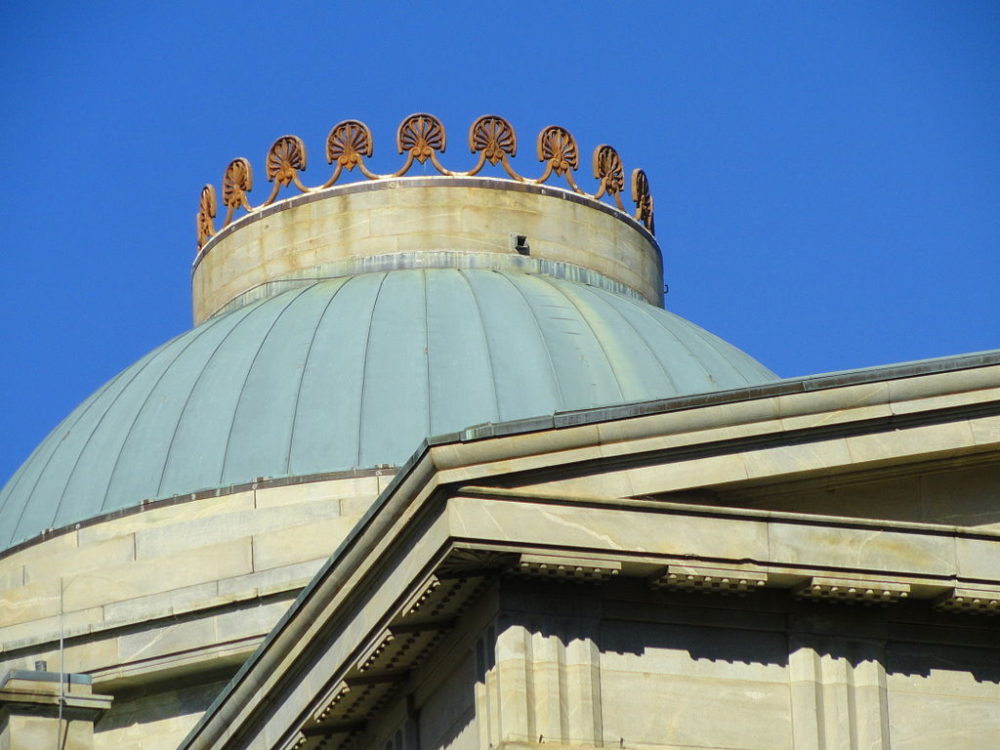 The efficiency requirements would more than pay for themselves in lower utility bills.

A bill moving quickly through the North Carolina General Assembly would require hundreds of prison facilities, university classrooms and other state buildings to curb energy use by 10 percent — a move that would save over a quarter billion dollars by 2025, according to state officials.

“The main purpose of this bill is to save the taxpayers of North Carolina money,” bill sponsor Rep. John Szoka, a Republican from Fayetteville, told his colleagues last week in the House energy committee.

House Bill 330 centers on building renovations like tighter air seals, lighting replacements and HVAC improvements — upgrades that more than pay for themselves in lower utility bills. But it also includes a no-cost directive to building managers that’s familiar to any child of frugal parents: turn the lights off when you leave the room.

That provision, requiring state building managers to cut off lights between midnight and 6 a.m., was added by Rep. Jason Saine, a Republican from Lincoln County, who said it was “inspired by my son and my wife and their honest efforts to turn off lights in our house.”

The amendment was a hit among committee members, though its impact may be hard to quantify. That’s not true of the rest of the bill, which builds on a 2007 requirement that state buildings reduce energy consumption 20 percent by 2010 and 30 percent by 2015. State agencies have now met those targets, saving over $1.4 billion in gross utility costs and avoiding over 3 million tons of greenhouse gas pollution.

That success is due in large part to an even earlier law enabling “performance contracting” for government entities, in which energy services companies guarantee annual savings. The savings pay for building upgrades over the course of several years, allowing governments to avoid huge outlays and netting money overall. The Department of Environmental Quality estimates increasing the conservation requirement to 40 percent will spur $792 million in upgrades, saving $1.1 billion in energy costs.

The bill’s targets would be enforced across all state agencies. But it also would require all large buildings 10 years or older to evaluate their potential for energy performance contracts, starting with those greater than 20,000 square feet. This first tier would include over 1,300 buildings, including hundreds at public universities and nearly 100 at the Division of Prisons.

House Bill 330 aligns with Gov. Roy Cooper’s executive order on climate change, which directs state buildings within his control to cut energy consumption 40 percent by 2025. But that’s irrelevant to Szoka, who says he hasn’t read the order. “If it is in line, that would be purely by circumstance,” he said.

Indeed, House Bill 330 has strong backing from Democrats, including Rep. Pricey Harrison of Greensboro, who helped write the 2007 law. And though it drew vocal opposition from a few skeptics in its first committee hearing, it cleared the House Energy and Public Utilities committee without dissent, and Szoka is optimistic about its prospects in the full House, where it could appear as soon as this week.

Ryan Miller, the executive director of the North Carolina Building Performance Council, a trade association for energy efficiency companies, has made House Bill 330 a top priority. He’s also hopeful about the measure and stresses its economic development potential. “We’re putting $800 million worth of work in place,” he said, but, “we’re not asking any allocation of funding.”

Still, the bill represents just the tip of the iceberg when it comes to energy conservation. Miller’s group estimates there’s another $12.7 billion more the state could save with upgraded building efficiency standards, efficiency upgrades in the manufacturing sector, and the like. “This is 8 percent of our reduction target,” he said.