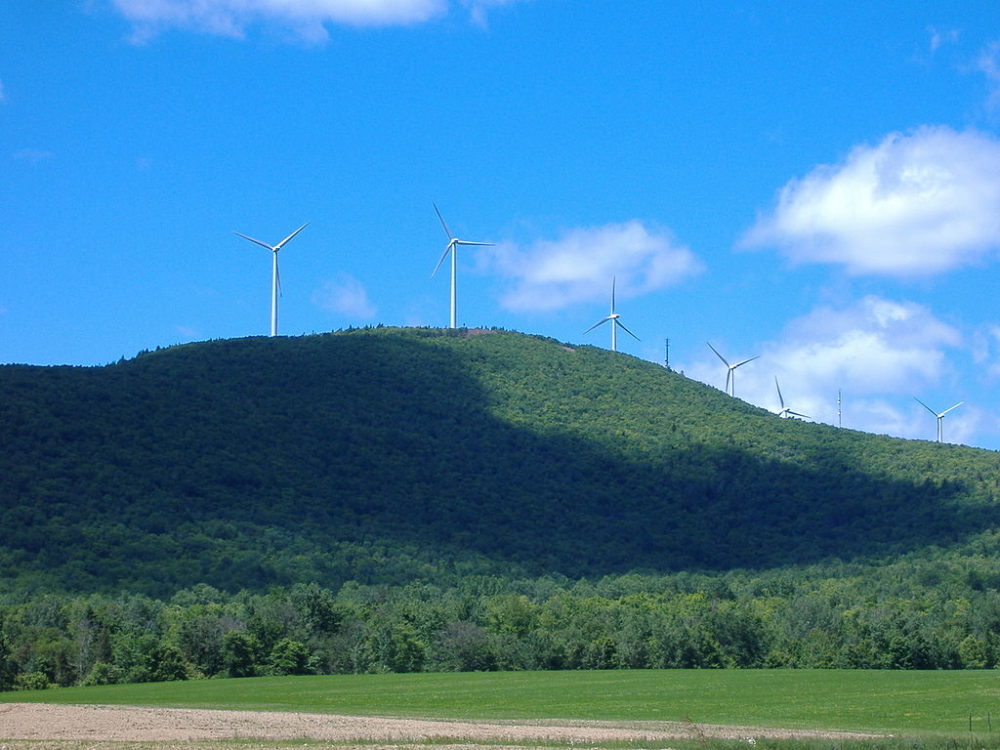 Gov. Janet Mills issued an order in February allowing permits to be issued again, but the impact won’t be immediate.

Maine’s onshore wind farm moratorium is over, but reviving the industry in the state won’t happen overnight, advocates said.

“It is time for Maine to send a positive signal to renewable energy investors and innovators — we welcome you,” Mills said in a statement announcing the policy change.

While the announcement sends an important signal, it’s unclear how long it will take to overcome the “chilling effect” LePage’s order had on the state, said Jeremy Payne, executive director of the Maine Renewable Energy Association.

No developers publicly canceled projects or announced plans to abandon the state, but most suspended the yearslong planning work that goes into getting a project built, Payne said. Work related to two existing applications continues, but the state has received no new filings since Mills’ Feb. 15 order.

Maine is attempting to reboot the wind industry as it debates ambitious new climate and renewable targets. Mills has called for a goal of 100% renewable energy by 2050. The Legislature is also considering proposals that include calls to reduce greenhouse gas emissions by 80% by 2030.

Projects generally require three to five years of predevelopment work including environmental studies, outreach to host communities, and coordination with economic development authorities. That doesn’t cover the work of securing interconnection agreements and obtaining permits, power purchase agreements and investors. In Maine, permits are required from the Department of Environmental Protection, the Public Utilities Commission and the Land Use Planning Commission.

Two projects proposed before or during the moratorium are in the permitting and predevelopment process. They include the 22-turbine, 72.6-megawatt Weaver Wind project in the towns of Eastbrook and Osborn, north of Bar Harbor. Its applications were accepted in November 2018. State regulators have a statutory deadline of May 17 to issue or deny a permit.

Another, RoxWind, is a four-turbine, 15.2-megawatt proposal in Roxbury in western Maine. Project manager Lindsay Deane-Mayer said the facility may be only a couple months away from getting its environmental permit. The project was far enough along for development work to continue during the moratorium.

RoxWind’s transmission application is pending with ISO-New England, the regional grid operator. Environmental assessments were completed last year and a public hearing was held in January in the town. Site work could begin in the summer or fall if the approval process stays on track. State regulators have a June 27 deadline.

“Our commissioning goal is to be operating by the end of 2020, and I think that’s still feasible,” Deane-Mayer said. “Because of the scale of the project, we don’t expect some of the issues you’ve seen for some of the larger projects.”

To date, Maine has 923 megawatts of installed capacity representing an investment of $1.8 billion, according to the American Wind Energy Association. However, the vast majority of that was built by mid-decade. Only one project of 22.8 megawatts was completed in 2017. None were added last year.

The state’s onshore wind industry could get a boost from a planned transmission project that would move wind power from northern Maine to customers in Massachusetts. The developer of the Maine Power Express envisions partnering with new and existing wind farms to deliver at least 630 megawatts over a land route that uses existing transmission corridors and the remainder buried undersea on its way to Boston. The project was an unsuccessful bidder in the Massachusetts call for clean energy.

However, MPX, as it is known, is still under development. Its backers expect it could be completed in seven or eight years.

“We’re working with wind development partners to see where we can provide access,” said Ryan Gahagan, its project manager. “We’re looking to policymakers in states that are trying to increase their renewable portfolio standard goals.”

While developers have applied for space on the regional grid’s interconnection queue, further development will depend on regional activities. Massachusetts, the biggest destination for clean energy, has mandated aggressive targets for clean energy and called for projects throughout the region. It mostly has been preoccupied with offshore wind and eventually, Canadian hydropower.

“There are many other states willing to host land-based wind and attract investment capital,” Payne said, “so at least Maine has raised its hand to say ‘we’re interested.’”