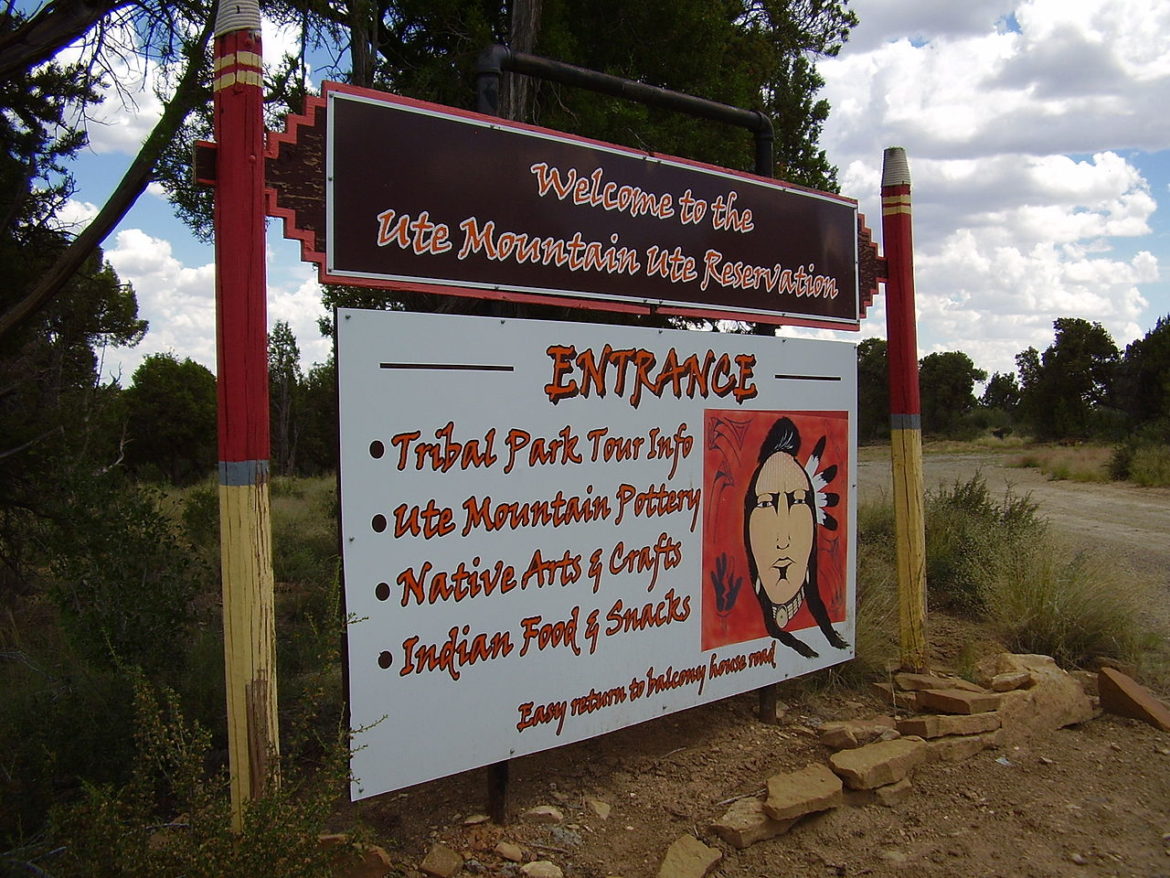 A solar array in Towaoc, Colorado, will bring renewable power to the Ute Mountain Ute Tribe.

Dozens of workers and volunteers will meet this month in a hayfield outside a tiny town on the southwestern tip of Colorado. There, they will unpack and install 3,500 solar panels, mounting them on a forest of steel pipes already sticking out of the ground.

The resulting solar array in Towaoc (pronounced toy-yak) will bring power to the 2,100 people living nearby. It will give the Ute Mountain Ute Tribe — one of three Ute Indian tribes in the southwestern United States — enough renewable energy to begin the first phase of a dream they’ve been developing for 10 years.

“We hope to meet the end goal of net-zero carbon emissions for the whole reservation,” said Scott Clow, the tribe’s environmental director.

Beyond that, the tribe hopes to learn how to build, finance and run a much larger solar business, one that would use more of its sun-baked, 960-square-mile reservation for arrays that could feed solar electricity into markets as far away as the West Coast.

Clow, who is not a member of the tribe, explained in an interview that the Utes are “excellently positioned geographically” because the reservation is located near the power grid that connects two large, coal-fired power plants in the Four Corners area of the United States that are about to shut down.

“So there’s going to be a void and a need for different types for power generation,” he said.

But first, the tribe will have to take smaller steps to climb a sizable learning curve. It begins with volunteers, a plan to use solar to reduce the tribe’s electricity bills, help from an California-based nonprofit called Grid Alternatives and a $973,000 matching grant awarded to the tribe for the project by the U.S. Department of Energy in 2017.

“There is huge interest in solar in Indian Country,” said Lizana Pierce, deployment supervisor for DOE’s Office of Indian Energy. So far, the nation’s 573 tribes have built 36 solar projects, 17 of which are either multibuilding rooftop solar projects or community-scale solar arrays like the one the Utes are about to erect.

DOE last month pumped $17 million more into the fund that supplies the matching grants. The national program is aimed at harnessing the “vast undeveloped energy resources” of tribal lands and Alaska’s native communities.

According to Clow, the Ute Mountain Ute Tribe’s hopes were dashed earlier when they applied for and were turned down for the DOE grant — but then they tried again. This time, Grid Alternatives, which has helped build community solar projects since 2015, came to their assistance and helped with another grant proposal. The tribe, which owns a casino and a farm and ranch business, raised $1 million for the match with the DOE fund. This time they succeeded.

Community solar projects were pioneered in Colorado and have since spread to California, the District of Columbia, Minnesota, Oregon and Washington state, said Adrienne Dorsey, who started the program for Colorado and is now executive director of Grid Alternatives’ efforts in the state.

She said her group uses volunteers, some skilled labor, and teams that rally community support and generate outside fundraising. The idea has its roots in rural America, where small communities often came together to help newcomers build barns.

“Barn raising is a good analogy for how community support works,” Dorsey said.

Grid Alternatives got its start in 2001 in Oakland, California, where two engineers, Erica Mackie and Tim Sears, had jobs advising corporations on how to save money on electricity bills through energy efficiency and renewable energy.

“We spent a lot of our time on airplanes,” Mackie recalled. On weekends, she would return home to find neighbors who could no longer afford to pay their electricity bills. “And there were five guys standing on the corner looking for work. And here was this growing [solar] industry, but they couldn’t get a job in it because they didn’t have experience.”

“So we took a flying leap,” she said, finally rounding up enough money and supporters by 2004 to begin installing rooftop solar arrays for needy families. One of their first installations was on a home being built by Habitat for Humanity, an Atlanta-based group that has demonstrated the value of using volunteers to help build homes in low-income communities.

“They certainly have given us a lot of advice,” Mackie said.

As her group explored more ways to deliver solar energy to poor neighborhoods, the price of solar panels began to drop. They cost $4.50 per watt when Grid Alternatives started. Now, the price can go as low as $1.30, depending upon sources and site conditions.

That encouraged Grid Alternatives to help stimulate projects in rural electric cooperatives and later on Native American reservations, which are among the poorest communities in the United States. The group has since worked with 40 tribes, including the Rosebud Sioux Tribe in South Dakota, where unemployment can hit 80% during the winter.

Ken Haukaas, tribal utility commissioner for the Rosebud Sioux, once described the problem that his tribe and others faced as such: Tribes often pay more for electricity but are more exposed to power outages because they live in remote areas.

“Every dollar that we spend for this energy from the outside world, that dollar goes away,” Haukaas said. “If we spend that dollar here and make that electricity here, that dollar can stay here and spin around a little bit and help our economy grow.”

Every year, Grid Alternatives finds about 4,000 volunteers from its diverse projects who are looking for jobs. The nonprofit estimates that 1,500 of them will later find jobs in solar or other forms of renewable energy or energy efficiency.

Community solar projects on tribal lands have also attracted college students and younger members of tribes looking for work. Clow has been rounding up potential interns among the Utes. Brittany Heller, a community engagement manager for Grid Alternatives in Colorado, is helping and will work with volunteers at Towaoc and from nearby communities.

Heller, a former construction worker, has dealt with as many as 60 volunteers in one day on other Colorado projects.

To be sure, putting the solar panels onto arrays can be hot work. She sees that there are nearby “safety tables” with everything from sunscreen to wet towels, medication for bug bites and first-aid kits.

“We won’t have a huge group of volunteers doing any kind of wiring. There are a lot of potential hazards with that kind of work. But we have people who are excited about solar and want to do it,” she said. “The Utes want their community to be trained up and know a little bit about solar because they have big plans.”

So far, only a handful of tribes are considering selling solar electricity commercially. There the learning curve will get steeper and the federal matching grants for tribes will not be available, noted Pierce of DOE.

“That’s a whole different ballgame,” she said, explaining that the federal support is focused on stabilizing tribal energy costs and not for commercial power sales. “A lot of people want to do it. For some it may materialize, for others it may not.”

“We have some companies we’re talking with about that,” Clow said, but added that he can’t get into the details.

“This is going to be a big barn we’re raising,” he predicted.