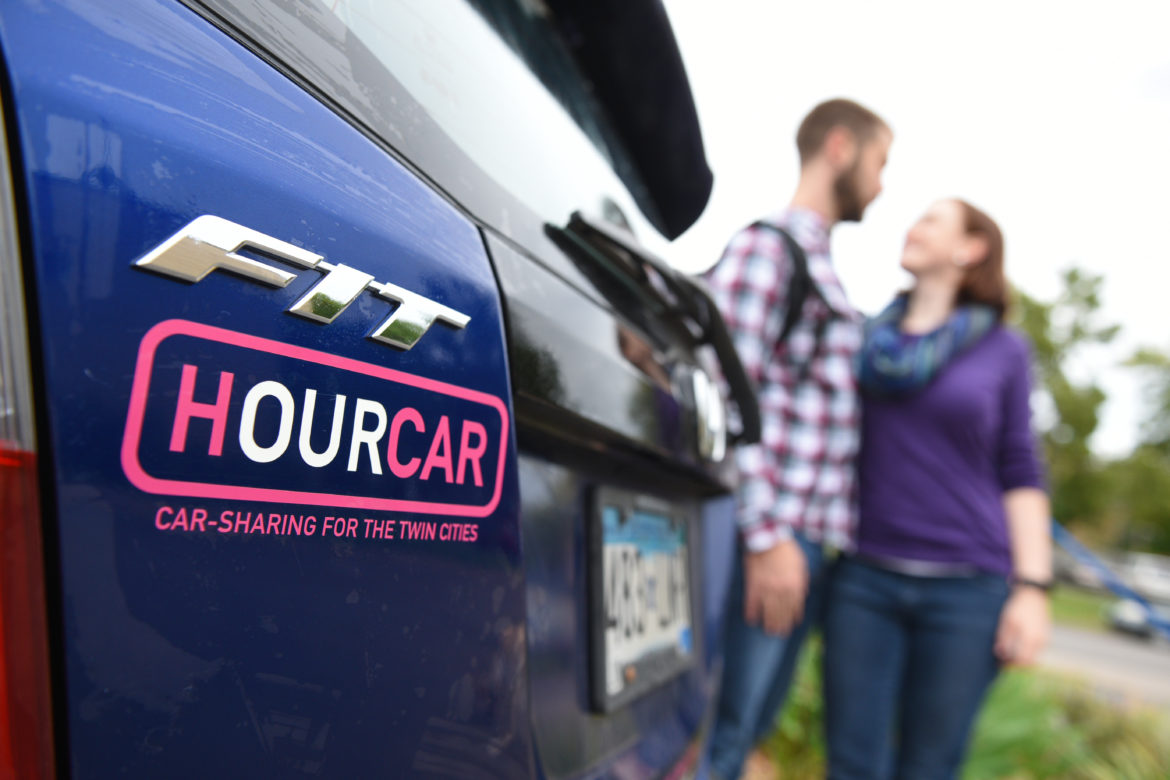 Hourcar, a nonprofit vehicle-sharing service based in St. Paul, plans to transition its fleet to be fully electric by 2020.

An electric car-sharing program under development in the Twin Cities is being hailed as potentially a national model for expanding access to low-emissions transportation.

Minnesota regulators earlier this month approved a nearly $25 million electric vehicle pilot program from Xcel Energy that, among other provisions, creates a network of 70 “community mobility hubs” in the Twin Cities and builds infrastructure for electrifying government transportation fleets.

Hourcar, a St. Paul-based nonprofit vehicle-sharing service launched in 2005, will provide vehicles as part of its effort to transition its fleet to be fully electric by 2020.

Evenly divided between Minneapolis and St. Paul, the community mobility hubs will have as many as four chargers to serve any electric car owner and Hourcar vehicles.

“This may be the largest public-private investment in electrified shared mobility in the United States,” said Paul Schroeder, Hourcar’s executive director. “We want to create a zero [carbon] transportation system to be good members and citizens of the community. This is a big step in the direction that our values have always pointed.”

Developing community mobility hubs is part of the $9.2 million Xcel will spend on public charging infrastructure, according to the plan approved by regulators. The remaining $14.4 million will be devoted to government fleet electrification.

The company plans to install 200 charging ports for the state, which wants to electrify 20 percent of its fleet. The city of Minneapolis will have 90 ports installed to prepare for fleet electrification. A third project will install charging infrastructure on Metro Transit’s first electric bus route in Minneapolis.

The company’s plan calls for preparing locations for chargers that would be owned by third parties. Clean energy organizations and several government agencies supported Xcel’s pilot.

Opponents included the attorney general’s office and a group of large industrial customers, who argued ratepayers should not have to pay for electric car infrastructure they may never use.

“When people ask where the new programs are being proposed I say there is hardly a state where utilities are not looking at this,” Halso said. “That speaks to the natural role of utilities in addressing transportation electrification.”

Xcel designed one of the better programs in the country, he said, because it includes creating charging options for heavy-duty and medium-sized vehicles and addresses how the new electric load created by transportation electrification will be integrated into the grid.

Halso said the community mobility hubs are a unique feature of Xcel’s plan. Los Angeles and Indianapolis have electric vehicle car-sharing services in place, he said, but there are few other examples. “I think car-sharing is part of the future of mobility and we support efforts to increase access to clean transportation,” he said.

Hourcar plans to triple the size of its fleet to include as many as 150 electric vehicles. The community mobility hubs, meanwhile, could have as many as 280 charging stations, Schroeder said.

Half of the community hub locations will be in low-income neighborhoods and within a five-minute walk of transit. The cities will own the charging stations, he added.

Today the company requires Hourcar members to return cars to the hub where they picked them up. But as Hourcar adds community hubs and transitions to electric vehicles, its members will eventually have the freedom to leave cars wherever they wish with a 35-square-mile footprint of the Twin Cities, Schroeder said.

The “one-way solution” allows commuters, for example, to use an Hourcar to drive home from a transit stop and leave the car in their neighborhood. “We see it as an enhancement for transit users,” Schroeder said.

Hourcar has a $4 million federal grant to buy electric vehicles, and Xcel will spend roughly the same amount to build out the community mobility hubs. The rest of Xcel’s public charging infrastructure budget will be spent on adding ports throughout its territory, said Kevin Schwain, leader of Xcel’s electric vehicle program.

Xcel anticipates creating charging infrastructure along transportation corridors both in the Twin Cities and in outstate areas, he said. Businesses and governmental organizations receiving money from the Volkswagen settlement will likely work with Xcel on the placement of charging stations.

The results of the pilot will help the utility “learn what are the programs and services and investments that will help our customers electrify efficiently and effectively,” he said.